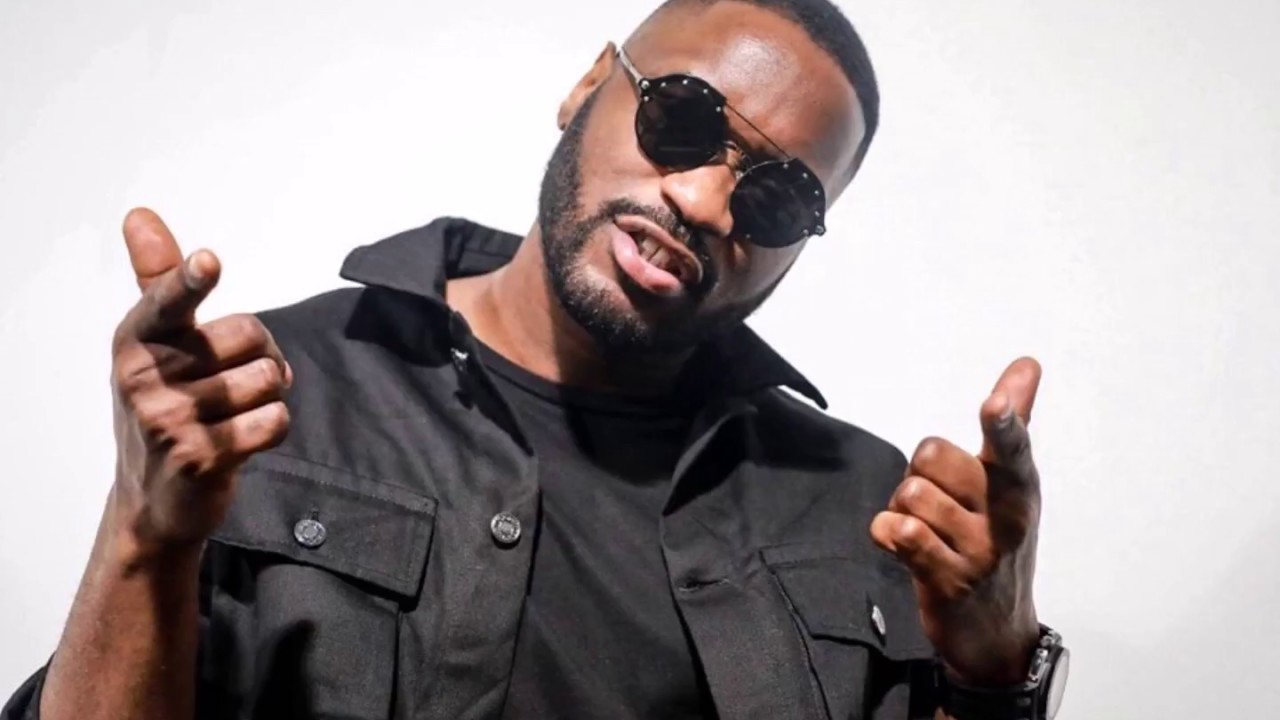 Nandos Music is a global platform aimed at bringing together upcoming talent and established music personalities within the UK Music scene together for mentoring and collaborations. The programme has previously seen the likes of Stormzy and Ella Eyre mentor young artists at the studios at The Roundhouse, Camden.

UK Grime artist, Lethal Bizzle was one of this year’s mentors – we had the chance to sit down with the rapper to find out more about the start of his music career the rise of Grime and his thoughts on the Media targeting Drill Music. 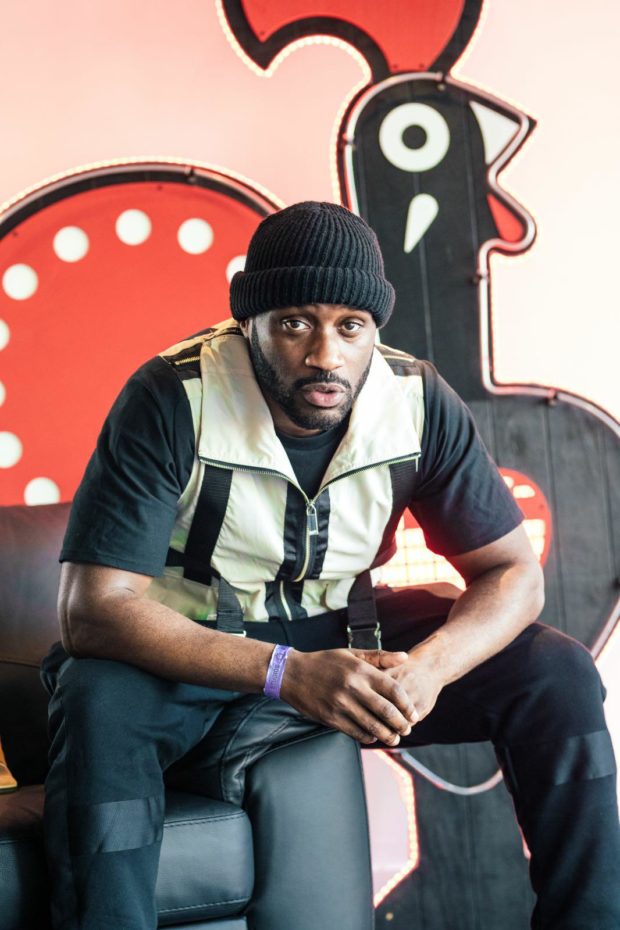 First and foremost, how did you come up with the name Lethal Bizzle?

Wow, you’re taking me back! I was a bit lethal and I wanted to find a name that fit into my character. Them times, I used to play football and anytime I was playing or had the ball people use to think I was lethal. Lethal just sounded plain so I added the ‘B’ at the end. Lethal B man, that’s my name.

When did you start making music and going to the studio?

I started just as a hobby back in school times. I never thought I could pursue a career because there was no one else doing what we were really doing – it was more about the jungle vibe back then. Heartless Crew were around, no one was really charting. It was all about having a hobby and developing that.

We then got onto pirate radio and started building our fan base without even realising. We’d go to shows and everyone’s singing our lyrics, it was going mad! I went studio in this one house that was in the hood, in a bedroom and I just started making a few songs.

One day, we were playing with this beat and I just started saying: “Oi who’s that boy Lethal B”, I put it down and called Ozzie B and Neeko. I said bruv I’ve got this idea, come to the studio now and do your version – all the pirate radios started playing it and it just grew from there. We got signed, the tune charted in the Top 10 and I was on Top of the Pops – from then I was like, I have to do music!

Who would you say inspired you?

Loads of different artists! My dad used to be a DJ, so every Sunday we would be playing random music from Hip/Hop to Jazz to African music. Me personally, I was a heavy Wu-Tang Clan fan. I use to listen to them religiously like education, I use to really take them in. Biggie was an influence, JayZ, The Fugees – really the old school Hip/Hop. In terms of UK, it was Shabba, Skibadee and Heartless Crew.

If you could make a collaboration with someone, who would it be? Dead or alive.

I’d definitely say, Michael Jackson. I’d get Dr Dre on the beat, I’d get 50cent on the verse and I’d probably get John Lennon in there too. Mad!

Back in the day you used to make a lot of Grime, you’ve switched your sound to more of a Pop/RNB commercial sound, why would you say you switched your style?

I still make Grime records but everything evolves. Waves and trends happen and I’m a person who always tries to better themselves. I like to be creative. I could do Grime in my sleep – every year I drop a Grime song, last year it was ‘I Win’ with Skepta.

Skepta is like family. I’ve known Skepta for over 10 years and we’ve never worked with each other. About 2 years ago, we kept bumping into each other at the same shows and he was like: “Bizz man, why ain’t we made a song together?” and you know why we haven’t made a song together until now? Because back in the day I was Fire Camp, Skepta was Roll Deep and me and Wiley had our little thing – everyone was riding for their own team. We never ever had a issue at all. Skepta said we need to do a tune for the culture and we just wanted to make something nostalgic, that it’s almost like you can play it now but also be able to play it back then. I Win is kind of like a testament to us still being here and we’re still winning from back then.

Your new song FLEX is so good! What was the process when writing it?

In terms of content, I just go in blind. I don’t like to stick to any guidelines or rules. Diztortion played me the beat and the first thing I said was “All I wanna do is just flex!”, I recorded that and was like “big batty thing have sex, yeah!”. I just thought, If I heard this tune in a club, what would I be saying? How would I want to be moving? I’m thinking I want to be flexing, enjoying myself and want to be seeing some nice girls. That’s it, you should let the beat speak for you. You can hear the beat and just start bubbling.

Right now we’re in the Nando’s Exchange Music centre, what do you think the best thing about being a part of this project is?

I think it’s priceless because there are a lot of new music producers and artists. They get to meet people who have been through it or still doing it. They get some really good advice and real gems that they might not be aware of, it’s about giving them a heads up on what to expect and how to articulate themselves. We also give upcoming artists advice on how to make hits and how to structure their songs – a sense of direction, which was something I didn’t get when I was growing up. I taught myself everything and 17 years later I’m still here, I want to be able to inspire people. I want to make sure the producers get recognition too because they make the beat!

An artist recently drew a Grime legends mural down the road from here, how did that make you feel?

That was quite emotional, to be honest. It really showed me that all the hard work we were doing has paid off and people are really appreciating the work that we’ve done. I remember I was with Kano, Giggs and Ghetts the other day and we were just looking at it like rah. It’s a proud moment. It’s a real testament to what we’ve done for the culture.

You recently became vocal on Social Media about the Government attempting to defame and silence Drill music. What did you have to say and why did you feel you needed to be heard?

The Drill music thing is basically what happened to Grime in the early days and I just feel like, me myself, I’m from these areas like East London, Tottenham etc. I understand that a lot of the content is very violent but this is what these kids are going through right now. This is what they’re seeing and experiencing – so they’re going to talk about it. As time goes on they will mature, there are examples such as myself, Skepta and Wiley.

If you listen to Pow, Flex or I Win, which is a Grime record, we talk about things that are totally different. You have to let these kids doing Drill go through the process for them to understand and as they get older their stories are going to change because they’ll start getting some money in and get a change in their life. If you start taking music away from them, they won’t have anything. They’re probably in certain situations in their own hood, in terms of beef and stuff – and that’s just going to escalate.

I don’t condone violence but the violence is going to happen regardless of the music or not.

‘Flex’ is out now stream it here.

Special thanks to DJ DayDay for collaborating on this interview. 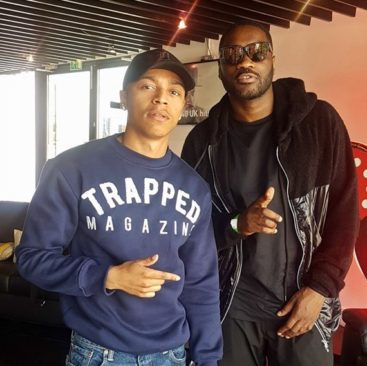