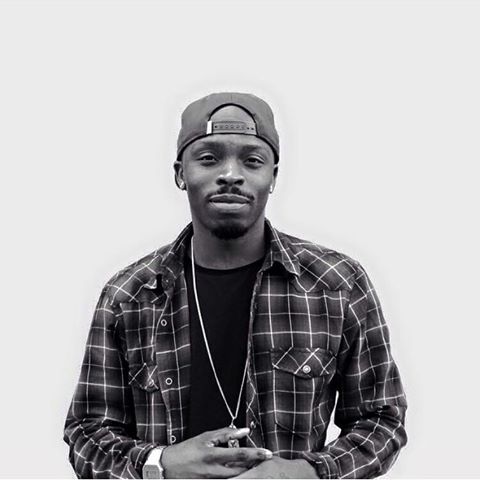 UK creative and good friend to Trapped, Willkay recently started a project with alcohol beverage brand Alizé and Disrupt Media where the artist was commissioned to create bespoke bottles of the Alizé for Grime artists including Skepta, Stormzy, and Giggs all of which hit social media and created a huge demand for his work, we caught up with Willkay to discuss the project and his opinion on lifestyle brands getting involved in the Grime Industry. 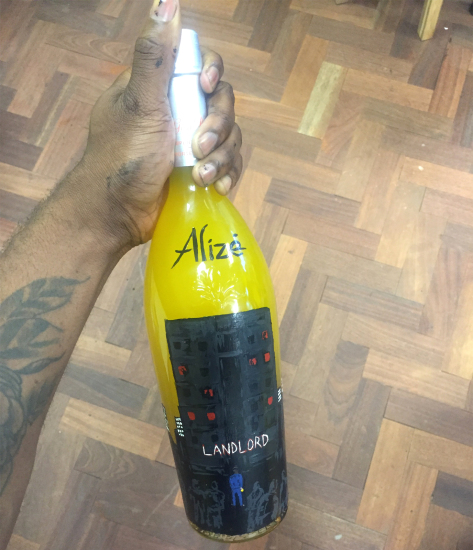 How did your relationship with Alize start?

My relationship started with a company called Disrupt, who I have been working with for a while, they introduced me to House of Marley, they really like what I do, they like the way I work and they were like “Will we’ll have some more work for you” etc etc.

I begun doing a project with G-star and whilst at the projects launch party the Alize and Disrupt guys were there, introductions were made and I told them it would be cool if I could get my art onto one of their bottles and they liked the idea. A month later Disrupt called me and invited me to their offices to start painting one of our first collaborative bottles,

The first bottle i painted was Skepta’s which he was gifted and from that point onwards people started loving them.

I’ve done bottles for Skepta, D-Double, Giggs, Stormzy Chip Wretch 32 and a few others in the industry. So a lot of people have been gifted personalised bottles 1 of 1 with my artwork on it, so its kind of very unique kind of concept. 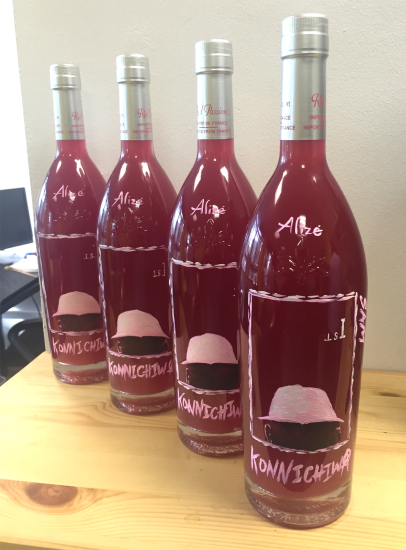 Once you are given the brief for each artist and their project, i.e Skepta and his album Konnichiwa, what is your creative process?

They will book me to come into the office and we will talk about what we can do with the bottle, with the Skepta project, I put his album artwork on the bottle and obviously if you are an artist or a creative you will know that it’s difficult to work on a 3 dimensional object such as a bottle, so in a way I had to kind of plan out how to display the artwork so I literally began sketching the Konnichiwa artwork on this one litre bottle, literally freestyling.

The process from start to finish is: a full briefing, understanding what’s happening and bringing the vision to life. 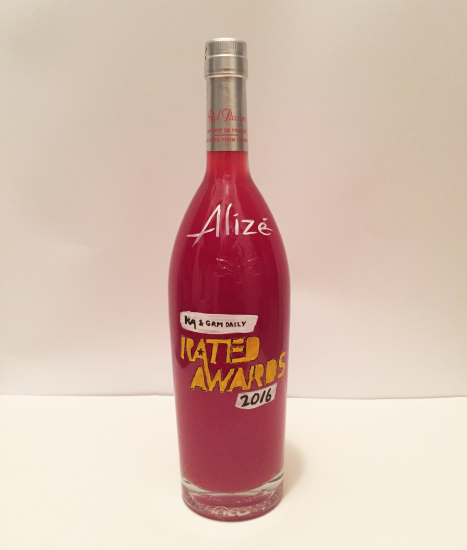 What is your opinion on brands such as Alize, KA Drinks, Pizza Hut and Redbull getting involved with the UK Music Industry, do you see it as a positive or negative thing?

To be honest there is a positive and a negative, I think the positive is that artists are able to learn from these corporate companies , you are able to learn how to get you’re next project associated with another company, this allows you to connect with a new audience and vice versa. The audience that you connect with when working with a corporate brand / household name is an audience that you as an artist would not be able to reach out to normally so it works well for both parties.

However I feel that the negative side of it would be the artist not gaining a lot of publicity or not getting paid for the project, The thing about working with corporate brands is that you should always know what you are getting involved in, you should know what it is that you want from it, rather than just doing it because a big company like that has asked you to do it.

As an artist Trapped has seen you grow a lot and now we’ve noticed that you are more selective with what projects to undertake, what is your next move in the game?

Right now I’m relaxing, I became a dad seven months ago, I’ve been enjoying the experience I don’t want to miss any moments of this cos it’s an important part of my life as well and for my childs life as well so because of that I have to be real selective with who I work with. One of the major next moves is putting together books, putting together literature, the books are going to come in different series’ I’m going to introduce a new concept, visual poetry. I’m excited it’s going to be a new direction for myself, challenging but exciting as well and I’ve also thought of other projects like I want to put together a book about Grime, in a more illustrative way so that’s another concept that I’m going to be tackling its going to be interesting cos I’m going to take my time with it and its growth again. I like to show myself how much I’ve grown, challenge myself more, it’s a great part of being an artist , always challenge yourself , don’t stay in your comfort zone.

Even now I don’t really post up my artwork cos I’m like why am I doing it? I’d rather put something together and present it you know? Even to the new generation and try to educate them, pass on what I need to pass on, so obviously the new book or series of short stories that I’m going to put together will have a positive message for people, that’s the direction that I want to go in. I feel like words and art belong together. 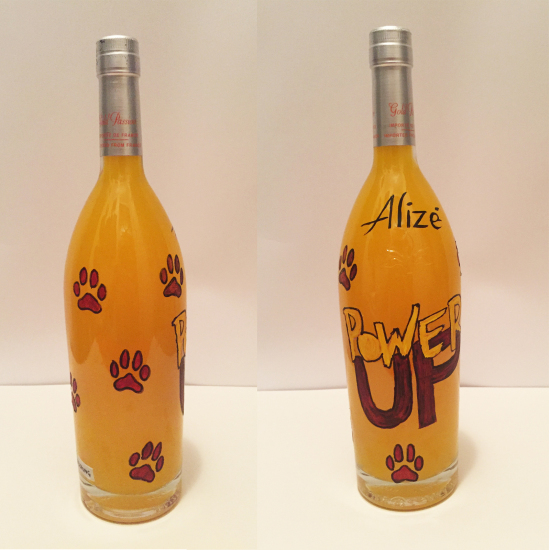 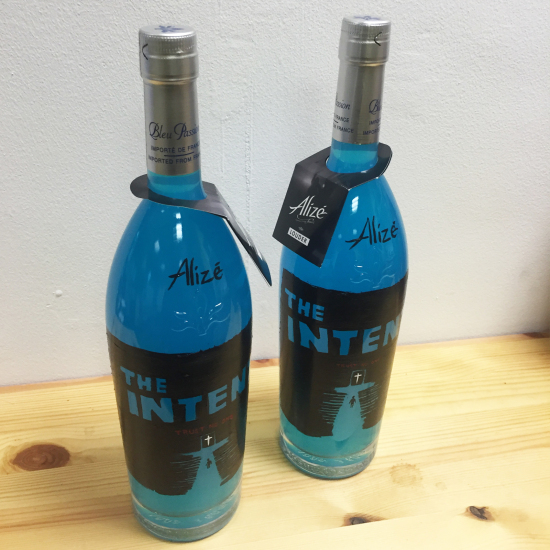 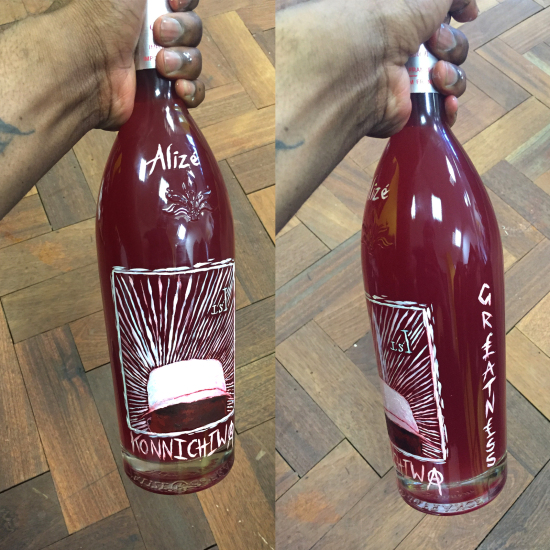 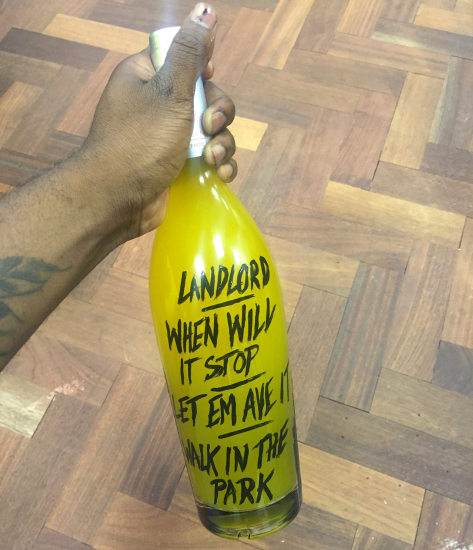 Drake Drops 'In My Feelings' Video

Be the first to comment on "Alizé x Grime x Art! An Interview with Willkay"