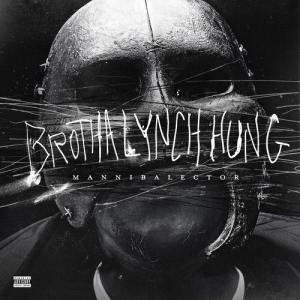 At Trap-ped music is our background we do everything whilst banging our favorite tunes, so we’re very excited to learn that this month is a album feast, here’s five up coming albums to be on the look out for, and remember some of them leak early so happy hunting Peeps!

Brotha Lynch Hung is dropping  his newest album, Mannibelector today. For those that don’t know B.L.H is a West coast rapper whose style is cannibalistic storytelling and vivid check him out!

Joe Budden  dropped his newest album, ‘No Love Lost’ this month. For those that don’t know as well as Joe’s solo career he is also a member of the rap group Slaughterhouse. Check him out!

50 Cent is dropping his newest album, ‘Street King Immortal’ this month, 50 is back! check him out!

Ill Bill is dropping his new album ‘The Grimy awards” this month, for those that don’t know Ill Bill is a rapper from underground hip-hop group Non Phixion and CEO of Uncle Howie records. Check him out!

Rass Kass is dropping his newest album this month and it features some heavy hitters in the game right now, the likes of Kendrick Lamarr, Talib Kweli and Too short, For those that dont know Rass Kass is a talented lyricist that was a former member of the 4 Horsemen consisting of Kurupt, Killah Priest and Canibus. Check him out!

Which albums will you be grabbing this month ? Let us know, leave a comment.

Introducing Soled Out From The Sole Supplier

Spotify's Who We Be Live Returns To The Stage

Be the first to comment on "THIRSTY FOR THEM ALBUMS?"