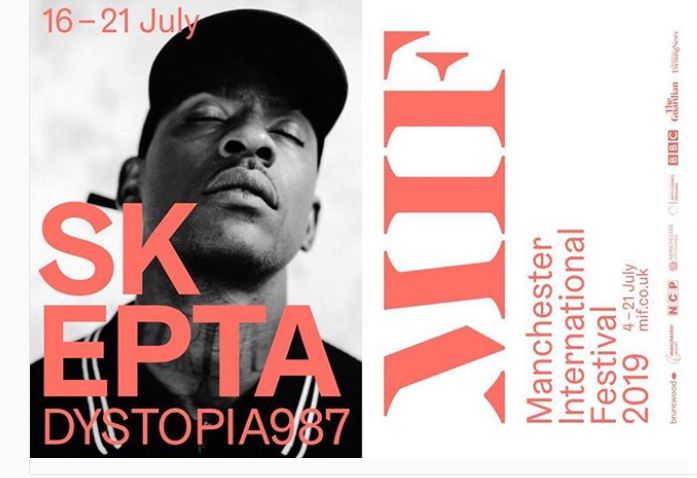 Skepta is set to let people “experience a piece of (his) mind” as part of a new project entitled ‘DYSTOPIA987’.

Held in a secret Manchester location, DYSTOPIA987 has been labeled as “a waking dream that presents Skepta’s singular vision of the future: deep, dark, radical and riveting”.

The showcase will feature a live set from Skepta and guest appearances from DJs he’s affiliated with. The show will also incorporate “a wealth of new technology” as part of three small, intimate performances.

The shows are set to take place in July next year as part of the Manchester International Festival 2019 line up alongside projects from the likes of Idris Elba and Yoko Ono, with tickets available to the public from the MIF website on Thursday 1 November from 10am.