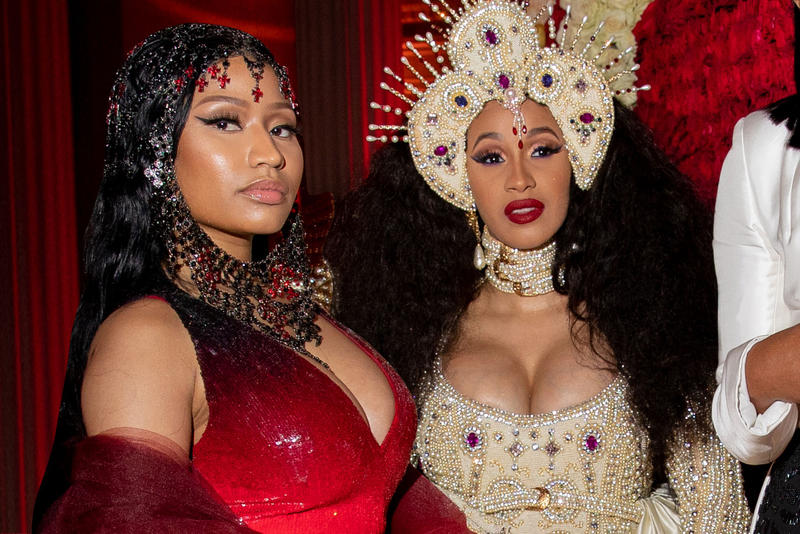 Nicki Minaj and Cardi B’s beef just went to another level following their fashion event bust up a few months ago.

Cardi B took to instagram last night with a 10 clip rant ‘You lie so much you can’t even keep up with your f**king lies.’ the I Like It singer, 26, said in an Instagram clip responding to Minaj’s claims on her Beats 1 radio show Queen Radio Monday that her pal Rah Ali unleashed a brutal assault on Cardi.

‘First you say … your cameraman got the footage but … now you want to pay someone $100,000 if they give you the footage?’

‘How you say that I was the wild animal, that I attacked you, that you was mortified, that you was humiliated, playing the victim but now you the gangsta?’ asked Cardi, who suggested that Nicki ‘pick a side’ in how she presents her account of the clash.

Cardi shot down’s Nicki’s assertion that she was professionally reliant on the practice of payola – paying radio stations to play your music – denying it, and bringing up the possibility of a defamation of character lawsuit over the bold allegations.

‘Since you want to talk about suing,’ she said, ‘maybe I should sue you for defamation of character since you want to claim that I’m using something illegal called Payola for being so f***ing successful.’

Nicki Minaj has now asked for peace after her foe Cardi B shared a profanity laced video full of threatens toward the Anaconda singer. 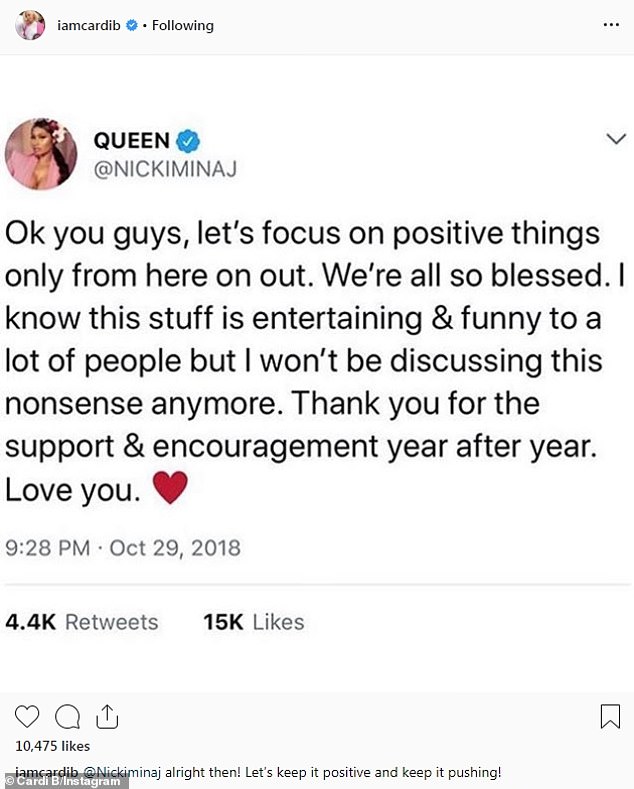