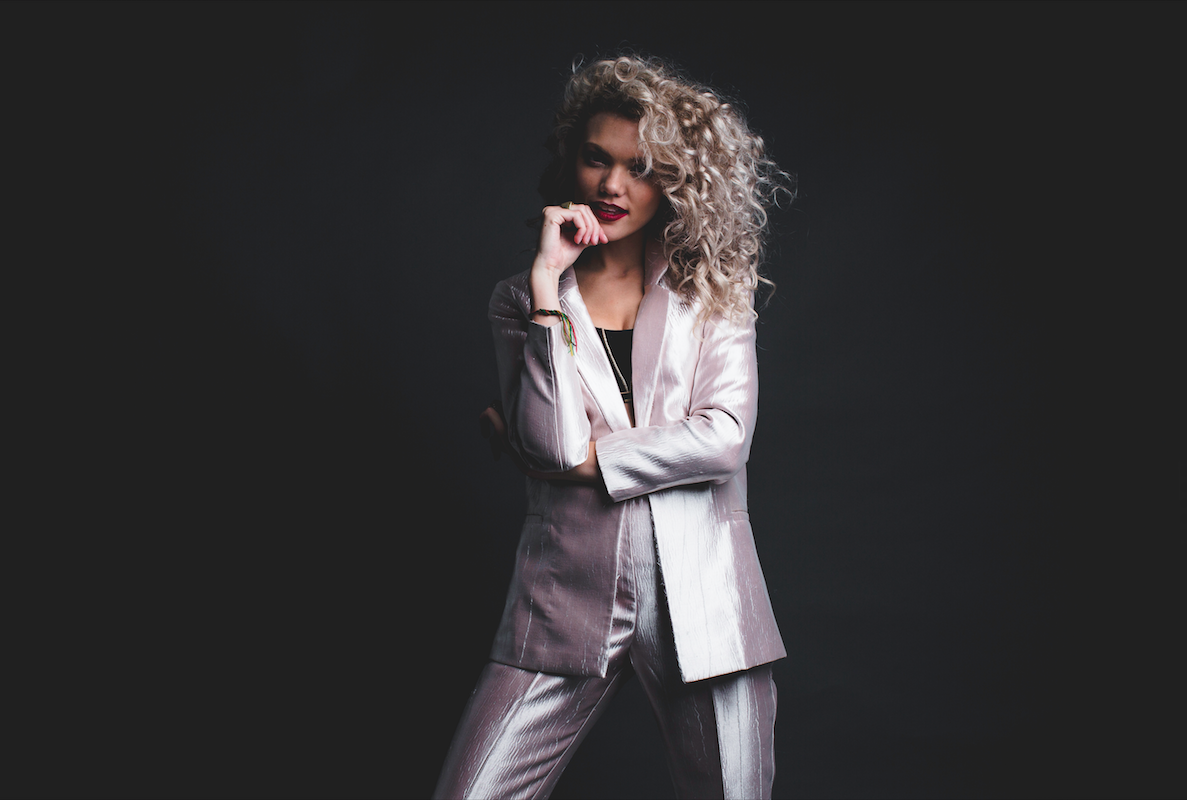 In-demand dancehall DJ and TV presenter, Becca Dudley, started her career as a fashion stylist and model before crossing over to TV and music. Recognised as the face of Ellesse Heritage, the MTV presenter is also one of the first female DJs to host on Apple Music’s international station, Beats 1 Radio. Becca Dudley proudly specialises in the reggae and dancehall music culture – interviewing the likes of Jesse Royal, Chronixx and Protoje. Her Jamaican roots have led her to launch her very own music platform, DEADLY, which will showcase original documentaries, music and live sessions from the Caribbean to the UK.

Can you tell me more about your musical roots and journey into DJ’ing?

I was born into a very musical family – my parents met in a band. I play the drums, we actually had a family band and we played everything from Bob Marley to Tinie Tempah!

I’ve got a lot of Jamaican family and reggae was very prominent in my house. I didn’t start DJ’ing until I was 12, my friend told me to burn a few CDs and took me to a club and he kinda taught me on the spot. It was the most horrendous DJ set.

But then I took it really seriously and I went to Jamaica and I was like ‘oh shit!’- it really changed the whole game.

What are your go-to tracks to get a party started?

I always play Konshens – Bruk Off Yuh Back because everyone knows it. And also

J Hus – Friendly and Did You See because it always goes off. Or anything Vybz Kartel.

What would you say has been the highlight of your career so far?

Oh, that’s a big question. I would say hosting the Red Carpet show at the MTV EMAs and DJ’iing at Reggae Geel in Belgium this summer. That was in front of 2000 people and there was a crazy energy. I was the only female DJ so that was quite mad to be reppin’ the girls.

There has been a recent spotlight on British Female DJs in the UK. What advice do you have for upcoming females DJ’s?

Make mixes constantly and push it on social media, get yourself out there as much as possible and you can do just one gig and breakthrough because you never know who’s going to be in the crowd and hear you.

Let’s talk about your new platform DEADLY. How did tyou come up with the idea?

I wanted to use my foot in the door in the commercial world to show how amazing these artists really are on a wider scale.

Whilst building Deadly you have worked with a number of renowned music artists including both Chronixx and Protoje. What was it like to work with them?

Proteje is a good friend of mine so interviewing him is always jokes. Chronixx was probably one of my favourite shoots I’ve ever done. It was my last night in Jamaica and we shot by his house which is up in the hills, it overlooks Kingston and the sun was setting, it was honestly the most beautiful thing.

He’s younger than me but he has so much wisdom and the stuff he was saying was mind-blowing!

What exciting projects can we expect from DEADLY in the next year?

We’re doing a London series. There’s going to be an acapella session and documentary-style with reggae and dancehall artists here in the UK. A lot of people see London and Jamaica as so far away from each other but the relationship is so tight.

REPREZENT RADIO ARE HEADING TO BEATS 1 FOR JUNE!