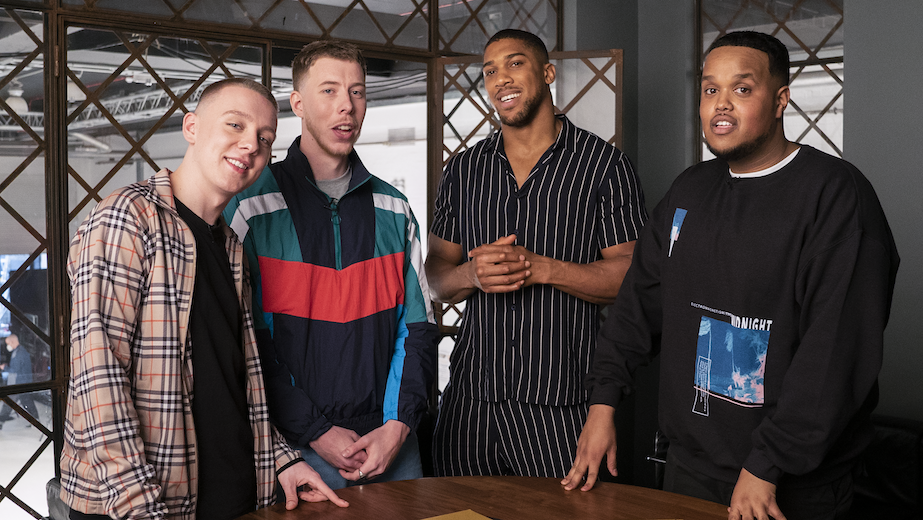 Lynx has freshened up with a music video set to turn up the heat this summer.

Following one guy as he turns to his ever-faithful Lynx Africa for a much-needed post lockdown confidence boost, Aitch appears in his bathroom mirror giving his nod of approval. The transformation is instant and opens up a world of possibilities as he hits the streets with all the swagger of someone with serious game.

As he struts down the street, sunflowers sizzle, water hydrant watermelons explode and grandma’s aubergine gets a growth spurt, much to her delight. It’s not just fruit and veg that’s feeling hot under the collar, our protagonist catches the eye of heavyweight boxing champion Anthony Joshua whilst he’s out on a walk with his pet Cockapoo.

Alongside the new video, which will be going live across TV and video-on-demand from 13th May, Lynx has also created an AR hologram of Aitch performing the exclusive track, which can be accessed via Snapchat or Instagram on UNILAD’s channels, and the Manchester rapper is challenging fans to find the most creative virtual stage for him to drop the track. From cereal boxes to garden furniture, fans are encouraged to create the ultimate home concert with the AR experience that is being launched  on Thursday 13th May 2021.

Aitch is also bringing the Lynx anthem to TikTok by recording a 1-minute video alongside the other brand ambassadors and is looking for fans to use the platform’s ‘Duet’ feature to spray some bars with him. Followers are encouraged to dance, rap, mime or just flex along and share their video version of the exclusive track.

The film includes several other cameos from the latest list of Lynx ambassadors including celebrity influencer Calfreezy – as a mesmerised hot dog salesman – and an appearance from hilarious YouTuber Chunkz, who cameos as an open-top bus driver.

Turning heads wherever he goes, the leading guy catches the eye of a girl starring in a perfume ad on the side of Chunkz’ bus. She pulls him into the ad with her before they break out onto the street together in slow motion, with the video ending with the two of them sharing a tender moment. His Lynx confidence truly unlocked.

Speaking on his new exclusive soundtrack, rapper and Lynx ambassador, Aitch said: “Hopefully the track gives everyone the confidence boost we all need from time to time, and to be the best version of themselves…with a little help from Lynx. I wanted to give people the inspiration to know that they can achieve whatever they set their mind to, with positivity and confidence being key.”

Making the summer even more of a scorcher, Lynx and Aitch have teamed up for a playlist of his current favourite songs, available on the same day exclusively on Spotify. Not only that, Lynx followers will also be able to access a Snapchat AR lens, inspired by the ad, transforming them into a hot dog, aubergine and a sunflower among other things.

Speaking on the campaign, Josh Plimmer, Lynx Brand Manager said: “Lynx continues to have legendary status because we understand the importance of staying relevant to our audience whilst helping guys smell and feel their best. Smelling even more iconic than before, we’re continuing to evolve to empower Gen-Z in line with their values and aspirations so they can take on the world – one spray at a time. Our new ad, soundtrack and the continued support of our incredible ambassadors means Lynx-lovers can once again feel (and smell) their most attractive, to anyone”.

As the brand looked back on 25 years of Lynx Africa in 2020 with a trip down memory lane, 2021 will see Lynx looking forward. The staple products of gym lockers and bathroom cupboards have all received a makeover with new and improved formulas for the entire range and colourful product artwork from fashion artist, Ben Tallon.

To listen to ‘The New Lynx Effect’ Spotify playlist

TOMS reveals its next drop: sink your feet in...

TOMS reveals its next drop: sink your feet in...