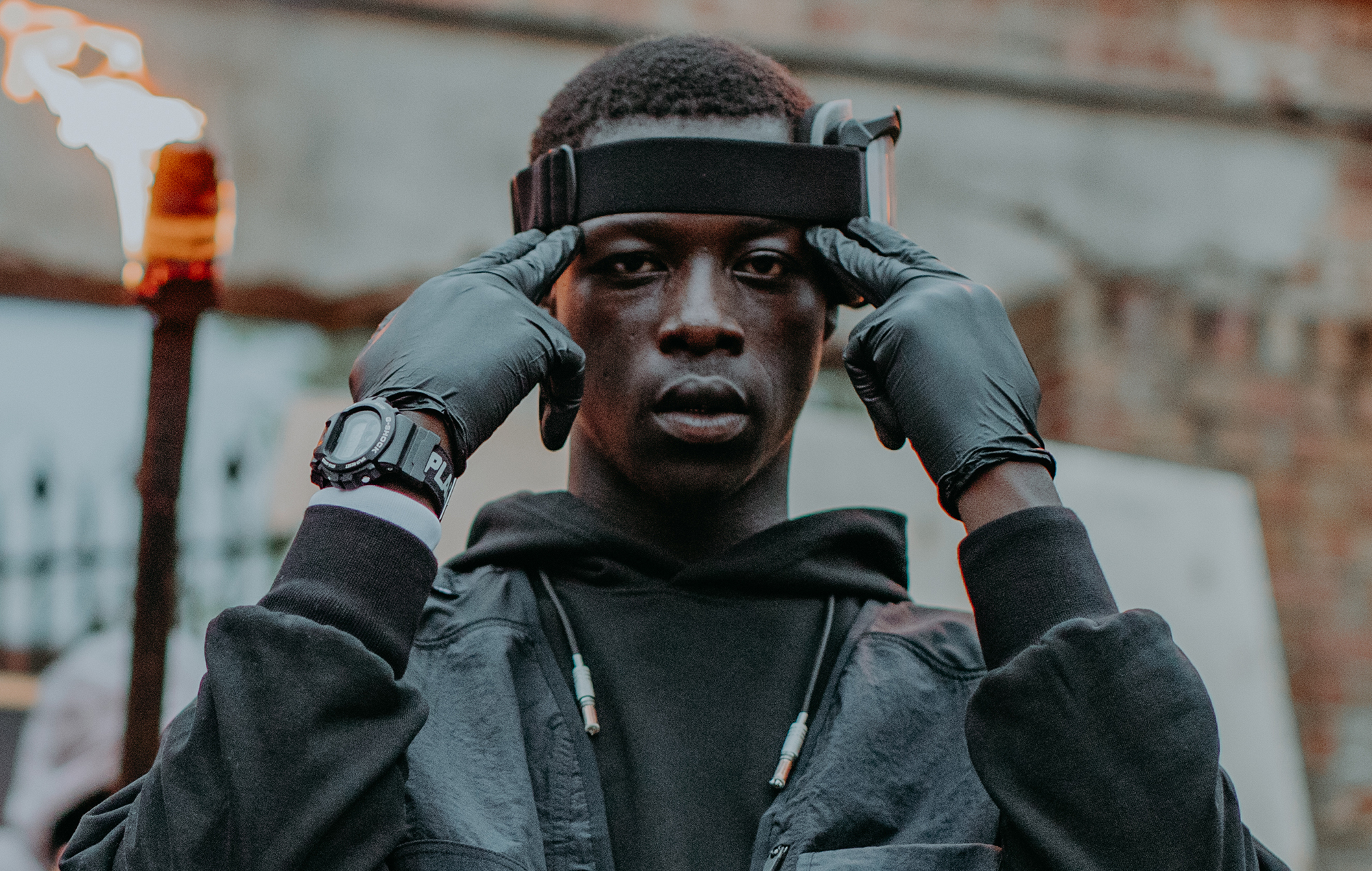 2020 was a turbulent year for UK Rappers with restrictions on shooting Music videos, performing and interviews, due to Covid-19. With that being said the upcoming artists and breakthrough artists went into their bag and delivered a Musical attack, dropping more consistently, track after track, video after video, allowing themselves to be seen and appreciated more than established artists that are maybe in label situations and couldn’t push Music in this way.

Our ’10 UK Rappers to watch out for in 2021′ list contains a lot of new names as well as some breakthrough artists that have been in the game for a while that really took advantage of the opportunity to feed a Music hungry audience. 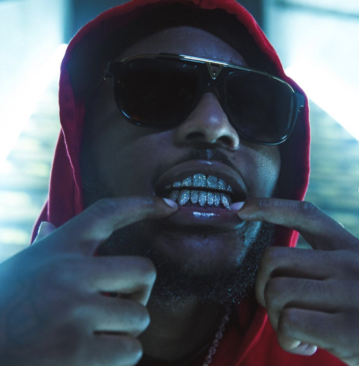 Definitely not a new name to UK Drill fans and social media lovers, as this South London rapper went viral with an audio track of County Lines released whilst he was in HMP serving time for County Lines offences in 2018. Since his release in September 2019, the rapper has released 5 singles including ‘Super Trapper’, ‘Steppaz’, and ‘Happy Hour’ all detailing his life as a County Lines boss and openly rapping about both his L’s in the game (his convictions) and his Wins ( making more money than his Opps and making money from Music). At the End of 2020, Frosty dropped his debut Mixtape, ‘Under surveillance’, with features from D Block Europe, Unknown T, and OFB. The Rapper has cemented himself as one to watch through sheer work-rate and raw talent and we are excited to see what he can achieve this year. 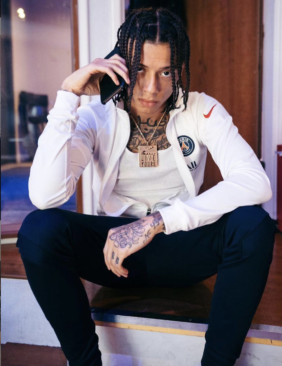 Nowhere near a newbie to Music, West London rapper Central Cee has been in the game for over six years with Freestyles and singles to prove it, however, 2020 was his standout year as he launched a new flow and switched up his content from a lyrical wordsmith, Wavy autotune to Drill and Trap Music, which has seen his fanbase grow and his Youtube views and Spotify Streams explode. Charging into the Summer with ‘A Day in the Life’, Central Cee showed us he could really Rap Rap and less than a month later he followed up with ‘Molly’ a track where he shows us the transition stems from spending “5 years in the T House” and talks about blowing 20 bands ( 20 thousand pounds ) on sneakers as well as looking for a record deal higher than 100 bands ( a hundred thousand pounds). Just those two tracks alone are more than enough to get him onto our ’10 Rappers to Watch out for in 2021 List‘ however the work-rate continued with his latest single ‘Loading’ dropping in October and already amassing an incredible 13 Million Youtube views and 16 Million streams on Spotify, all of this whilst being independent and without performing any of his Music. This year is definitely the year to watch out for Central Cee. 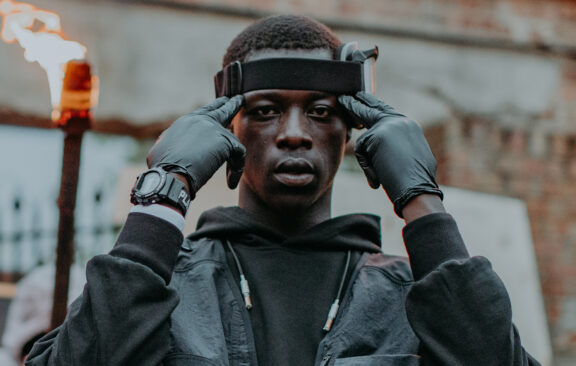 Coventry Rapper Pa Salieu is a multi-genre rapper that has got the streets attention after dropping his debut track ‘Frontline’ last year since then he has gone on to collab with M1llionz, Ms. Banks, Mahalia, and more, switching up his style to include rap, vocals, and hooks, even a drill-esque flow on My family. Pa Salieu has shone a light on his hometown showing us that Cov is definitely harboring a lot more underground talent that we cannot wait to hear. The Gambian artist’s debut Mixtape ‘Take them to Coventry’ released in November last year is still getting radio play 3 months later, we are excited to see what Pa Salieu can bring in 2021.

MOBO nominated female rapper Ivorian Doll has brought that fierce and confident Bad B energy to a male-dominated Drill scene. Her Standout single ‘Rumours’ cemented the London rappers arrival in the Drill scene, instantly with unapologetic crud and energy, she raised the bar high, in a some would say, saturated scene and made people stand up and listen since the release IVD has featured on GRM Daily’s Daily Duppy Freestyle platform, where she sent disses at Grime and Pop artist Lady Leshurr and Charlie Sloth‘s Iconic Fire in the Booth, as well as dropping her follow up single ‘Body Bag’. With such an active 2020 we cannot wait to see what else she has in store for us. 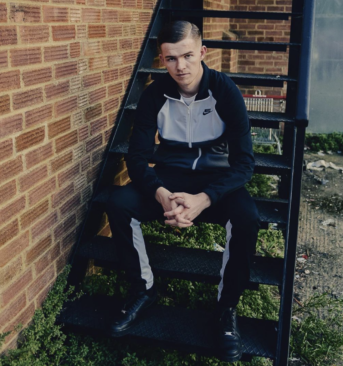 English/Irish Rapper French the Kid is putting Essex and France on the map with storytelling Freestyles, consistency, and raw talent. 2020 brought out the unique in every sense and this rapper is no exception, fusing French Bars and English bars seamlessly into his tracks like a skilled artist way beyond his years is the reason why he made this list. French the Kid’s standout performances for us are his Kenny Allstar Mad About Bars and GRM Daily Duppy performance.  French has also dropped solid tracks with ‘Broken Toys’, ‘Bella Latina’ and ‘The Dream’ as well as collaborating with Kenny Allstar on ‘Coco’ at the end of last year, we can’t wait for him to drop a full project and also to hear him collaborate with other UK artists to see what magic can be created. 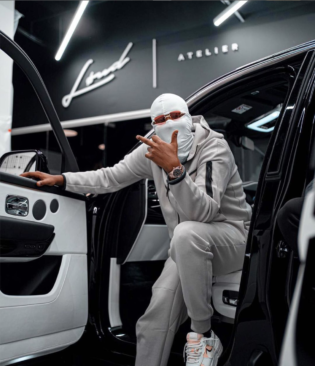 Melody infused Rap is a genre all on its own, Somalian rapper Wewantwraiths is slowly making it his signature style. As we said earlier, originality and exclusiveness really catch our attention, and this artist has both, he stormed into the game releasing all of his Music videos on his own Youtube channel from the start and making only one appearance on another platform when he lit up his Mad about Bars Freestyle, something that is unheard of for a new artist in the UK. With aspirational rap and tales of loyalty amongst his own, mixed with getting money bars this rapper is only gaining more and more confidence with each release. Standout releases for us are ‘Chanaynay’ and ‘Unforgettable’, we can’t wait to see what is next for the talented rapper in 2021. 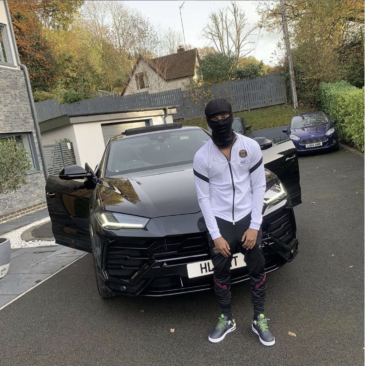 Another Dope Somalian artist using the Melody infused Rap style is Baby Mane with his own stories from the trap and his dreams of making a mill on the streets or making it out through music. in 2020 & 2021 this is hella relatable content which his why both his audience and the streets have got behind him. 2020 saw the release of ’41 Gelato’ and his collab with Fumez the Engineer on the Plugged In platform both getting millions of streams on Spotify and calls from his fans for more Music and More Collabs. Definitely keep an eye on Baby Mane cos he’s coming!

Norwood rapper Teeway came onto our radar in 2019 when he featured on an OVO curated tracklist for Netflix series Top Boy 3 with ‘Feeling it’. 2020 was his standout year however with ‘his tracks Private Ryan’ and ‘Dinner Time’ showcasing his stand-up rap ability. his feature with Meekz, M1llionz, and Pa Salieu on ‘Year of the Real’ showed us that Teeway could hold his own amongst his peers. The South London rapper’s content is about real hardship, tales of robberies, drilling, and trapping in the hood. We hope that 2021 can be a switch in content to him rapping about making a career in Music. 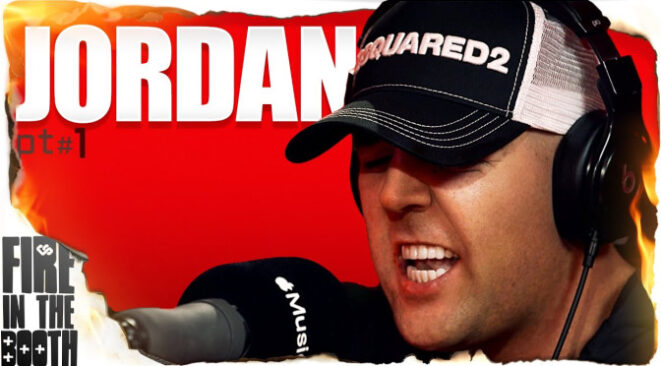 Manchester Rapper Jordan is another artist that has been on our radar for a minute. The gangster rapper has had a crazy 2020 with standout freestyles on Fire in the Booth and Mixtape Madness as well as dropping his single F*ck rappers and jumping on a track with Morrisson. Jordan Mccann is the real deal, a career criminal with a certified reputation both in Manchester and in HMP, his bars are full of pain and detailed stories of hardship with the ever-present menacing tone and flashes of violent threats and one-liners. We are looking forward to seeing more singles from the artist and hopefully a full project this year. 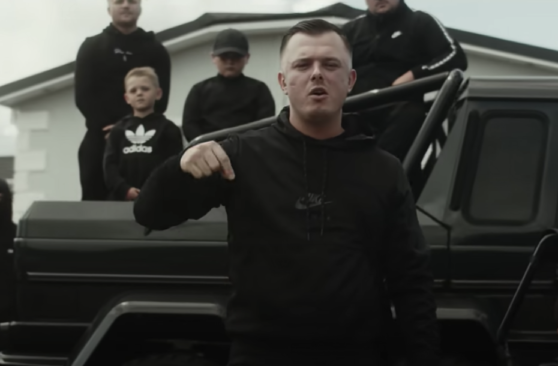 Cockney rapper Silky has steadily grown on us this year and makes it to our list through sheer work-rate and staying consistent with the message in the Music. Robbers love guns and the fast life and this is what Silky is all about, Music videos featuring Fast Cars and expensive watches, with bars about robbing crops and beating cases in crown court really sum up a lifestyle that doesn’t get much light shone it. Silky has bombarded the game with track after track with bangers including ‘Italian Shoes’, ‘Peaky Blinders’ and ‘Sticks and Stones’. to compliment the Music we have seen cameos from Peckham Rapper Snap Capone and an opening intro from Jordan,  all adding to his profile as a Cockney Gangster rapper. We are excited to see what collaborations he will be jumping on this year and whether we will get more Smoke!

Keys Drops the Visuals to ‘Worth It’