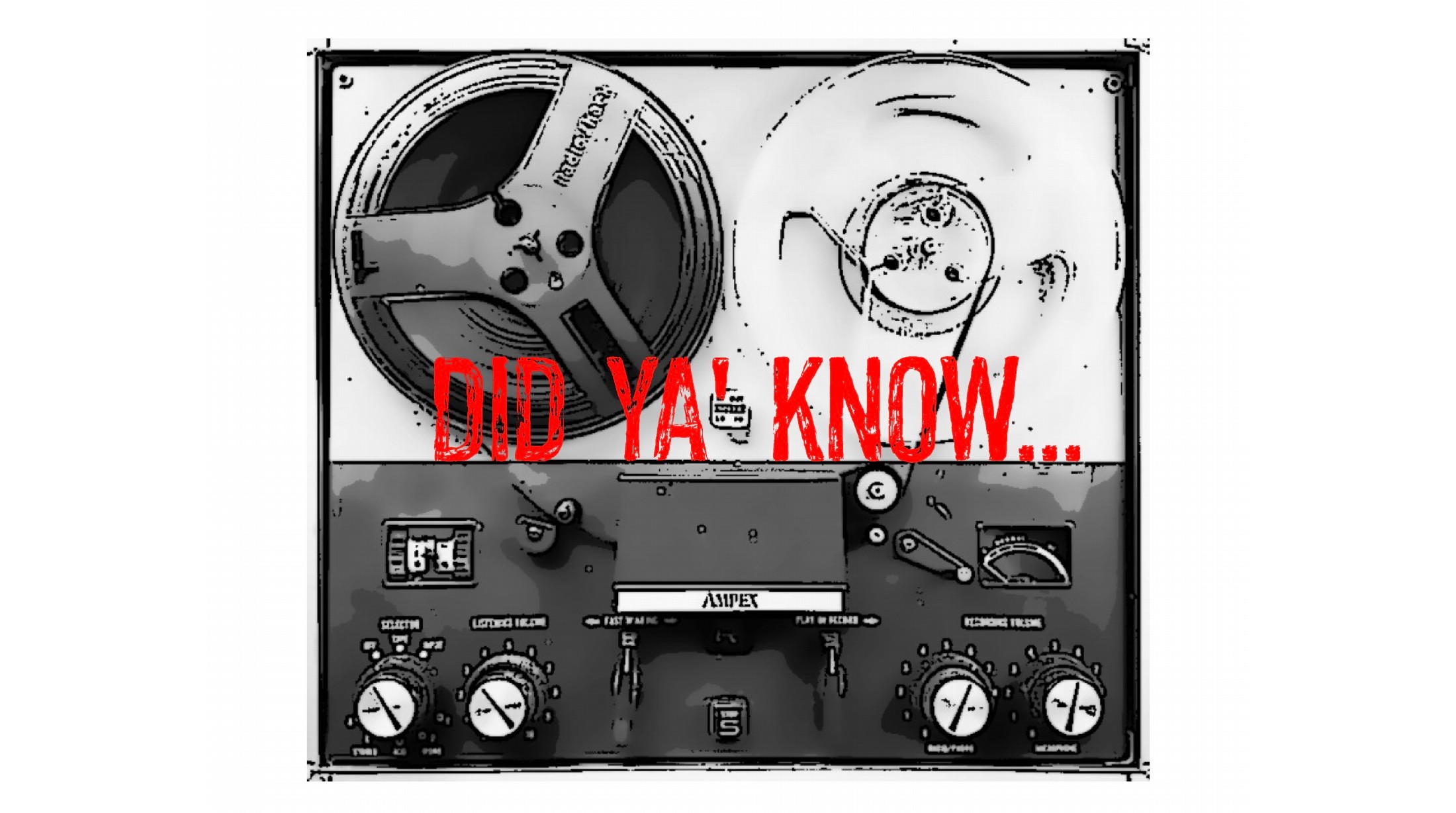 In the latest episode, Did Ya Know? are joined by Tinie Tempah, artist and co-founder of innovative 360 management and entertainment company Disturbing London. Tinie talks about his struggles and successes in the UK music business, and how he plans to make things better for the next generation of artists.

Did Ya Know? is the first of a kind podcast with a parallel mentoring scheme. Devised by two prominent Black music business executives, Adrian Sykes and Dany D, aimed at telling the often-unheard stories of key figures in the British music industry, and securing their time to mentor and inspire the next generation of music industry leaders.  It is a comprehensive programme that will provide education, skills, contacts, tools and insights for what is required for a successful career in the music business, from the leaders of today who will share their knowledge with the next generation.

Its aim is to provide all people, of all types of backgrounds, to be better equipped to make a comprehensive difference in a more inclusive business world, specifically that of music. With the hope that diversity at all levels within the UK music business is increased.

We’re trying to tap into the ears of millions of young people across the country to give insights into the industry, much like yourselves. The topics discussed in the episodes are extremely important and I feel, very valuable for aspiring young A&R’s and aspiring music executives. These conversations around the types of roles within the industry aren’t so common and I feel like this form of education (or mentorship) is very much needed.

“One number one single, any chart single. Any release is enough for you to be happy for all your life, in my opinion because it’s an achievement within itself.  But you know within British culture, we’re kind of cynical people, aren’t we? We like to kind of laugh at people. We like to go “ha!” you know, like, “he was gonna do this, look at him now!”. That is just the nature of our culture. I didn’t make it like that. It’s just how it is.”

How did you get your first break into the business?

“Boy! At the beginning like it depends on what you would say is a ‘break’. In the beginning people were paying to get their music heard you know. Whether that was pirate radio stations, you pay a subscription fee of like £20 or something to go on. And weirdly enough look at the psychology of it, artists are now being paid millions for their music. That for me was one of my big breaks because one of the first pirate radio stations I went on, was like a Deja Vu or Mission Control, or Rinse FM, it was one of the main three, or Heat FM, it was one of those. You could only be of a certain ilk of rapper or MC to be in that vicinity.”

What are your remaining ambitions, short term and long term?

“For me, I just want to keep on building my amazing catalogue, I want to keep that sweet mindset that I’ve always had of just trying to work with some of the best artists, best musicians, and best song writers because ultimately for me, this is a game of music. And I feel like the best of where UK music and black talent can go has not even been seen yet.”

What is your biggest regret in the business?

“I would say honestly, it’s having too much blind faith. Yes, I needed that blind faith and trust to achieve something that hadn’t been done before. I needed to be a bit eccentric and like “What, let’s run into the fire yeah? All right cool, I’m going to run into the fire” like let’s go, you know them ones? But I think too much of it can be naive do you get what I mean?  And if you’ve got blind faith, it’s cool, but when it turns into naivety and just assuming that things are ok just for the sake of it is, when really this is a business, everyone’s trying to make money. That is probably one of my only regrets (earlier in my career), I feel like now the blind faith is there but there’s no naivety.”

What’s your hope for black artists in the 21st century?

“My hope for black artists is that all their mental health is intact, first and foremost. (I hope) That they find a way to facilitate their family, as well as themselves without that being too much of a hindrance or a detriment, it should be a benefit, it should be something that propels you forward rather than hold you back. (I hope) That they learn how to invest their money from the very offset do you get what I mean? And that they have long term medium to long risks investments, to just keep their money growing, year on year. And that they have more people that they can do business with that look like them and that literally have for as much as you can in business, have their best interests at heart. (I hope) You know, them having long careers and longevity as artists and brands at the forefront of their heart and mind, because I feel like that’s very very important”

About Did Ya Know?

Did Ya Know? is first of a kind podcast with a parallel mentoring scheme. Devised by two prominent Black music business executives, Adrian Sykes and Dany D, aimed at telling the often-unheard stories of key figures in the British music industry, and securing their time to mentor and inspire the next generation of music industry leaders.

The podcast will feature discussions with and between industry leaders of colour, aiming not just to tell their stories but to inspire and guide a new generation of executives – and to increase diversity at all levels of the UK music business.