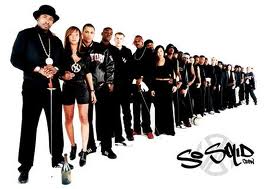 This video needs very little introduction, So Solid Crew are a UK Garage and Grime group originating from Battersea, South London whose achievements include their hit track 21 Seconds”, reaching number one in the UK Singles Chart in August 2001. So Solid crew have had been a massive influence for the current generation of crossover UK hip hop stars enjoying fame today such as Wretch 32 Chipmunk and Skepta. Brush up on your So Solid knowledge and let us know if you’ve still got love for them.

FUSE ODG ANNOUNCES HEADLINE SHOW AT THE GARAGE ON 21ST MAY

Be the first to comment on "The So Solid Legacy Documentary"