We caught up with Luke Eglington aka Lington, 19-year-old producer/ DJ from the south east of England, on his U Wot Blud records release of Bombsquad EP.Lington specialises in grime and other instrumental orientated bass music around the 140 mark. We can definitely say that he is a talent to look out for.

He first encountered grime at the early age of about 13 by noticing the rise of Dizzee rascal and other such artists appearing on Channel U. Not taking too much notice into this particular scene, and listening to lots of American/ UK rap/ hip hop, he then developed a further love and understanding for the grime scene when he started to see videos shared by his cousin, Joe, on a social networking site at the age of about 14 and onwards, watching freestyles, the movement DVD and other clips from the London grime scene.

Towards the end of secondary school he got hold of a copy of virtual DJ and Fruity Loops and started to play around with that. Not being too serious about it until college, he started making poorly attempted Grime/ Rap instrumentals and under the heavy influence of Dubstep, he turned to making Dubstep for a fair period of time, noticing no real good productions come out of it he then turned back to the original style of music which inspired him to do what he was doing in the first place.

Producing grime under a new alias and under the heavy influence of Wiley/ Skepta style productions from the past, Preditah, Teddy (silencer), Spooky to name a few, he noticed something was actually working well for him. It wasn’t long until local record label head honcho DJ Melinki noticed him and decided to take him under the “U Wot Blud? Records” wing, giving him an opportunity to release his first debut 4 track grime instrumental EP that dropped 11/03/13. 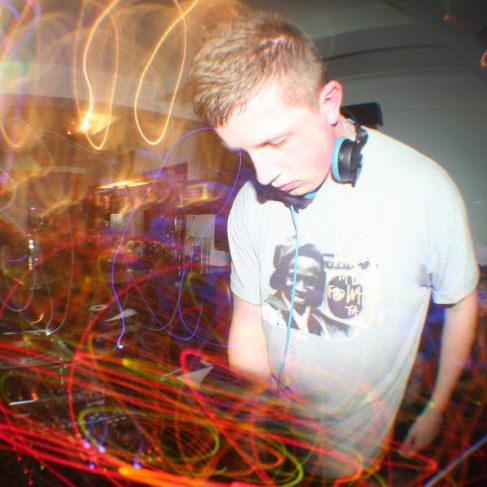 Who is your top current producer?

Top current producer: At the moment there is so many I am rating but someone who just manages to literally leave me wondering how he does it is Kahn. His tracks come in so many different styles and forms and he has been a favourite of mine for quite some time now. The guy has something going on in his head that just aint normal.

What MC would you most like to work with?

MC: once again, so many MC’s that I rate out there but if I had to choose it would be between Big H and Skepta, too many other MCs would be up there as well like Merky ace and Frisco but I’ve rated them 2 so highly from early so its a tough one.

Tell us about the Bombsquad EP and working with U Wot Blud.

The Bombsquad EP is basically a blend of more aggressive club built grime, made to be put into sets and played live, which was the main motive when I was building these tracks some 9-10 months ago, taking the inspiration from so many different aspects of grime/ Dubstep and just making 4 tracks that could be released was something i hadnt done before, working with u wot blud gave me a chance to do something brand new and set me on the right path in this scene, its been a pleasure working with UWB and massive shout outs to Melinki for taking me under the wing.

What are your main inspirations?

I would have to say that my main inspirations come from the nostalgic old school days of grime, just hearing the old sets and tapes of MCs aggressively spraying fire over the old tracks from people like DaVinChe, Plasticman, Footsie, Skepta etc, my other inspirations come from everything new happening in the scene for all the right reasons, people like Preditah and spooky to name a few who create them type of bangers that make such an imprint on the scene that after years they will be remembered. Butterz nights are definitely a huge part of it too, the amount of variation in the sets is unreal and the nights build a strong platform for inspiration to work on ideas and different tracks, make sure you reach one of them nights if your into Garage/ Grime/ Dubstep

What was the first record you bought?

Hard to remember the very first one I bought but when I got into vinyl I remember buying some old school garage from the likes of groove chronicles along with some of the old Kromestar and Skream white labels.

The next things for me are working on a lot of material to be either pushed for more releases or given away for free, I’m working on lots of hip hop instrumentals lately taking the classic sampling from dusty records ethic, also making a lot of trap instrumentals and working on grime as usual, but I’m focussing now to make some more instrumentals with room for a vocalist to breathe, also have some small projects coming up with some artists from across the UK and hopefully recording lots more mixes ranging from old school grime all vinyl mixes and new school blends. But I’m currently working on an EP, which will be given away for free some time this year!

Make sure you catch him at the U Wot Blud Springbreaker’s rave on March 23rd at Bar Moda Hastings. 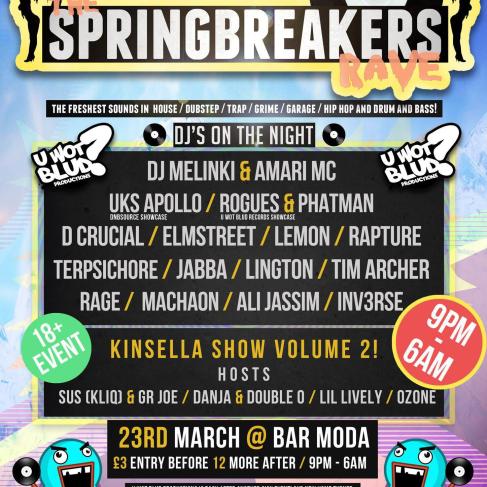 Buy the EP from these links: