Sundown Festival will continue to provide a haven of genre-defying performances from the very best in drum and bass, house and techno.

Hosting a one-day stage takeover, CruCast will be in attendance with the full crew plus special guests DJ Zinc,  D Double E and Problem Central with even more names to be revealed.

Together are back in 2019 with a series of even more infectious sets. This year, Sonny Fodera will top the bill, with Low Steppa and Danny Howard making their return, Friend Within appearing with special guests and as well as a sure-to-be mind blowing set from  Disciples.

Tickets are available at www.sundownfestival.co.uk/tickets from 9am on Friday 1st March. Follow @SundownUK for more info.

TICKET INFORMATION
Available from 9am on Friday 1st March. 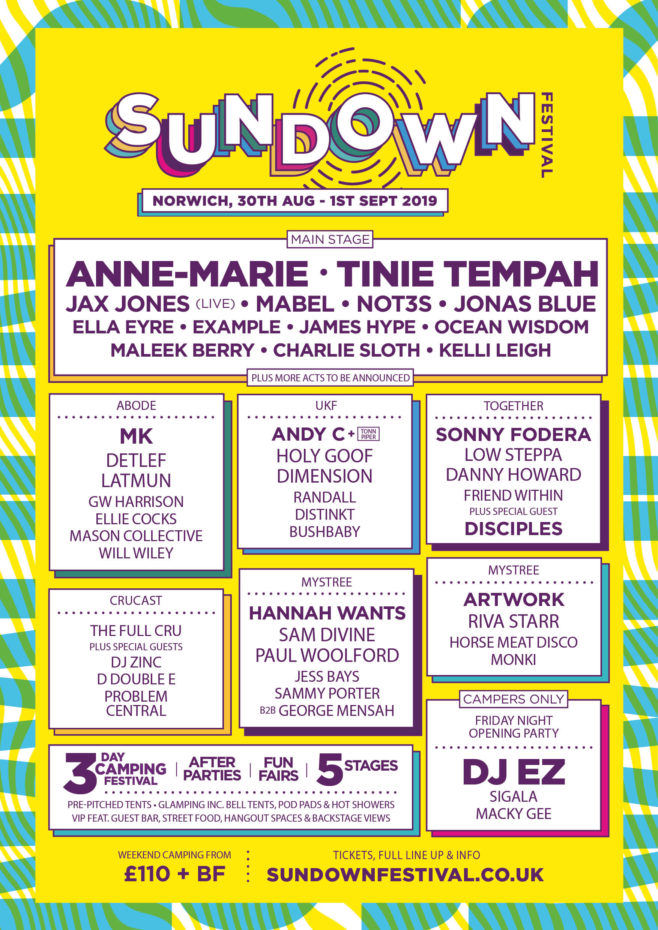 Lil Yachty and Migos Link up for ‘PEEK A BOO’