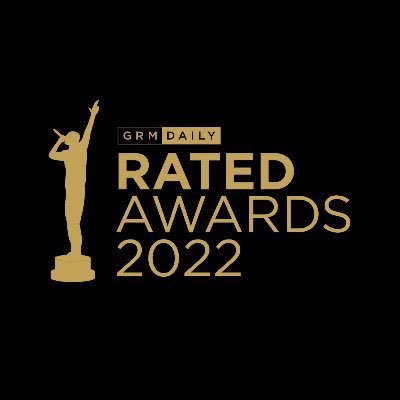 Britain’s premier award ceremony for UK Rap & Grime, the Rated Awards returns to celebrate the best talent in the UK music scene over the last 12 months at a live ceremony in central London which will be broadcast exclusively on E4.

Today, GRM Daily announce the nominations for this years awards  Aitch, ArrDee, Cleo Sol, Dave, Little Simz, M Huncho, and Tion Wayne are among the artists with multiple nods each. The awards span over ten categories from Breakthrough and Video of the Year, to Album and Personality of the Year.

The nominations for the 2022 Rated Awards honour some of the UK scene’s biggest names and their achievements between 1st June 2021 to 1st July 2022. Voting opened today and fans can head to grmdaily.com/ratedawards to cast their votes.

Dave leads the way with six nominations including two for both Track of the Year and Video of the Year, with his Stormzy collaboration Clash up for both. Dave is also up for Male Artist of the Year and the prestigious Album of the Year award for Were All Alone In This Together where hes set to face tough competition from the likes of Little Simz, Fredo, Cleo Sol, Tion Wayne, M Huncho, Knucks and Kojey Radical.

Album of the Year nominees Cleo Sol and Little Simz are up against Mahalia, Ms Banks, Stefflon Don, Miraa May as well as newcomers FLO and Dreya Mac for Female Artist of the Year. The always hotly contested Breakthrough category features a strong shortlist including A1 x J1, Dreya Mac, Knucks and SwitchOTR. Packed with huge hits the Tracks of the Year category will see Daves #1 single Starlight, Central Cees PinkPantheress-sampling smash Obsessed With You, Aitchs Ashanti-assisted Baby as well as ArrDees Flowers (Say My Name) battle it out. Full nominations below.

GRM founder Post says, Im proud to be returning with our seventh Rated Awards and bringing an even more incredible show to screens this year.

Returning in 2022 for its 7th year, this years GRM Daily Rated Awards is set to be its biggest celebration of the flourishing UK Rap & Grime scene to date. As it returns to a full live event the awards show is set to showcase a broad range of the hottest upcoming and established artists with a selection of iconic performances that simply wouldnt be seen at other awards ceremonies. With a carefully curated line up of unmissable talent, the Rated Awards will be broadcast on E4 with hosts and performers to be announced in the coming weeks.

The Rated Awards were founded by GRM Daily, an award-winning platform that has remained at the epicentre of UK Rap & Grime music culture for over a decade. An outlet where the very best of UK music is wholeheartedly celebrated, GRM is renowned as an influential launch pad for the country’s emerging and established talent. With over 6 billion YouTube views, 5 million subscribers and an online reach of over 9 million, GRM is the most viewed British music platform in the UK.

The Rated Awards 2022 will be broadcast exclusively on E4

Youngs Teflon – All Eyes On Me Against The World