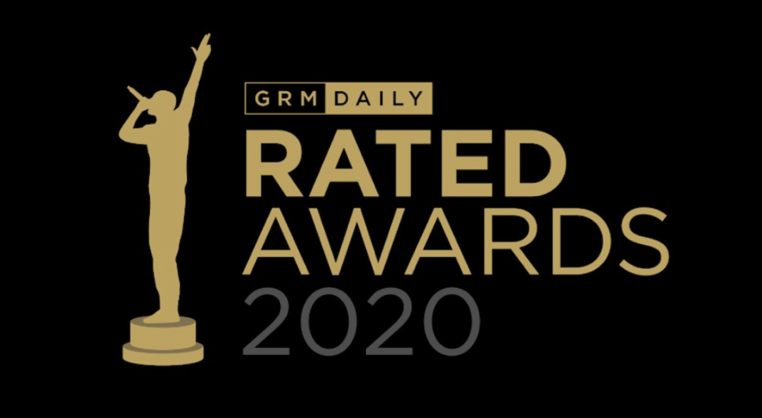 Returning in 2020 for its 5th year, this year’s GRM Daily Rated Awards will celebrate the best talent in the UK music scene and is guaranteed to provide another selection of iconic performances that simply wouldn’t be seen at other award ceremonies.

Hosted by Mo Gilligan & Julie Adenuga, the 2020 Rated Awards will be broadcast exclusively on YouTube & Ratedawards.com and will feature performances from nominees Kano, Dizzee Rascal, George The Poet and M Huncho for an unbeatable and must see evening of music and entertainment. Showcasing a broad range of the hottest upcoming and established artists, the carefully curated line up will also include unmissable live performances from Abra Cadabra, Dutchavelli, Ivorian Doll & Br3yna.

With awards spanning over ten categories, from Breakthrough and Video of the Year to Album and Personality of the Year, the nominations for the 2020 Rated Awards reflect the huge talent in the UK and will honour some of the scene’s biggest names and their achievements between 1st June 2019 to 1st June 2020.

Fast rising Manchester rapper Aitch and formidable Croydon superstar Stormzy lead the nominations with four nominations each in Male Artist, Track of the Year, Video of the Year and the prestigious Album of the Year categories, following what has been an incredible year for each artist, with numerous accolades and chart successes under their belt. They face strong competition from J Hus, AJ Tracey, Headie One, Kano and Krept & Konan, who have all received numerous nominations this year. Full list of nominations bellow.

The Rated Awards were founded by GRM Daily, an award winning platform at the epicentre of black British music culture since 2009. An outlet where the very best of black British music is whole heartedly celebrated, GRM has charted the scene’s rise from a largely underground phenomenon to its current status as the nation’s biggest youth culture movement. Along the way, they’ve been an influential launch pad for some of today’s biggest British artists and have amassed a huge loyal audience.

Rated Awards host, Julie Adenuga says: “I’m honoured to be back hosting the GRM Rated Awards with my favourite co-host ever, Mo the Comedian! I’m looking forward to being part of a night of celebration & entertainment for UK music supporters all around the world”. Co-host Mo Gilligan adds ‘GRM have always supported me and I feel very proud to be hosting The Rated Awards again with phenomenal Julie Adenuga!’

Set to take place as a virtual ceremony due to the coronavirus pandemic, this year’s Rated Awards will be an immersive experience, but is still set to be one of the biggest celebrations to date, capturing the vibrancy and diversity of the scene like no other award show could.

“We’re back for a very special fifth edition of the Rated Awards. Really looking forward to everyone at home sharing the moment after a year of amazing achievements” – Founder & CEO of GRM Daily, Posty.