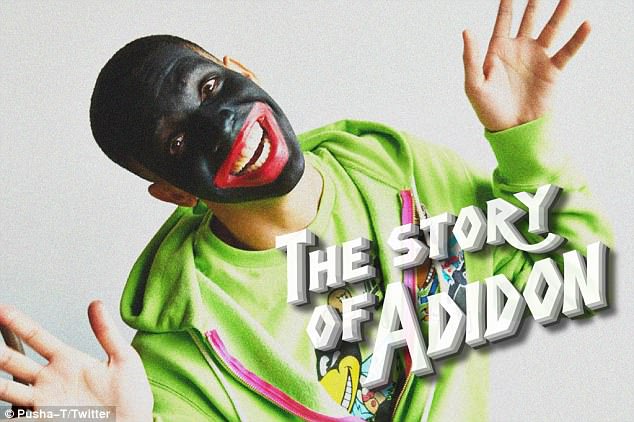 The two rappers have been going head to head for a while now, with Drake re-igniting the most recent feud with his first diss track entitled “Duppy Freestyle”.

On the single, which Pusha T raps over the acoustic tune of Jay Z’s 2017 hit The Story of O.J., he states: ‘Since you name-dropped my fiancée / Let ‘em know who you chose as your Beyoncé / Sophie knows better, ask your baby mother…

‘Cleaned her up for IG, but the stench is on her… A baby’s involved, it’s deeper than rap / We talkin’ character, let me keep with the facts / You are hiding a child, let that boy come home / Deadbeat mothaf*cka playin’ border patrol.

Push also took a shot at Drake’s producer 40, as he referenced his battle with Multiple Sclerosis.

The artwork for the track featured a dug-up photo of a young Drake wearing blackface make-up, and a Jim Crow t-shirt which is alleged to date back to 2008 and captured by photographer David Leyes in association with Toronto-based brand Too Black Guys.

Drake is no stranger to replies, lets wait and see what happens next! Who are you backing? Team Push or Team Drizzy?