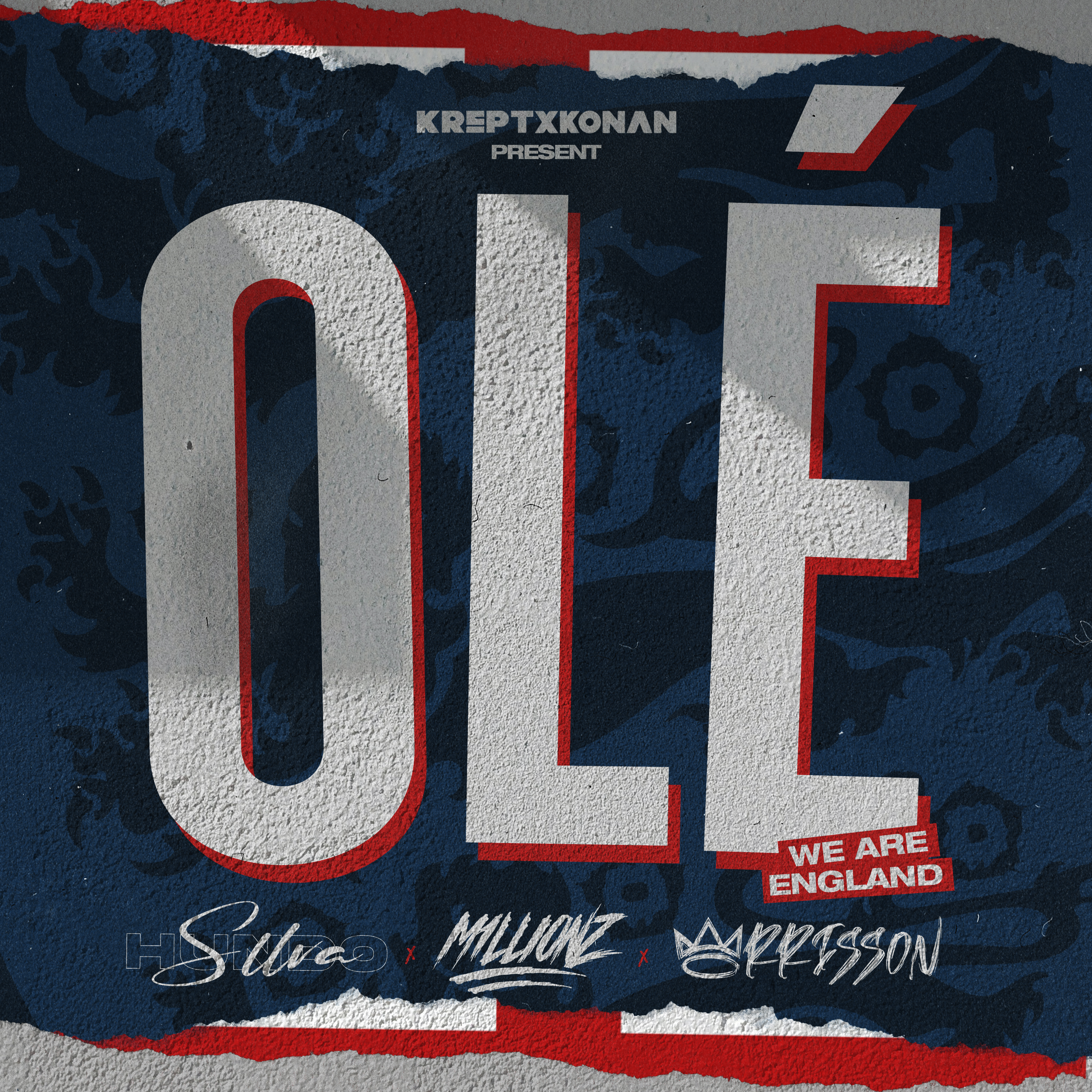 The making of “Olé (We Are England)” was documented in the BBC show We Are England (first broadcasted on BBC 1 on Wednesday 9th June). We Are England which followed Krept & Konan as they explored Englishness while as they set about making a football anthem for the Euros, seeking advice from fellow rap artists, manager Gareth Southgate and England players such as Declan Rice who, on hearing the song, said: “That’s crazy. That’s being played before the game. First game against Croatia, that’s going on the playlist, on the speakers – bang.”

The accompanying music video for “Olé (We Are England)” will drop tomorrow, Saturday 26th June. Directed by Suave (Headie One, Fredo, D Block Europe), it was shot during the European Championship tournament.

The “Olé (We Are England)” music video will show each artist in a different football related set-up and location for their respective verses. Krept & Konan and S1lva were filmed amongst England fans in and around Wembley Stadium right before the England vs Czech Republic match this week. M1llionz was filmed representing his hometown outside West Bromwich Albion F.C. football stadium in Birmingham and was joined by S1lva on the pitch as they practised their football skills. Morrisson, who hails from Newham, East London and is a big West Ham fan was filmed outside the Bobby Moore (World Cup Statue) on Green Street, (home of the legendary Bolyen Ground in Upton Park).

FUSE ODG ANNOUNCES HEADLINE SHOW AT THE GARAGE ON 21ST MAY