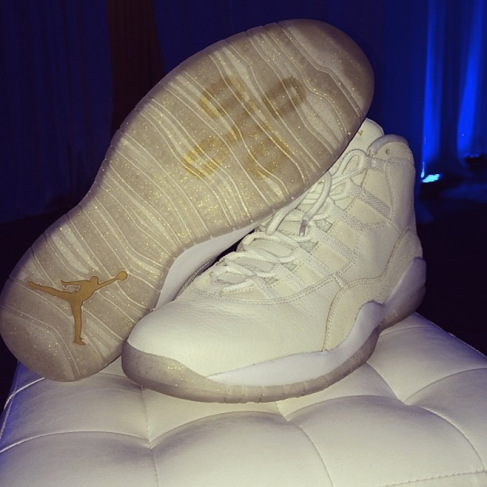 What a crazy time for Nike; Kanye announced last week that he was leaving for rivals adidas due to unsatisfactory royalties and sly leverage sales. But it’s fair to say the iconic sportswear brand isn’t weeping into their sneakers, as Nike’s subsidiary Air Jordan have just announced that they’ve inducted a new member into Team Jordan, hip hop heavyweight Drake. The Canadian rapper announced the collab last night at his Portland gig, the home of Nike headquarters, saying “So today I came to Portland, and I officially became inducted into the Team Jordan family”. Air Jordan’s Twitter account confirmed all by tweeting “He’s home. Welcome the newest member of #TeamJordan: @Drake”.

Drake followed up the statement by posting images of the collection on Instagram, with the footwear featuring his ‘OVO’ logo. Not too bad a replacement for Yeezy.

Be the first to comment on "Nike Loses a Kanye, then Gains a Drake."