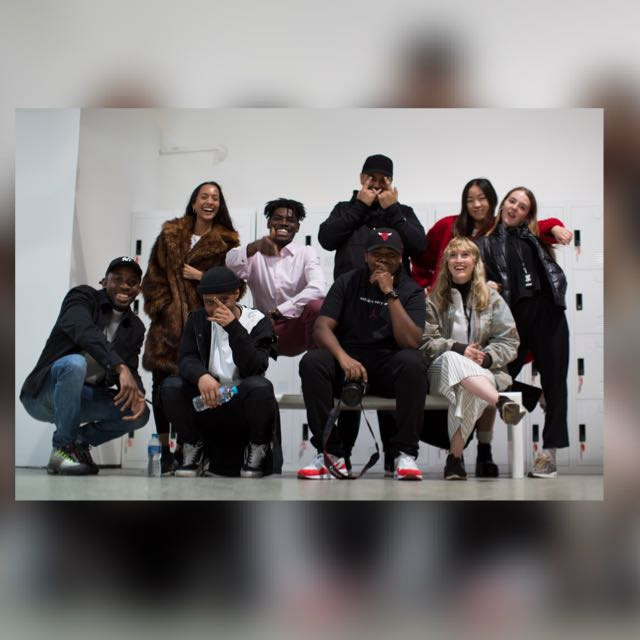 There are times in life when an opportunity comes up and it’s so good, you have to take it with both hands firmly grasped…well I had that opportunity when myself and nine other promising creatives had the chance to work with Nike and Complex Magazine to mark Nike’s new trainers, the Air VaporMax. From the 21st to the 24th of March, we were based in Omega Place, a studio near King’s Cross station in North London to work on a special zine called London On Air to not only mark the brand new Air VaporMax but to also mark Air Max Day which happened on the 26th of March, celebrating 30 years of having the Air Max.

If that wasn’t an incentive to get stuck into the task ahead, the week also involved a number of workshops, bringing together the very best of emerging talent in London across visual arts, photography and music production with the likes of radio station Radar Radio, photographer Joseph Hayes and video artist Natalia Stuyk all leading these workshops across the week to give the lucky participants an enlightening and innovative insight into these exciting creative outlets. The energy levels throughout the week were empowering, the feeling of being around other young creatives all hungry to make a mark, all bringing something different to the table definitely brought out the very best in me. This was no ordinary task to complete in a limited period of time, to say I was out of my comfort zone throughout this experience would be an understatement because as I learned, just getting the ball rolling to create some momentum was the hardest thing to overcome during the week. Throughout the week, a number of mentors including producer Faze Miyake, Guradian editor Coco Khan, photographer Ashley Verse and Complex editors JP and Hyperfrank came into the studio to give us some advice about how to tackle the project. All-in-all, one mammoth task to complete in just four days. Getting to work with state-art-the-art MacBook Pro laptops (buying one of these bad boys will set you back an arm and a leg) was a welcome perk to taking part in this project in fact getting free food from Leon and Pret as well as an array of free snacks, sweets and enough coffee to give yourself an enema added gloss to an already glossy opportunity. 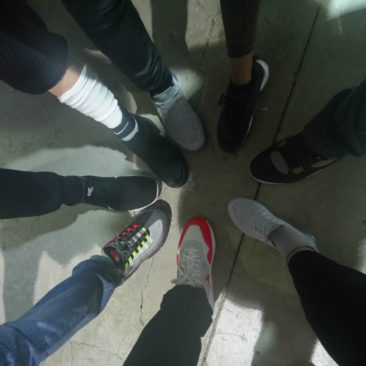 On the first day, we were briefed as to what exactly we were going to do by the awesome Complex Magazine team as well as having a tour by Nike where we learned about the origins of the Air Max, how the trainers developed and evolved over time before going talking about the Air VaporMax. I have to say, the trainers themselves look sleek, modern and represent the innovation that Nike have been coming up with in the trainer game for so many years. Here in the UK, trainers like the Air Max 90s and 95s have iconic and legendary status among the most avid of trainer collectors so to see the evolution of the Air Max throughout the years gave me a newfound respect for Nike for the changing established perceptions, going against the norm and more importantly, becoming the trailblazing brand they are now. During the first day, we learned about certain buzzwords that seemed to represent the kind of ideals and feelings that Nike resonate with, words such as “culture”, “legacy”, “performance” and “city” gave us an idea as to what to come up with when it came to putting the zine together. The Complex editors did little in terms of providing a structure, the impetus was on us to express ourselves with a free reign. On this day, it was more about brainstorming rather than coming up with concrete ideas.

On the second day, the creatives and I divided ourselves up among the visual artists, photographers and journalists. Each group ultimately had a succinct goal but together, our goals all linked as one, to be able to use our selected muses and bring them to live in a way that fitted into the ethos and values that Nike associate themselves with. There were people that the journalists had to interview, shots that the photographers had to take and as for the visual artists, they had to create dynamism that would enhance the viewing experience for the zine. The VaporMax as well as the buzzwords provided a stimulus for all of us, to get as much culture, innovation and energy packed into this project as possible. For me personally as a journalist, I got stuck into the experience, readily researching the people I was going to be interviewing. One of those people I was interviewing was Joseph Hayes, a photography with a difference. He combines motion with his photography to create wonderful gifs that are filled with life. He manages to add emotion to candid scenes in his photography, the need for his subjects to be as natural as possible a crucial aspect to his work which led to him being eyed up by Nike for the London On Air project. After finding out about his work, I found talking to him to be a genial experience, his demeanour being one of a person not letting the Nike co-sign go to his head and through the workshops he led, he let his work do the talking, I could see exactly why Nike saw potential in his work and brought him so he could be part of the Nike-Complex collaboration. 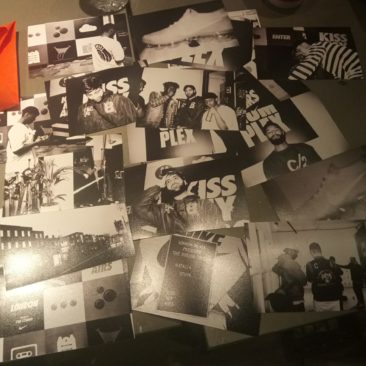 I spoke with two more people on the third day. Firstly doing a joint interview alongside Corey Pellatt, one of the Complex editors with Martha, a DJ for Radar Radio about why she got into running, talking about Radar Radio Run, an event where runners where invited to go on a run across London which finished off at Radar’s studio in Islington and talking about the link between music and running among other things. Secondly, I spoke to Adelaide from South London collective Born N Bread, they are a group of young creatives who make zines, host music events repping local musicians from their community and hosting a radio slot on NTS Radio, I spoke to her about the sort of energy music needed to make people feel good when they listen to it, what Born N Bread’s inspirations were and why she thought Nike wanted to collaborate with the collective plus a few other things. While I had interviewed my people, my fellow creatives had been busy at work creating the artwork and photography that was going to be used in the zine. The whole experience evolved constantly; the longer it went on for, the concrete and innovative the ideas became and the pages of the zines which were displayed on a large board so that everyone in the studio could see it as they walked past it quickly became filled up with the sort of vitality and enterprise which was entrusted in us by the editors, the fruits of our labour were quickly starting to ripen.

The fourth and final day was more about enhancing the work that we had already put together, checking every last detail available in order to make sure that the zine could be as good as it could ever be. Messing around with light, fade, contrast, texture, font, colours, tones, exposure, themes and more filled this final day when the clock was ticking so that the zine could be printed in time to mark Air Max Day at the end of the week. The week was a fantastic opportunity, a chance for ten people who had never met before to come together to produce something more than worthwhile, it was a real bonding experience. 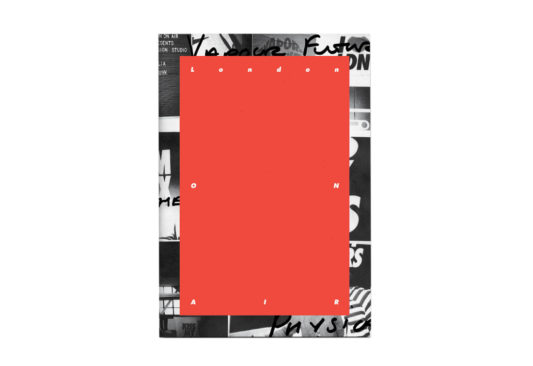 A successful job done and to make the week really feel worthwhile, on Sunday (26 March), to celebrate the London On Air project, Fabric was hosting an invite-only rave with Radar occupying room two. Radar’s night had appearances from the likes of AJ Tracey, Stefflon Don, Novelist, Cadenza, P Montana and the BBC AZN Network. At Fabric among the hordes of people there, I was able to get my hands on the actual printed zine and the finished product knowing full well that it was a job well done. I definitely don’t regret taking this opportunity to work with Nike and Complex Magazine. Shout out the Complex team there to guide us through the challenging four days, the mentors who gave us a helping hand, Ashley with the photographic tekkers and shout out my fellow contributors; we came, we saw, we conquered.

If you want the zine in full, check out Complex to see their write-up which includes the zine.