Kendrick Lamar and his footwear collaborations have always hit the right spot for his fans. Once adding a touch to Reebok’s Classic Leather and then transitioning over to the Nike, the Compton-born rapper is moving on from the Cortez and taking a chance with the React Element 55, a pair he revealed on Instagram stories in a veil of black and white.

The trainer has been given a treatment almost as inventive as if it were translucent altogether. Strips of taping outline the shape at the toe, eye stays, and beyond with heel tabs and sole units seemingly doing the same, though with the latter preferring just a note of more contrast. Following the split executions of some of his previous works, laterals and medial diverge from each other quite heavily: one is by and large much brighter in its patterning while the opposite side tints down.

Grab a quick look at what’s on his feet just below and keep it locked for more images and release details down the road. 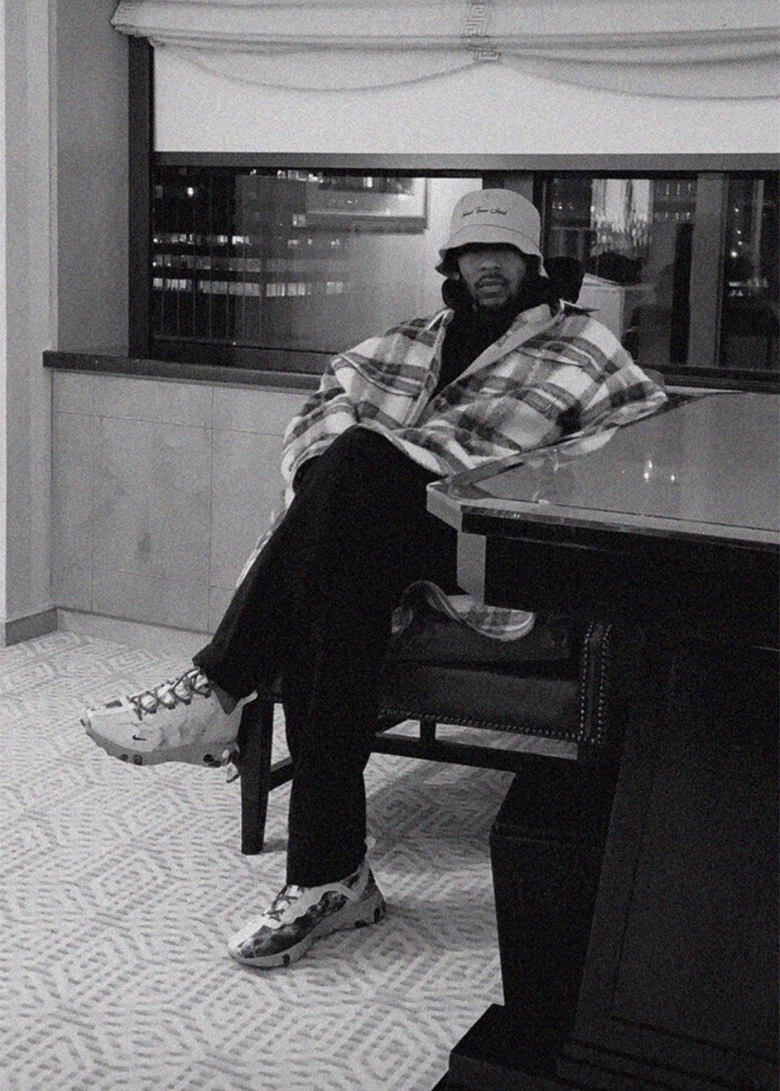