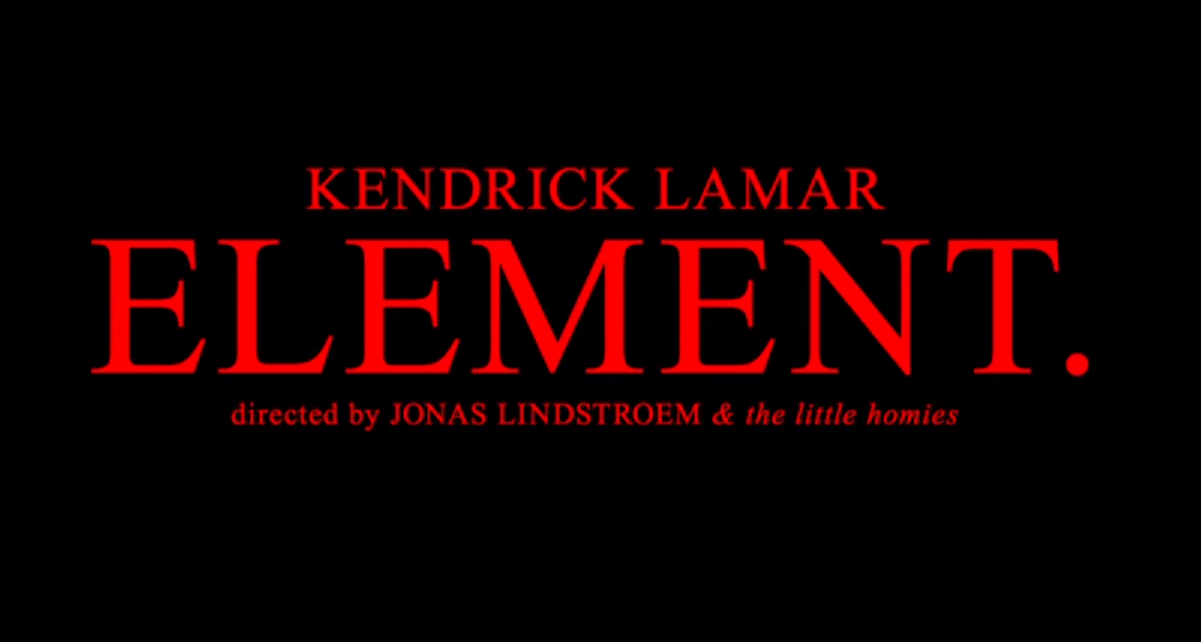 Kendrick Lamar has blessed us with a new video this evening for his track Element, which is taken from his critically acclaimed 2017 album DAMN. So far K-Dot’s imagery for his 2017 singles have been extremely emotive, as well as visually complex with Element following this pattern.

The video shows, burning houses, criminals, street brawls and Kendrick leading a group of males in a sing-a-long of the track. Believe it or not there is a considerable amount of other footage, that has gone unmentioned. Much like the video too DAMN’s first single Humble the video is basically an amalgamation of visually striking clips that create

Kendrick Lamar Is Collaborating With Undercov...

Kendrick Lamar will Feature on the next Episo...

Kendrick Lamar Is Collaborating With Undercov...

Kendrick Lamar will Feature on the next Episo...