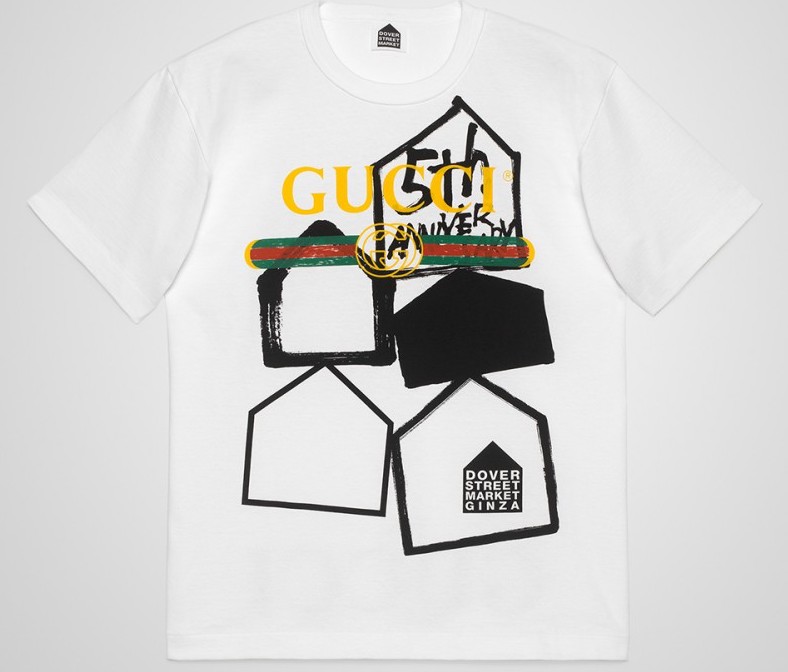 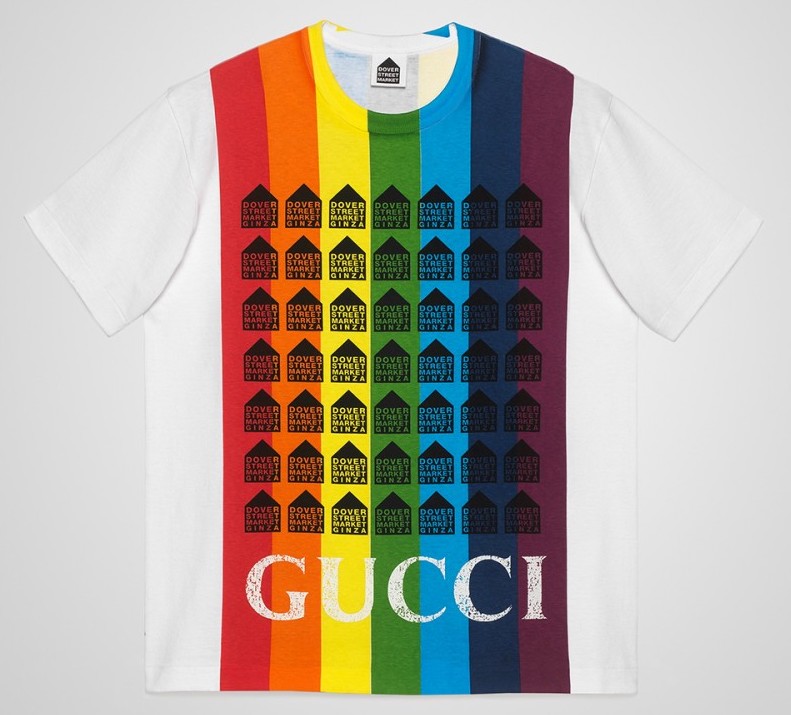 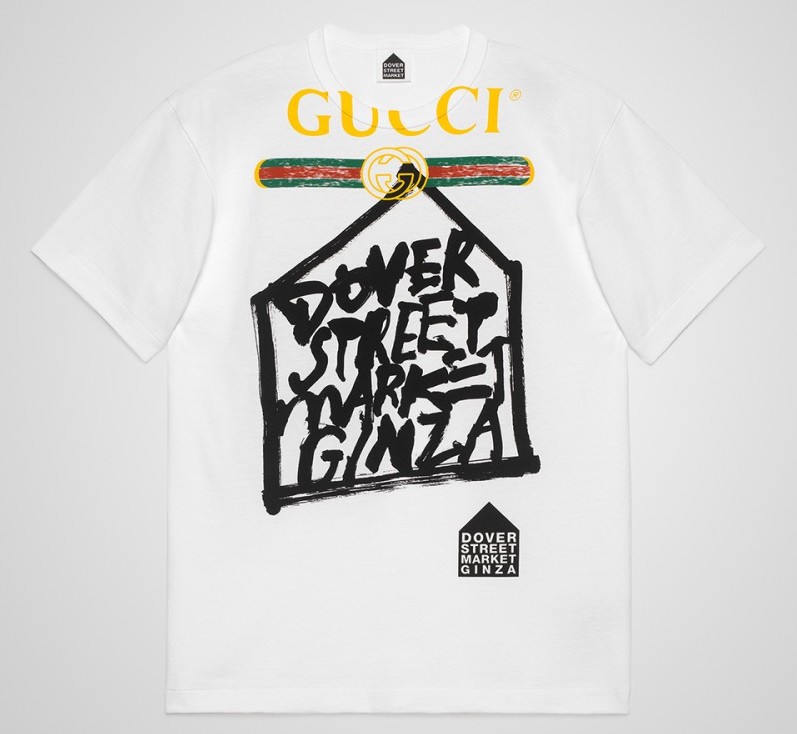 There are three t-shirts in the Gucci collection, one with the iconic Gucci logo and a graffiti version of the trademark DSM house logo. A rainbow striped t-shirt with a plethora of mini DSM logos for the eccentric fans out there. Finally the third tee features the Gucci logo overlaid on top of a few DSM logo’s ranging from paint brush stroked to solid outlines styles.

With only ten T-shirts available per design, totalling to a exclusive 30 pieces the collection is highly sought after. The lucky buyers will not only receive the limited edition T-shirts, but also a free DSM Ginza fifth anniversary necklace designed by none other then Rei Kawakubo – CdG and DSM founder.

The Gucci Dover Street Market Ginza fifth anniversary T-shirts will be available at DSM Ginza from March 18th. Check out the other collaborations for the anniversary while over on DSM Ginza.