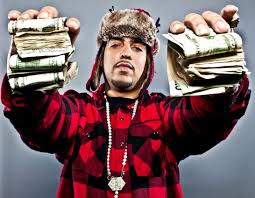 French Montana, the hottest rapper out right now is coming back to the UK cos he loves it here so much.

The Rapper is signed to Diddy’s label Bad Boy records and has been touring all over the states with an entourage including Maybach Music Rappers, Rick Ross and Meek Mill.

French Montana is currently one of the most talked about rappers in the industry, with his most recent release “Mac & Cheese 3” being one of the banging mixtapes of 2012, achieving over 1 million downloads. The “Excuse My French” tour will be one not to miss. The dates are as follows:

Are you going? DO you feel the Mac and Cheese wave?

LEAVE US COMMENTS SO WE KNOW WHAT CONTENT TO BRING YOU.

Jorja Smith links up with Stormzy for “Let Me Down” Visuals