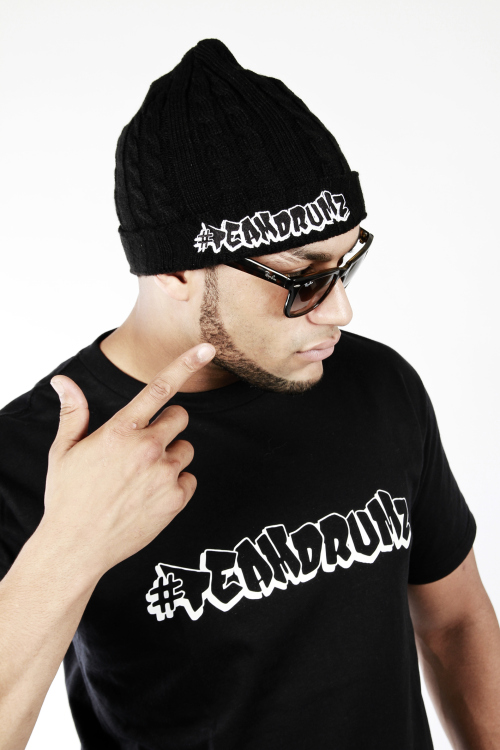 After being attracted to the Drum N Bass scene and attending big raves in London from an early age, Dreps became inspired to write his own bars and step into the MC arena in his own right. Initially joining the ‘UNCZ Crew’ as the fifth member at the age of 20. Bringing his own trademark style and flow patterns to the table he quickly became a sought after MC in the game, being booked for ‘Innovation In The Sun’, ‘Breakin Science’, ‘Raveology’ and ‘Random Concept’. He recorded his first mixtape ‘PNC Vol 1’ featuring veterans Skibadee and Funsta, after paying homage to the godfathers of the Jungle and DnB game his status was further cemented.

Dreps’ second mixtape PNC Vol2  featured DNB heavyweights Eks Man and UK urban artist Harry Shotta and was well received. Dreps made the transition from DnB to UK urban music after linking up with UK artist Harry Shotta and experimenting with different genres of music at slower tempos, the consistency with his lyrical delivery and raw content meant that a slower tempo only made his style more appealable.

Dreps  released visuals ‘Shuttin it Down’, ‘Ready or Not’ and more recently ‘Why Would Eye’ on SBTV as part of Harry Shotta’s ‘Kaleidoscope Music’ compilation. As well as Music, Dreps teamed up with UK clothing Brand Avit clothing to produce his own branded clothing called ‘Team Drumz’ an extension of his DnB brand. Upcoming projects include the completion of the ‘PNC’ mix tape trilogy, mixed by DJ Ruffstuff and a foray into the Rap game. to follow Drep’s Musical journey follow him on Twitter @drepslegacy.

Be the first to comment on "DREPS – UK DnB ARTIST"