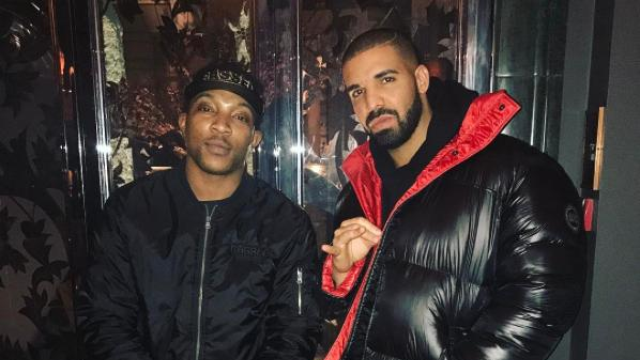 You can trace Drakes love for London back to 2014 when he started to watch the Channel 4 cult classic Top Boy. After the KMT rapper started to tweet his admiration towards the characters within the show speculation began to emerge that Drake may be interested in bringing the show back. Fast forward to 2017 and finally Drake is bring Top Boy back and moving to London to immerse himself in the culture.

Ashley Walters (Who plays Dushane in the show) told the Daily Mirror that a “significant role” is being crafted for the former Degrassi star who actually gave up acting to follow his other passion, music. It is believed Drake picked up the rights to the show last year with positive talks held. The show maybe ready as early as 2018 streaming exclusively on Netflix.

Top boy getting waved with the man dem.

The 6 God has made no secret of his love for London and has even started working with UK artists regularly including Giggs, Skepta, Sampha, and Dave who all feature on his latest album More Life. The love Drake has been showing the UK is definitely being reciprocated as he currently has several songs in the top 40 charts.

Drake Shouts out Arya Stark During His Billbo...

Drake Shouts out Arya Stark During His Billbo...