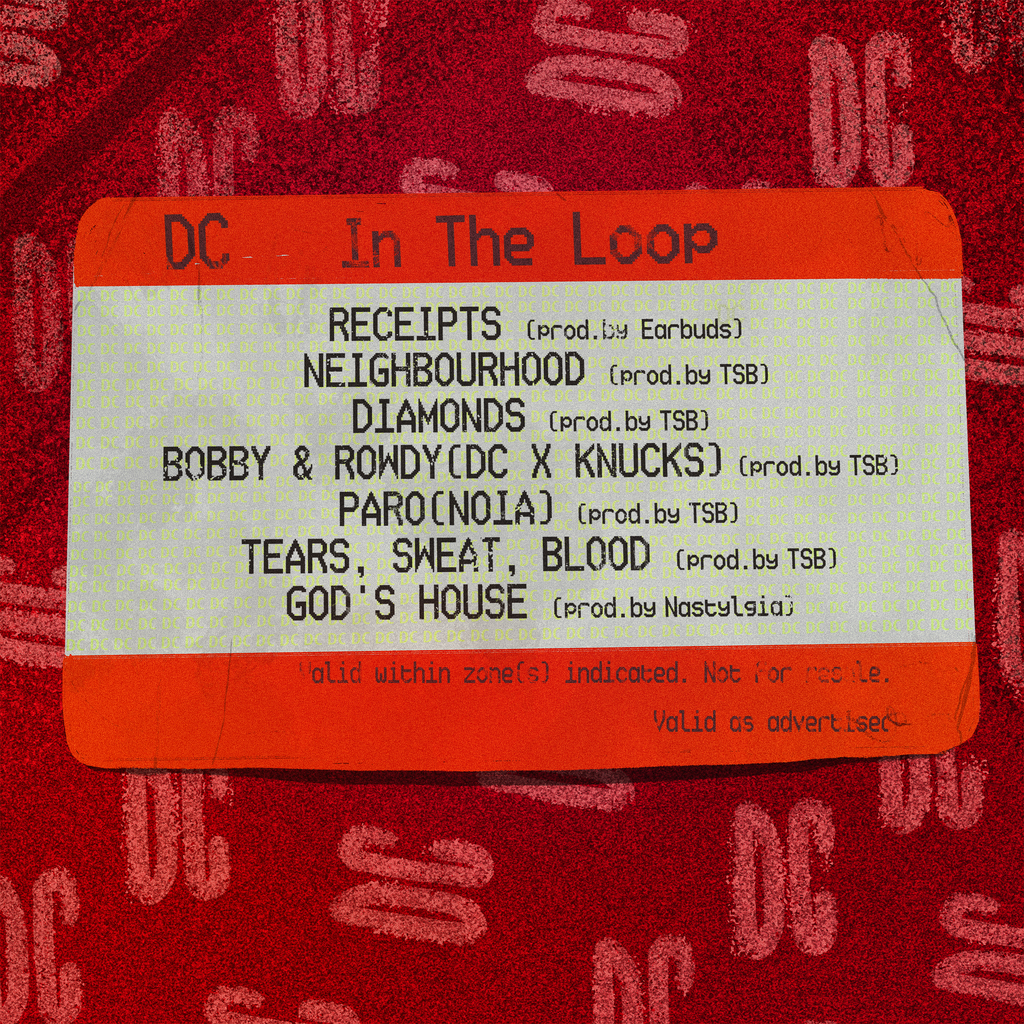 Rising South London rapper DC releases long-player project In The Loop today, alongside lead track Bobby & Rowdy ft Knucks via Virgin EMI. Produced by TSB, In The Loop is a high-concept project, which takes the listener on a psychographic journey, setting DC’s dexterous rhymes against the bustling sonic backdrop of South London, DC’s hometown.
Featuring previously released critically acclaimed singles ‘Neighbourhood’ and ‘Tears Sweat Blood’, In The Loop cements DC’s status as one of the most unique rappers on the scene. His rhymes are contemplative and cerebral, delivered in a mellifluous, effortless style and set against a genre-bending backdrop, which flits between hip-hop beats and snatches of jazz and classical music. DC has an innate ability to take the inputs he shares with other MCS and turn them into a fresh alternative to the usual output. His approach, underpinned by priorities from a higher moral ground, delineates a different take on tried and tested narratives and clichés.
Lead single Bobby & Rowdy is a spacious, meandering track, which finds DC trading lively verses with fellow Londoner Knucks over synths, chopped-up fragments of piano. Directed by LX, the accompanying music video is a gritty, cinematic love-letter to South London laced with references from the French movie La Haine. Its pretty much a story of 3 guys in the hood and the battles and struggles you go through growing up in that environment Says DC I remember watching it and thinking rah this story feels mad relatable, even though it was shot like 30 years ago in another country. Yo a lot of these things happen today, so it really touched home with me.
In The Loop is a project is full of vulnerability, probably the most vulnerable I’ve been to date. The major thing is that there’s no exaggerations, no fabrications to make any of the stories more than what they are, I’m not trying to be the man in any of the situations but paint true accounts of the feelings I’ve felt. Just normal human being feelings that people may not discuss regularly. Overall that was my main motivation for the project, touching on experiences we’ve all been through in the most honest and relatable way possible you know.
On a vertical rise since making waves with his Gleamin Freestyle series, DC is a South East native artist who plays in between the lines of Rap and Grime music. Kickstarting with a 30 second freestyle video on Twitter covering one of his main musical influences – Chip’s ‘I’m Fine’ instrumental, to his rendition of Daniel Beddingfield’s ‘Gotta Get Through This’ titled Strong, the release of No Manners via COLORS, and his more recent critically acclaimed EP, Under The Influence he has built an impressive portfolio.
DC, who is now managed by Since 93 (Krept & Konan, Aitch and Fredo), has continued to gain a number of convincing accolades. From going on tour with J Hus, to gaining support from the likes of Capital Xtra, Radio 1, Young T & Bugsey and BBC 1Xtras Voice of The Streets Kenny All Star, he’s also acquired the attention of tastemakers at Music Week, Sunday Times Culture, Complex, Trench, GRM, Hunger, Highsnobiety, The Line Of Best Fit & Clash to name a few.
With timely issues dominating the global consciousness, DC’s laidback style and dextrous, uncompromising wordplay couldn’t come at a more important time. The In The Loop long player project will cement his reputation as an artist apart, both lyrically and sonically. While many MCs are firmly entrenched in the business of braggadocio, DC carves his own consistently aloof, disparate lane  a ninja sage among blusterers. 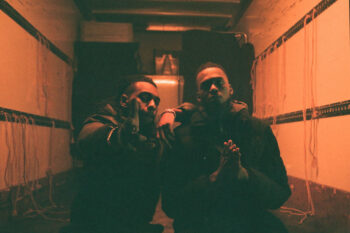 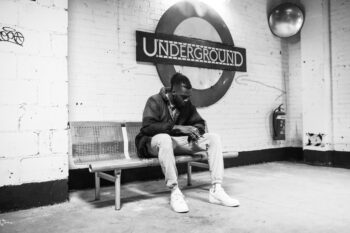 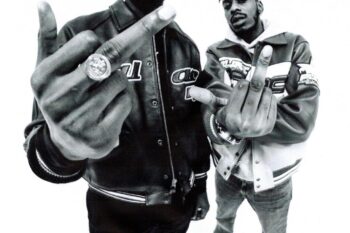 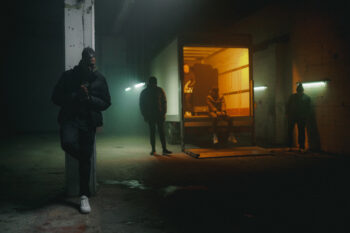 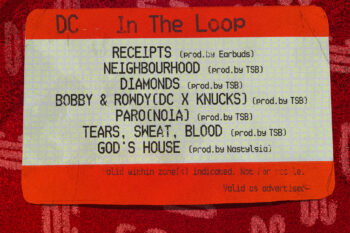 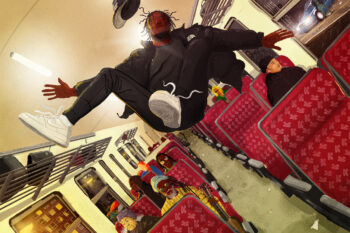 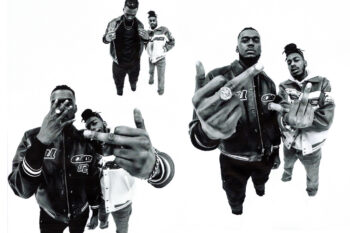 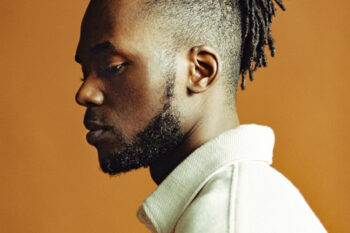 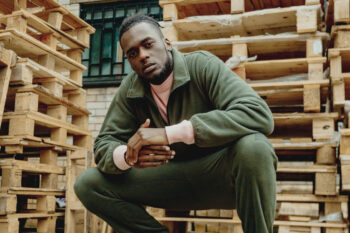 Knucks Drops The Visual For Frostbite

Knucks Drops The Visual For Frostbite