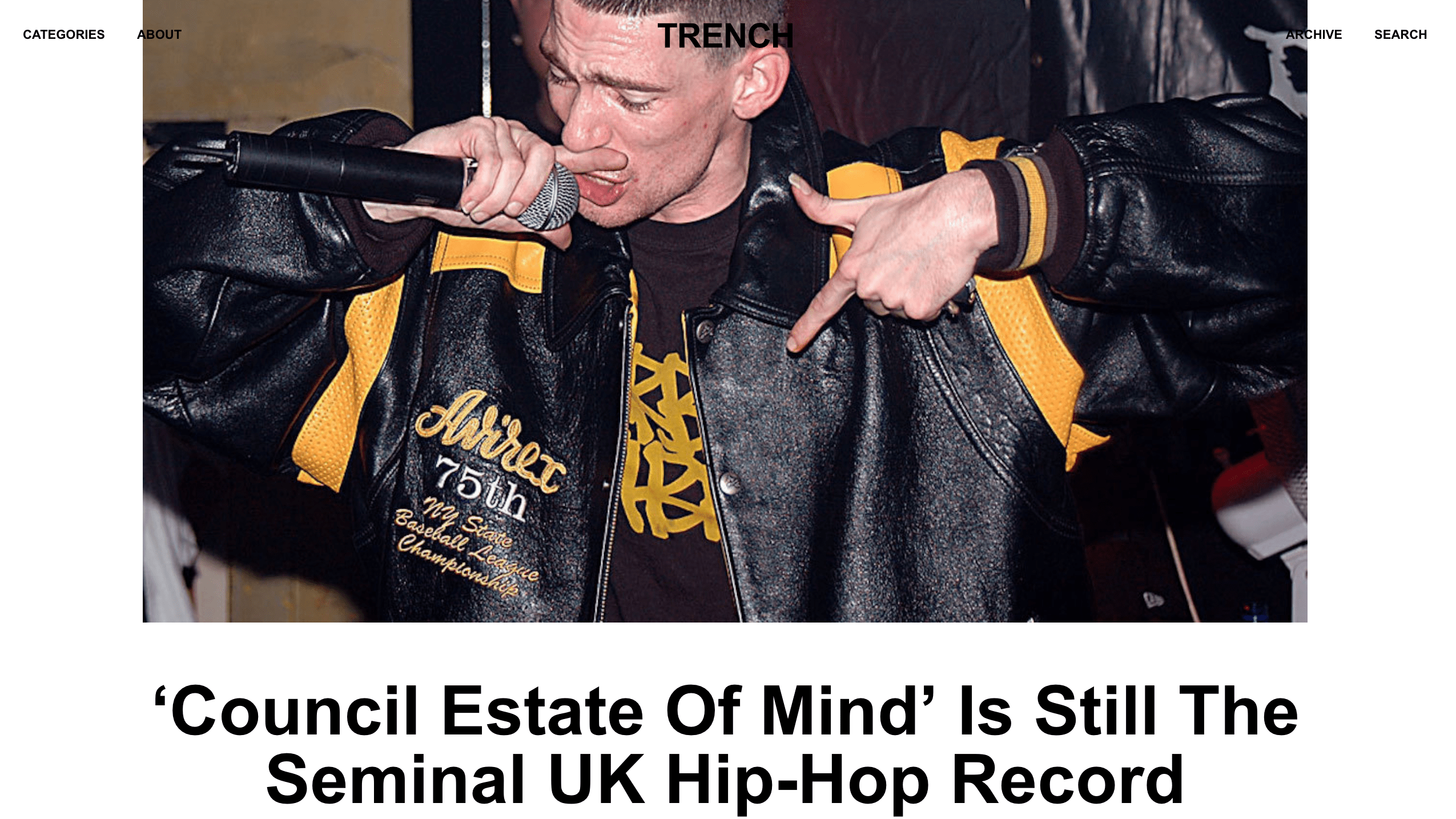 Blogging isn’t dead despite what your favourite Instagram Influencer will tell you. The need for accurate relevant information on what’s popping in the world of popular culture is still very much in demand and as the UK’s premier online Magazine we keep our eyes and ears open for new and emerging platforms that inform us of new talent events and trends. Included in our list of Blogs that need to be on your radar is a lot of exciting new blogs as well as a few that have been around for a few years but have stayed under the radar.

Check out the blogs and make sure to show your support by following them on socials. 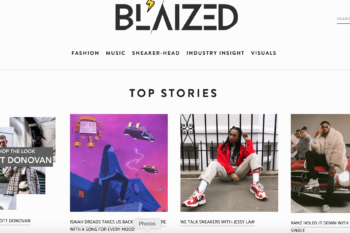 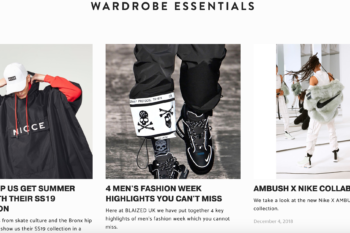 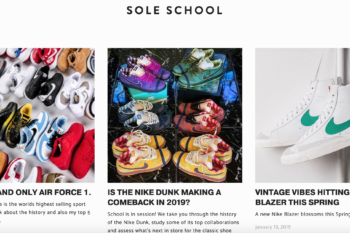 We first met the Blaized team in Birmingham at the UK Designer Expo last year when they were out filming footage and networking, the team is made of young creative uni students that are studying a variety of creative courses. Updated daily since Summer 2017, Blaized keeps their eyes on the pulse of fashion, music, sneakers and more with a heavy focus on the UK. The standout feature for us is the team’s eye for vibrant fashion and styling. The team have represented the Midlands well and even interviewed local talent. We are very excited to see what the team have in store for the rest of 2019, so join us followers of the team’s socials to keep up to date. 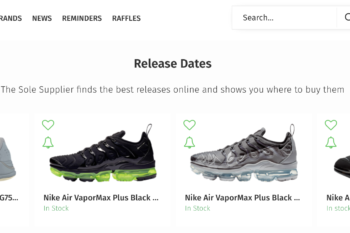 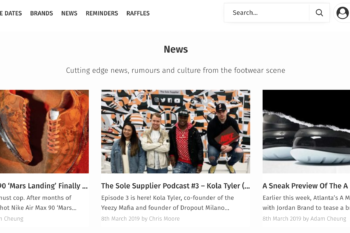 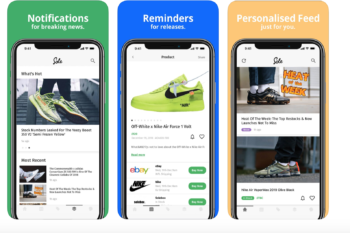 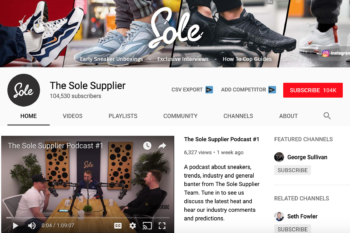 The Sneaker culture in the UK has exploded into mainstream culture over the last four years and now we have a huge need for accurate reporting on release date,s advice on what the trends are and most importantly directing us to buy the latest trainers from the right places. Meet The Sole Supplier, a blog/media platform that has used a combination of creative photography, video content, dope competitions and affiliate networks to break through the sneaker culture barriers and become a well-trusted authority on what’s happening in the sneaker game. The team are led by 28-year-old media savvy sneakerhead George Sullivan who readers of the blog and followers of the social media platforms will recognise as the face of the dope Yeezy giveaways that propelled the team onto the sneakerheads radar. The Sole Supplier has launched their own app which links visitors directly to the affiliate links of popular retailers including Sneakers n Stuff, adidas, Footlocker, Nike, Foot Asylum and more. as well as the website and the app the team have a very active Youtube page with dope content including unboxings, Vlogs, and their latest venture a sneaker based podcast. So if like us you have a passion for all things sneaker-related download the Sole Supplier app and follow their social media platforms. 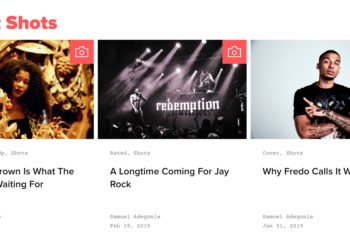 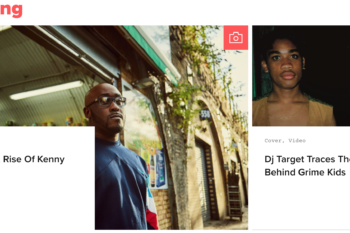 The UK Rap scene has crashed its way into the mainstream charts, Grime is an ever-present force in UK Music culture and Drill Rap has fought Youtube bans, Social Media attacks, and Media critics and survived to tell the tale all adding up to one thing UK underground Music is in the healthiest place ever and a media platform that is keeping check on its progress and exploring the inner workings of the machine is Nation of Billions. With a mixture of Industry news, new release reviews interviews and exclusive photography content the NOB team give readers an insight into the people that are making the most noise such as their ‘Covers’ features on Kenny Allstar, Fredo, Children of Zeus and more. Not just focusing on UK Music the editorial team fuses the popular stories from both US and UK Music culture together seamlessly with interviews and photo shoots with G Herbo, Maverick Sabre and Baka Not Nice making an appearance in their ‘Shots’ section. The UK Mainstream Media is often criticised heavily on social media for its constant misrepresentation of UK artists and the demonisation of genres do the Nation of Billions is a great culturally connected alternative source of Music information for the current generation. Be sure to check out the site and follow their socials. 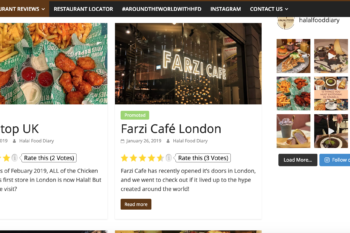 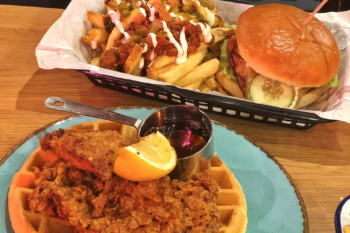 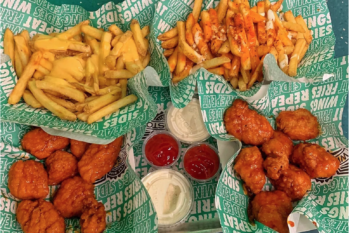 Food Blogs and Instagram blogs have been around forever and with the culture of eating out more prevalent than ever, it’s very important to know the good spots so that you don’t waste your money and most importantly don’t regret eating terrible food. A new niche market is the Halal fast food market in the UK, a lot of our favorite fast food chains such as Mcdonalds, Five Guys, Burger King, Shake Shack, Gourmet Burger Kitchen Burger and Lobster, etc have no halal branches or limited halal options available for Muslim customers, well now thanks to a halal eating foodie we now have a directory of restaurant reviews from hundreds of restaurants, fast food spots and places offering halal options. Halal Food Diary started as an Instagram page with hundreds of images of delicious burgers, mixed grills, desserts and more and has expanded into a blog. The restaurant reviews are very honest and unbiased letting you know the quality of the food as well as whether or not it is value for money. So if you yourself are Muslim looking for a new spot to eat at or you are going out with Muslim friends and want to find somewhere that you can all sit and eat together then go and check out the blog and be sure to follow their social media pages. 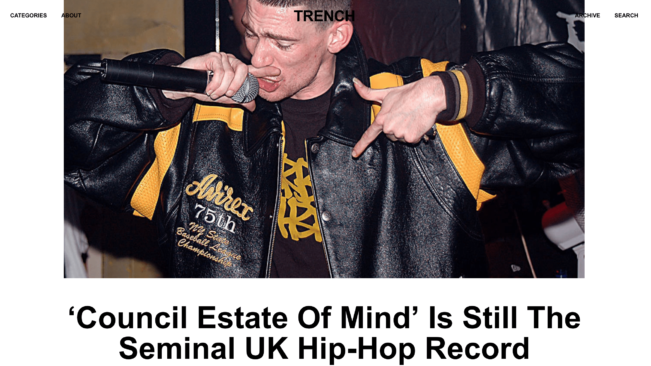 A Music Blog dedicated to covering the history of UK Music and giving an in-depth editorial about the Music culture in general. Founded by Joseph Patterson an avid Music Blogger and founder of Chokabloc the Oldskool Grime Event and Laura Brosnan AKA Hyperfrank a Grime enthusiast and Music photographer, Trench Mag keeps up to date with the latest releases via reviews and Playlists on Soundcloud like its fellow Music blogs but takes time to pay homage to the Industry greats and influential figureheads that continue to drive the culture forward. The Music media of 2019 is so obsessed with tracking the success of Uk rappers that are getting love in the charts and touring that they tend to neglect the up and coming artists that are making waves on the underground circuit. Trench Mag have delivered some dope features on artists such as Bry3nya, Tiana Major9, Kadiata and many more.

Be sure to check out the site and follow their socials.