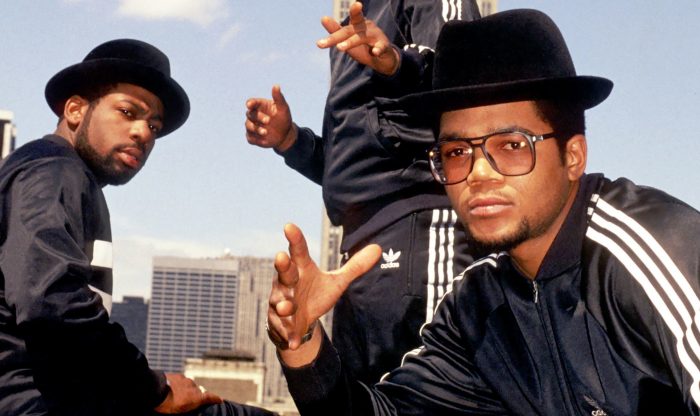 Throughout its existence the adidas Superstar has stood out as an icon of modern design, gracing the feet of musicians, sportsmen and more at the forefront of culture worldwide. Originally made and designed to revolutionise basketball footwear, the sneaker went on to cement as one of the most iconic shoes in the entire sneaker industry. A permanent staple on the feet of Run DMC, the iconic rap group wore the superstar lace less with the tongue protruding, and in an instant the silhouette became synonymous youthful energy and rebellious spirit. To celebrate the 50th anniversary of the infamous shoe, we take a look at some of the familiar faces who have been rocking the Superstar since its birth in 1969.

Run DMC, the New York City native, American Hip Hop group, wore the superstar laceless with the tongue protruding. They have been regarded as one of the most influential acts in the history of hip hop culture and have been said to be the hip hop group that are responsible for the sound and style of hip hop music today. The group released a single titled ‘My adidas’ when they refused to conform to pop culture style and adidas created a superstar silhouette dedicated to the group.

Blur’s lead singer Damon Albarn was spotted in the 90s rocking the infamous superstar silhouette. The 1990s also saw the introduction of Superstar II which bled into the skate scene and Superstar’s signature shell toe was built to aid skaters when performing flip tricks.

Over 30 years later, the Superstar proved to still be popular amongst the hip hop music scene and was spotted on the feet of hip-hop, rap sensation Jay-Z. In 2005, the adidas unveiled a superstar limited edition shoe with American rapper Missy Elliot.

The 2010s saw a number of different models and iterations of the Superstar and the shoe was spotted on some of the world’s most familiar faces such as Gigi Hadid, Kendal Jenner, Victoria Beckham and more.