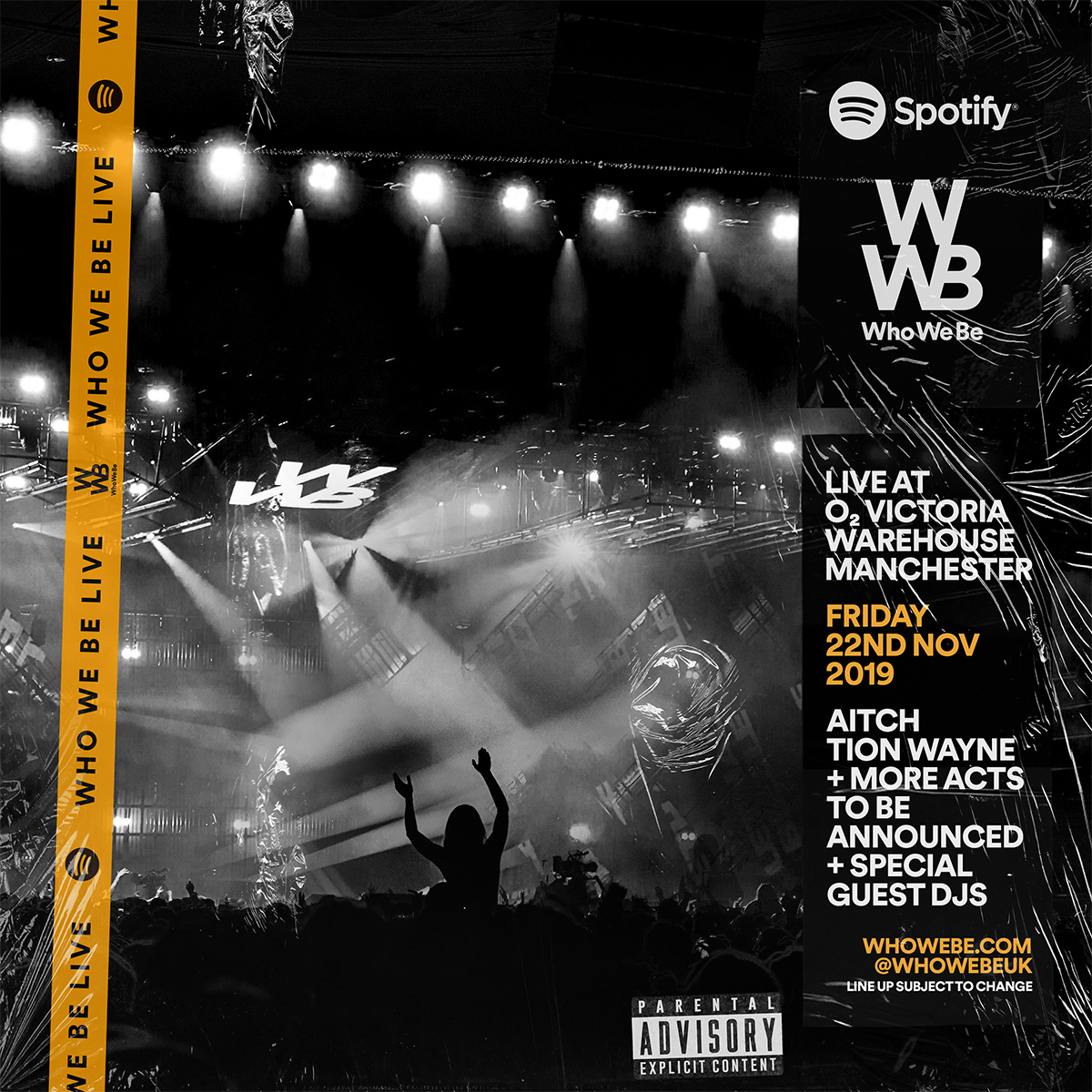 Celebrating the very best in Rap, Grime and R&B from the UK and beyond, this not-to-be-missed event sees Aitch, return to play in his hometown of Manchester.

Joining Aitch and Tion Wayne, the newly added acts represent some of the biggest names in home-grown talent and most popular acts from Spotify’s Who We Be playlist. Together Aitch, Tion Wayne, Aystar, Doja Cat, Octavian, and Zeph boast more than 800 million combined streams on Spotify.

Who We Be is curated by Spotify’s in-house urban music team and is the biggest urban playlist in the UK and Ireland, with over half a million followers.

The Who We Be playlist has grown substantially since it’s launch and is now the UK’s biggest Rap, Grime and R&B Playlist, with more than half a million followers. 2017 saw the launch of Who We Be Live -Spotify’s first-ever branded UK show. Over 10,000 music fans filled North London’s Alexandra Palace to witness a renowned live show with some of the hottest urban acts from the UK and the US. The same year also saw the playlist expand to an even larger audience with the launch of the Spotify Originals podcast, Who We Be TALKS_, hosted by acclaimed DJ, DJ Semtex. In June 2018 Spotify announced that Who We Be Live would not only return to London but also take place in Birmingham and be further supported by a second series of the popular podcast. For 2019, Who We Be continued to evolve with the creation of Who We Be Sessions, a songwriting camp for artists creating music within the genre. 2019 will also see the first ever live show hosted in Manchester. 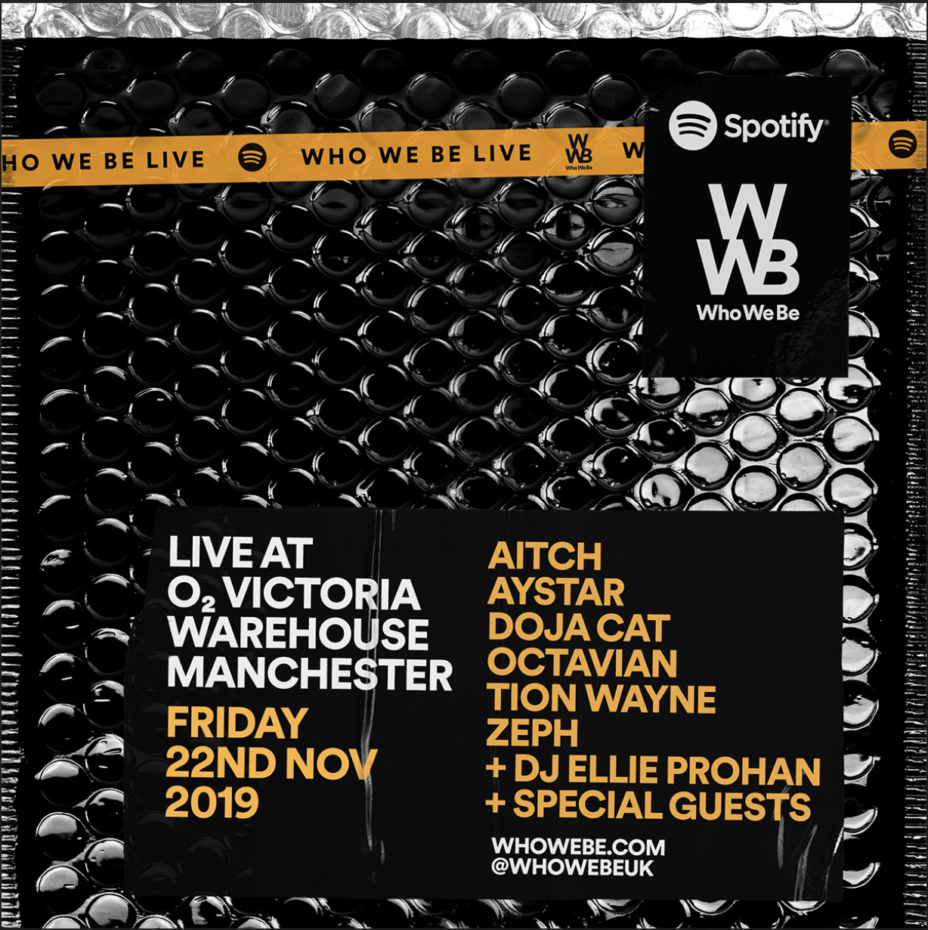