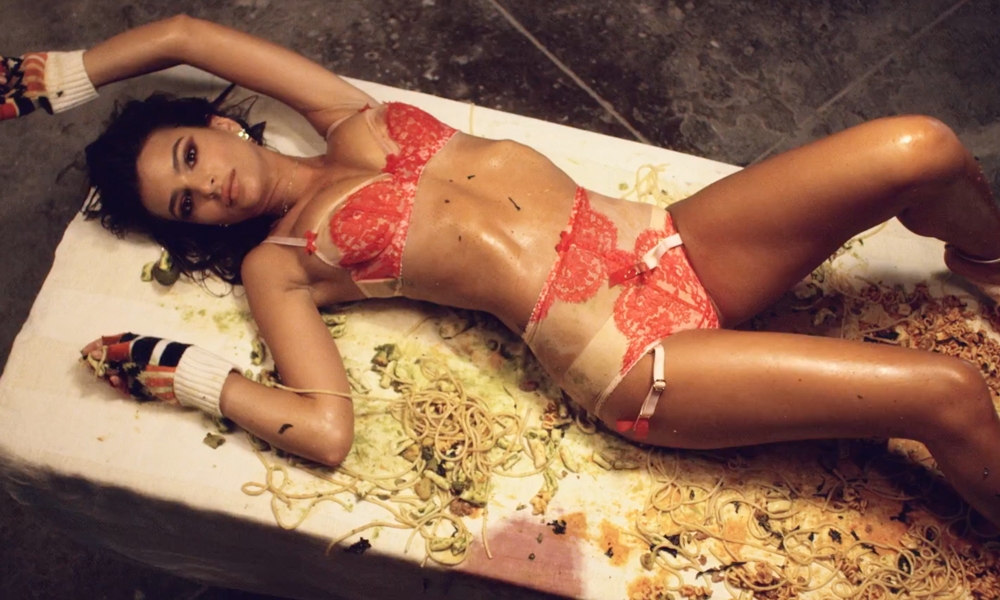 Love Magazine have dropped their 2017 Advent Series starting on Dec 1st. Day Three of the series features model and actress Emily Ratajkowski (Emrata) spicing things up in a unexpected, yet, weirdly hot way.

Emrata offers her own 2017 twist of “Stay Strong” theme sees her sporting a lingerie which a scarf and gloves from Burberry, covering herself in spaghetti and olive oil. Directed by Phil Poynter, the video was inspired by Ratajowski’s workout routine or lack of one as she states that eating pasta and drinking wine is her kind of exercise.

Take a look at the video below and check out Love Magazine’s 2017 Advent Series here which features the likes of Kendall Jenner & Bella Hadid.

WHATS THIS? A 3D CHOCOLATE PRINTER!!