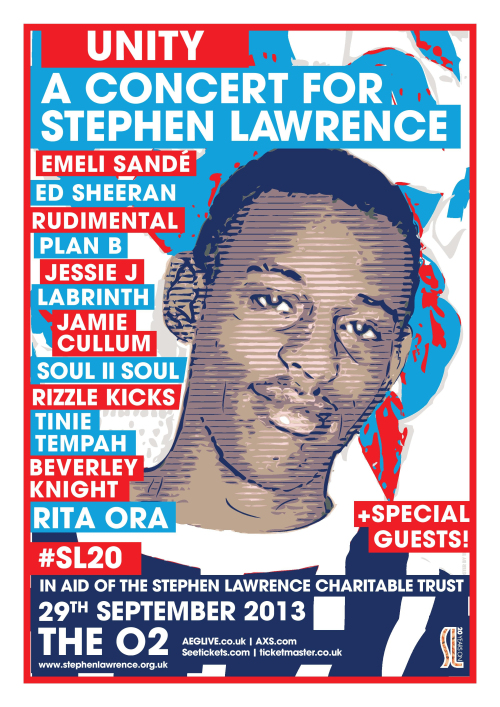 “I would like Stephen to be remembered as a young man who had a future. He was well loved, and had he been given the chance to survive maybe he would have been the one to bridge the gap between black and white because he didn’t distinguish between black or white. He saw people as people.” ~ Doreen Lawrence

20 years after the tragic murder of ‘Stephen Lawrence’ some of the biggest names from the U.K music scene are coming together for a special concert championing youth and social empowerment. The concert will raise money for ‘The Stephen Lawrence Charitable Trust’, which helps young people from disadvantaged backgrounds strive for a better future. The Concert will take place on 29th September 2013 at London’s  O2 Arena

Unity – A Concert for Stephen Lawrence is supported by Mayor of London Boris Johnson as well as Lewisham and Greenwich Council.

Tickets will be available to buy at 9am on Friday 21 June here: bit.ly/SL20tickets