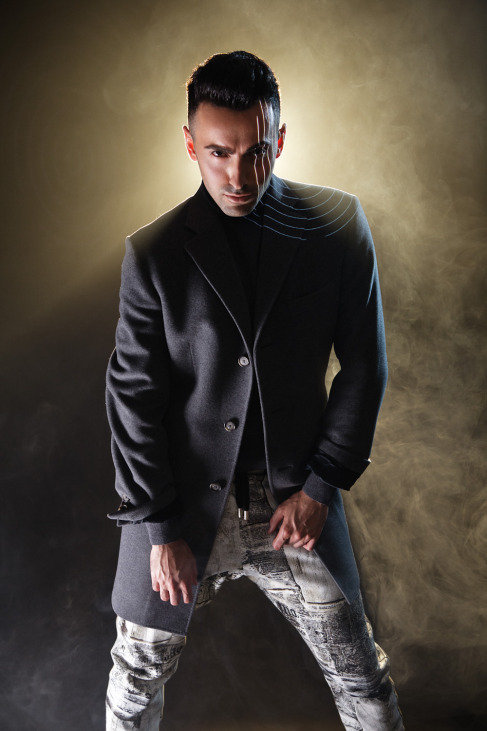 We are constantly out and about searching for unsigned talent that we think people should know more about, whilst at Streetfest 2013 we came across Raff:

Almost born behind a fish n chip shop counter, a future of “salt n sauce” never quite inspired this kid. Instead he got himself a degree in business. On the surface he still tried to please his Italian family. But underneath it all there lay an overwhelming desire to sing.

Seduced by the world of soul music that he discovered on a free mixtape, he got with his new green denim jeans, he home-schooled himself  by singing along to Aretha  Franklin and Stevie Wonder in his bedroom. But being painfully shy, it wasn’t until he landed a part time job as a singing waiter that Raff found the courage to scratch this itch.

Since then, he hasn’t looked back, garnering rave reviews in National press and radio, playing podcast features across the globe, from Aberdeen to Dubai, London to NYC and even having a radio hit in Brazil. He also features on the Play Station 2 global smash series Grand Theft Auto. Having supported and performed alongside acts such as Lily Allen, Plan B, Ed Sheeran, Emeli Sandé, Carleen Anderson and Marlena Shaw, and performed in places including London’s Ronnie Scott’s Jazz Cafe,  NYC’s Norwood House & The Bitter End, this hardworking artist is a force to be reckoned with.

Lately Raff has been going full-steam ahead, working on a new EP as well as working on and releasing House tracks with producers from all over the World – Norway, Belgium, Budapest, Germany, Miami, New York, Sweden and London. He’s showing no signs of slowing down, so either get out of his way, or jump on board and enjoy the ride!

To find out more about Raff and listen to his newest release ‘FEEL MY FIRE’ go to: http://www.raffmusic.co.uk

Do you know somebody that has raw talent? Let us know.

Be the first to comment on "UK SINGER – RAFF"