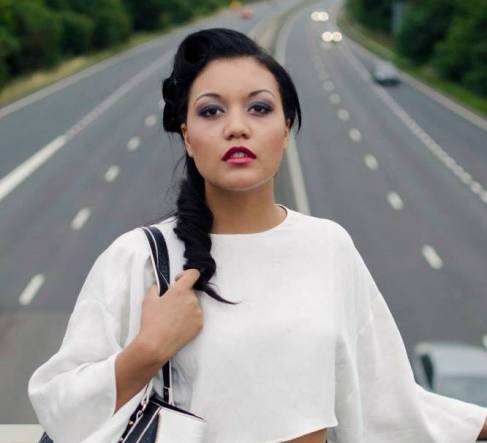 Liverpudlian singer Roxanne Jones is an R&B singer with a story to tell, her debut Single ‘Living A lie’ has a soulful feel and a great video, telling the story of a failed relationship and a lesson learned all in one song. We caught up with Roxanne to discuss her sinlge, upcoming album and learn a bit about the girl behind the amazing melodic voice.

Tell us about “Living a lie”

Roxanne: “Living a lie”  is an emotional song, I do find it hard sometimes to sing it even though I am over that stage. It’s a description of being stuck in a relationship with someone that treats you so bad that it’s kind of over before you have both said “look is over “. You just know by the way you look at each other, just the way it is that its over. ‘Living a lie’ is a song with a story.

It’s a great visual, what other visuals are you preparing for your album?

We will be doing one for ‘I’m a woman’ and the rest are going to be announced on my Social networks over the coming weeks.

Growing up, How did you get into Music?

When I was 18 I auditioned for talent shows and whilst performing I was spotted by a producer, it just went from there really, I ended up signing to Roller Productions which is his label and then this year signed to RGS Management.

In Uk R&B Music there tends to be a lot of deep songs about loss and pain, where’s the fun and happy stuff, like the first kiss, the first text, seeing someone you like, the love? Do you focus on ur bad experiences or mix it up?

I’ve got a song called ‘Kiss me like you’ve never been loved’ which is about meeting someone for the first time, then I have a song called “ Eyes wide open”  on the album which is about being more open and mature to the industry then I was when I came in and ‘I’m a woman’, which is a ballad which is very upbeat and tribal in a way. I always want to have a good balance of music on my albums , so I’ll put my life in the music, both the happiness and the sadness.

In terms of right now in the UK music industry, who do you think is at a position where you aim to be?

Leona Lewis is outstanding, I respect her so much because she’s proved that you can come out with an outstanding voice and not have to be pushed into this box that many woman are pushed into when they enter the industry, to look sexy and look really seductive, she has come out looking stunning.

Yeah thanks for coming to chat with me, “Living a lie” is out in December.  If you want to know what I will be doing and when my music comes out follow me on Twitter @RoxyLJ

Mayhem NODB Gives Us a Movie with New Visuals for ‘Impatient’

Be the first to comment on "ROXANNE L. JONES – LIVING A LIE"