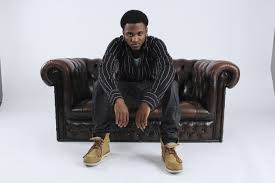 Nigeria has been exporting musical talent at an impressive rate in recent years and London based Skremz is adding to this new trend. Signed to QH Music, Skremz has been drawing influences from a wide range of musical greats including Michael Jackson, Eminem and Jay Z, who Skremz’ wants to emulate in his career and his personal life, who wouldn’t want Beyoncé as a wife?

‘Palm Tree’s, Skremz’ debut single may have been the result of a dark period in the rapper’s life but the title was inspired by the holidays that moved Skremz to change his life.

“The title ‘Palm Trees’ was adopted from the summer of 2013 when I was looking at holidays, mansions, other countries way of living etc… Palm Trees were always present in the pictures I saw. I heard the beat and subconsciously thought of Palm Trees, which gave me my structure.” – Skremz

Check out the visuals to the single above and if you want to know more about Skremz’ story follow him on Twitter at @Skremz.