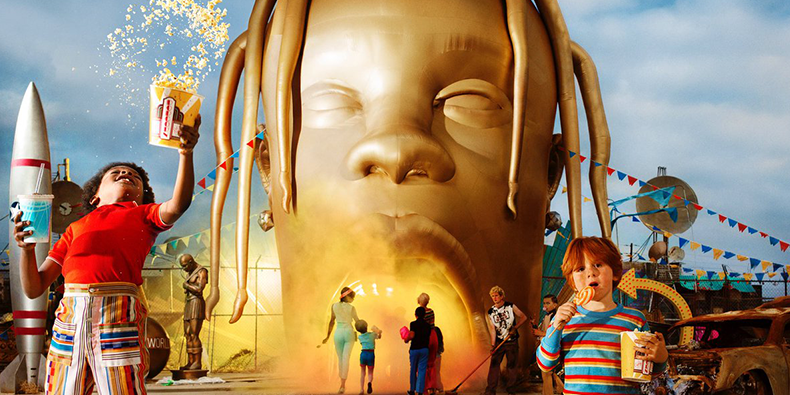 After months of speculation and a massive golden replica of his head popping up outside the Bape Store, Travis Scott has finally dropped ‘Astroworld’ and we’ve lost our shit.

Featuring 17 tracks with the likes of Frank Ocean on “Carousel”, Drake on “Sicko Mode”, Migos’ Quavo and Takeoff appear on “Who? What!.” Pharrell Williams is credited on “Skeletons”—a song produced by Tame Impala. The Weeknd is on “Wake Up,” James Blake is credited on “Stop Trying to Be God,” John Mayer and Thundercat are on “Astrothunder,” Swae Lee is credited on “R.I.P. Screw,” 21 Savage is credited on “NC-17,” and Juice WRLD and Sheck Wes are credited on “No Bystanders.”

AJ Tracey Links Up With Smoke Dawg for “No Discussion”