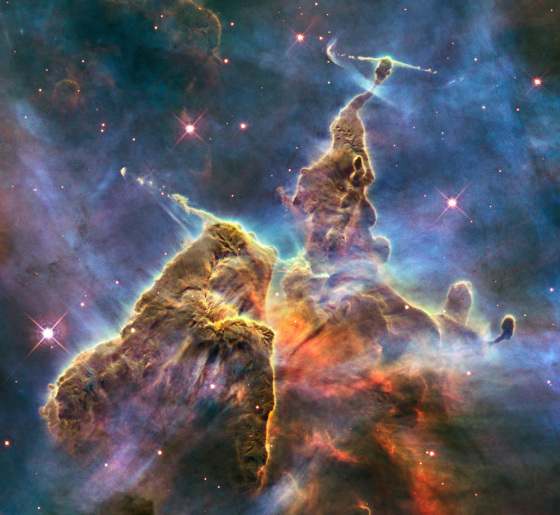 “Out of the ordinary…out of this world.”

Thousands of satellites all seamlessly rotate around us, sending and receiving signals, data, images and who knows what from Earth, to space, back again and beyond, but they are all trapped behind a “dirty window”- the Earth’s atmosphere.

The Hubble Space Telescope circulates a few hundred miles above this in an unspoiled, intergalactic wilderness and is one of the most magnificent and significant, technological advancements of our time. As big as a bus and twice as heavy as an elephant, the HST can lock on and photograph particular areas of space with microsurgical precision whilst still hurtling around Earths orbit at ten times the speed of a rifle bullet. Able to detect the faintest smudges of light in the remotest depths of the universe it has been in our solar system since 1990 and kept astronomers, scientists and us mere mortals in awe ever since with its hauntingly beautiful images. As it peers deep into space spying on the stars and distant galaxies, we think you’ll agree whether you have an interest in the world beyond or not these pictures are truly heavenly.

Let us know what you think!

All of these images have been taken by the Hubble Space Telescope and credited to NASA.

Be the first to comment on "To Infinity and Beyond!"