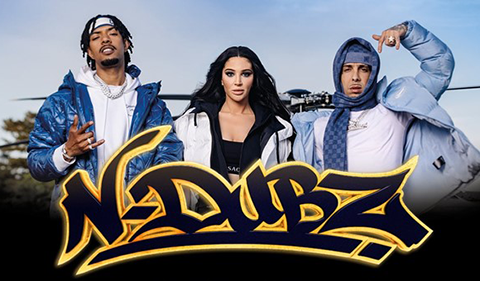 The return of N-Dubz only continues to get bigger. After the announcement of a special outdoor show at London’s Gunnersbury Park – following their momentous sold out tour and four-night run at The O2 – it has been revealed that North London superstar rapper Tion Wayne and viral drum-and-bass breakout Venbee are joining the bill on Friday 11 August 2023. This will be N-Dubz’ only hometown show next year and with such heavyweight names jumping onboard, it’s set to be the unmissable party of the summer.

Few artists have managed to build the enduring legacy that Tion Wayne has. After a decade since his first YouTube upload, his reach and influence on British rap exponentially permeated almost every aspect of UK music culture in the space of a few short years. His legacy thus far points to an artist that is not just a titan of his scene, but a figurehead that has transcended to dominate mainstream spaces. With glossy rap anthems like ‘Let’s Go’, ‘Who Else’, the viral hit ‘Body’, ‘Wow’ and his La Roux-sampling track, ‘IFTK’,  Tion Wayne has no shortage of tracks to get the crowd moving at Gunnersbury Park.

Emerging star Venbee’s breakout moment is happening in real time. The 21-year-old singer is at the forefront of the new wave of liquid drum-and-bass, which has exploded off of social media and onto the airwaves. The precocious artist is already set to become the one to watch in 2023 after her thrilling, cathartic second single ‘Messy In Heaven’ climbed to its current position #5 in the UK single charts, following her first viral lo-fi streaming smash ‘Low Down’. In her nascent career, Venbee’s success feels palpable having signed to Columbia, hit the road with Piri and Tommy and festival stages with Disclosure. Her musical sensibilities and honest lyrics are at play, but her genuine character has seen her connect with fans and critics alike.

“I’m so gassed to be playing on the same stage as my childhood idols. Can’t wait for the show.”

This year, N-Dubz fans were treated to news of the band’s hotly anticipated comeback. Dappy, Fazer and Tulisa quickly went on to drop a brand new track ‘Charmer’, along with a string of live arena tour dates which rapidly sold out due to overwhelming demand. The London trio rose to stardom in the noughties with hits including Number 1, ‘Ouch’ and ‘Papa Can You Hear Me’. Following their split and having pursued successful solo avenues, they’re back together to the delight of their many loyal fans and Gunnersbury Park will be an amazing homecoming London show for beloved group. 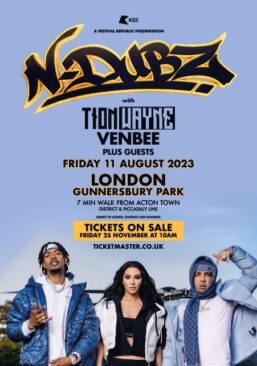 KANYE WEST RANTS AND RAVES AT THE HAMMERSMITH APOLLO

UNITY – A CONCERT FOR STEPHEN LAWRENCE