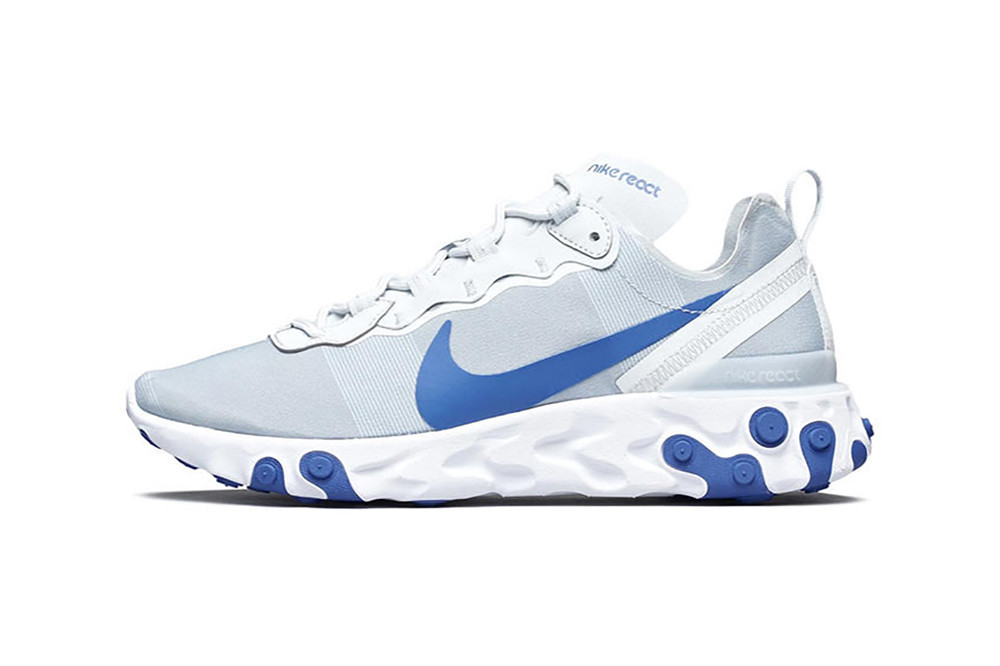 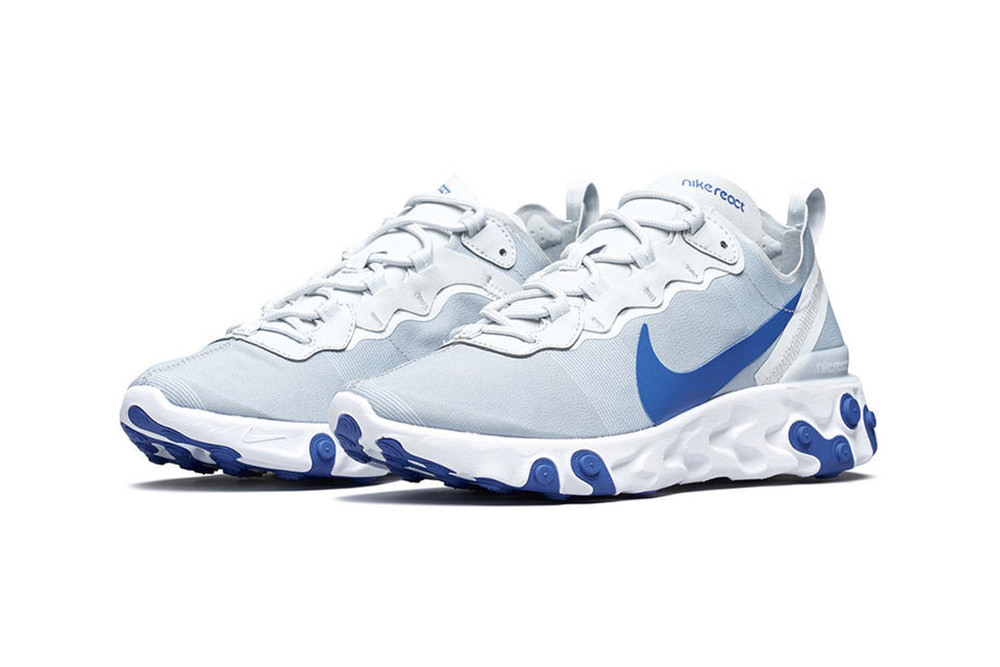 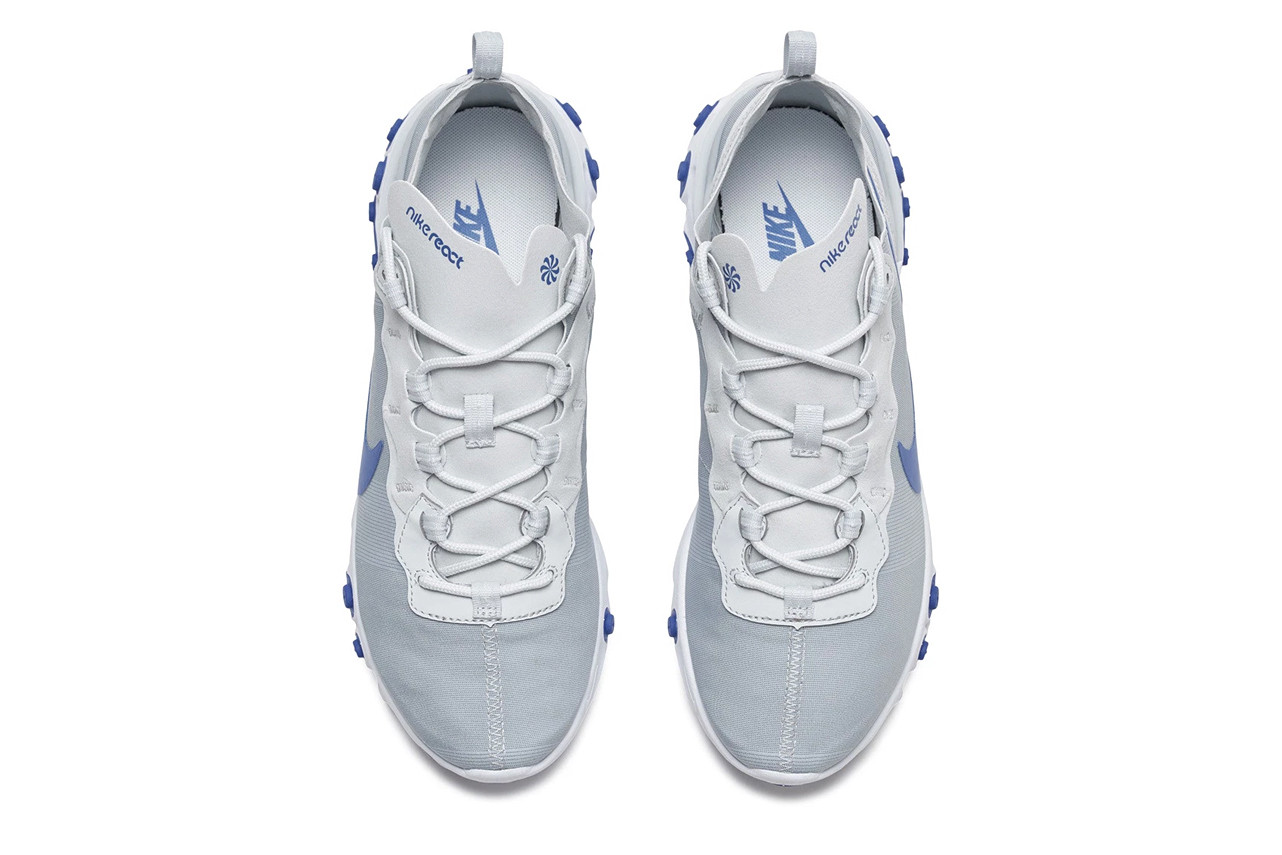 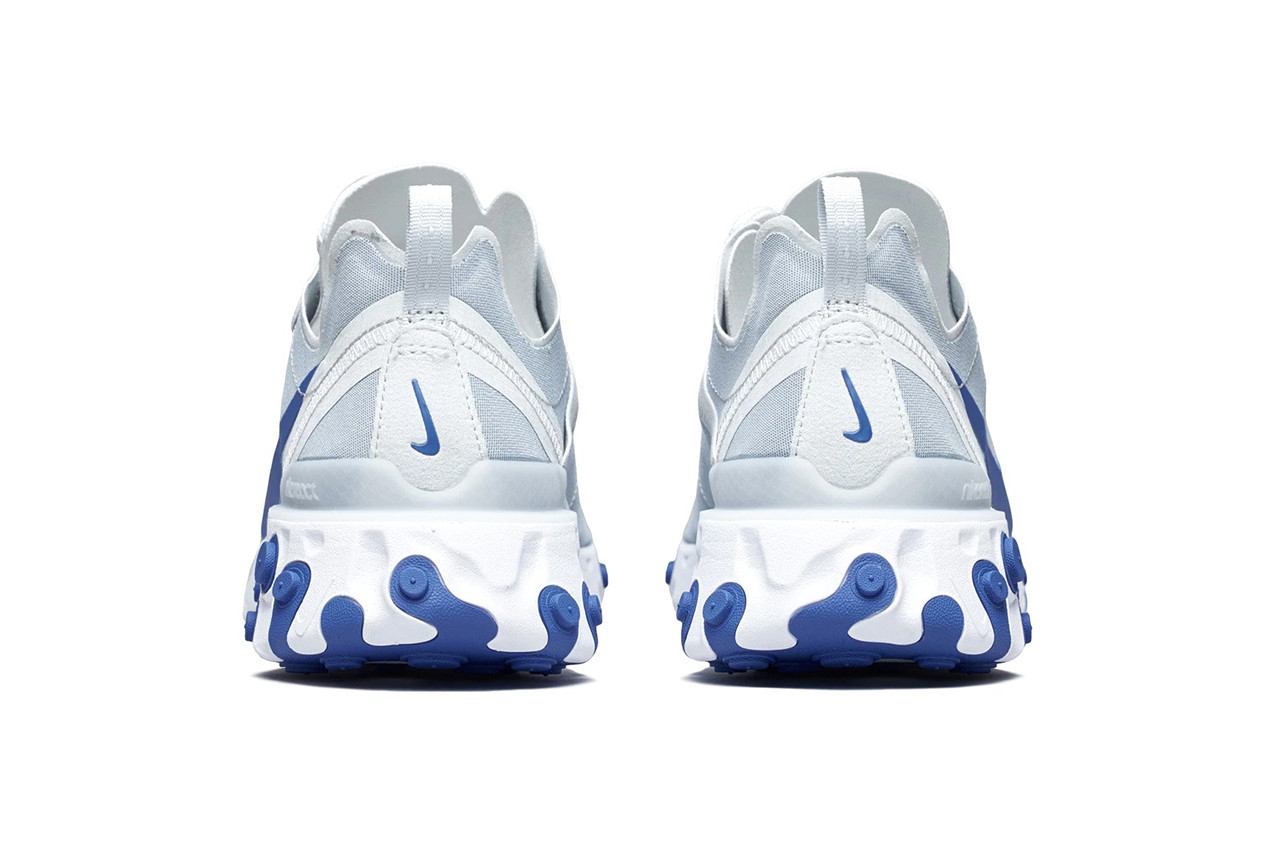 The Nike React Element is Nikes Newest Silhouette to get a general release run following on from the Nike Air Max 98. The more accessible version of the React Element 87 receives a ‘Racer Blue’ colourway, with a soft mesh upper in “Pure Platinum accompanied by the “Racer Blue” detailing on the large Swoosh, as well as the tongue branding and signature React midsole accents.

The “Race Blue” React Element 55 will release in Asia on September 20 before getting a worldwide release later this year.