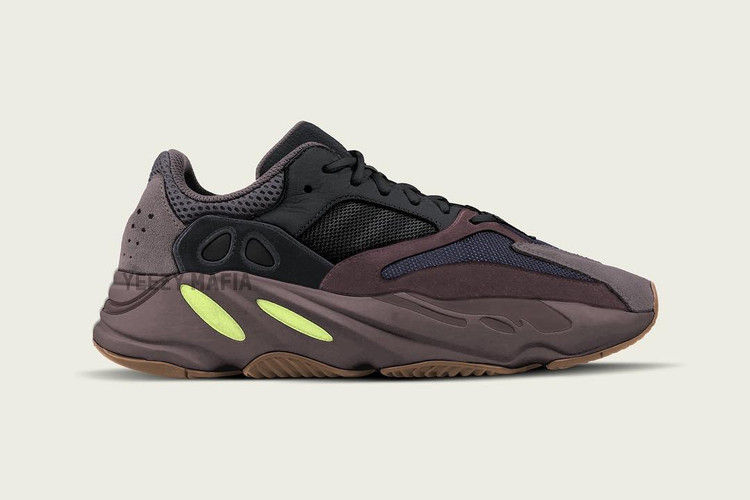 It’s only been two weeks since the OG Wave Runner restocked across the world, but it looks like the mauve Yeezy 700 is also releasing soon. This more muted version of the 700 has a base colour of mauve which is complimented by neon yellow and hits of black.

Well known release info leaker Yeezy Mafia claims that the mauve Yeezy 700 will be releasing on Saturday the 27th of October on Yeezy Supply and “select retailers”. It is unclear what Yeezy Mafia mean by select retailers, so it will be interesting to see if this release will follow the first wave runner dropor the more recent second. Expect these shoes to sell out quickly either way, and be sure to keep it locked to Trapped Magazine.