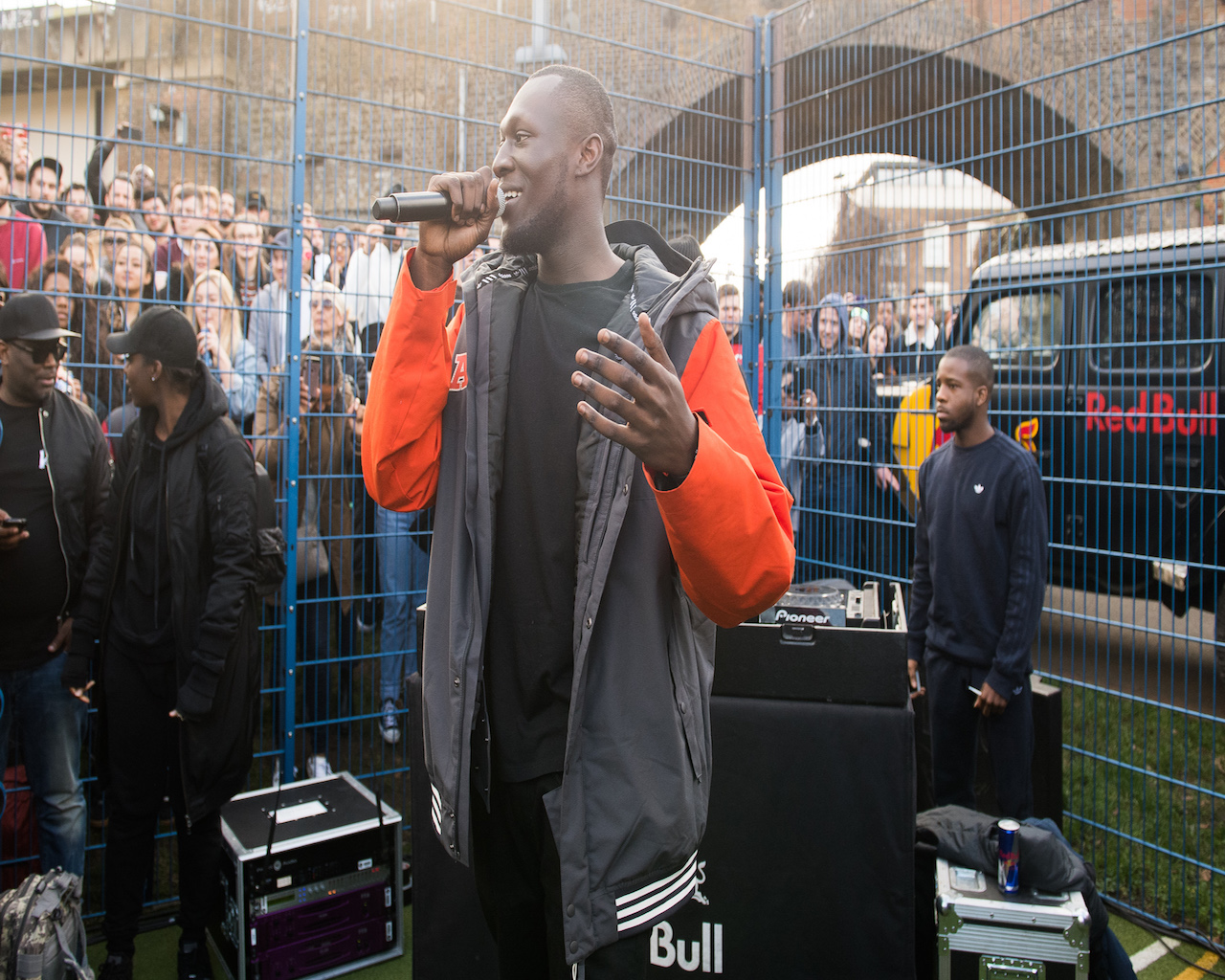 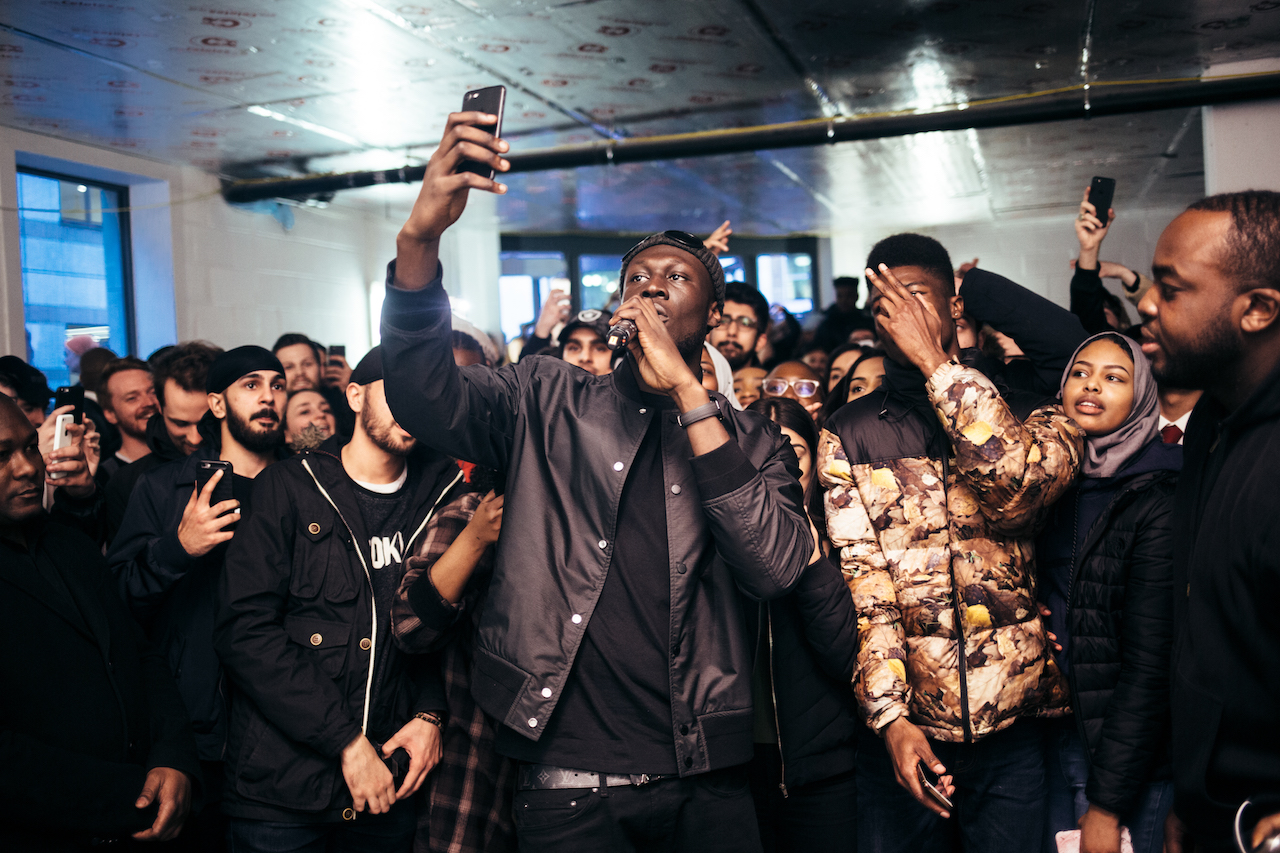 The wicked skengman is back.

To celebrate the release of the anticipated Gang Signs and Prayer (GSAP) album Stormzy x Red Bull Studios teamed up for for three impromptu live gigs across London on Friday. Stormzy announced the three live shows one by one throughout the day on his social media sites and through Red Bull’s social media channels , the first show took place at lunchtime in Camden, second show in Piccadilly & the third and final leg of show, the hometown of Stormzy, Box Park Croydon in front of 2000 fans. Fans were treated to a numerous restarts (word to the Evening Standard) of the new tracks on the album such as “Cold”, “Scary” & “Big for your boots”.

Stormzy has already taken 2017 by storm, we can’t wait to see what else Stormzy has up his sleeve. Take a look at the pictures of the shows, lets us know about your experience if you were lucky enough to get down to the venue’s.

Thank you to Red Bull for the invite!

For live action of the night see here: