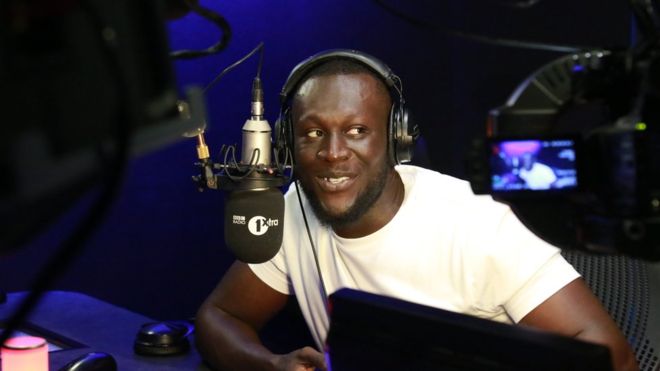 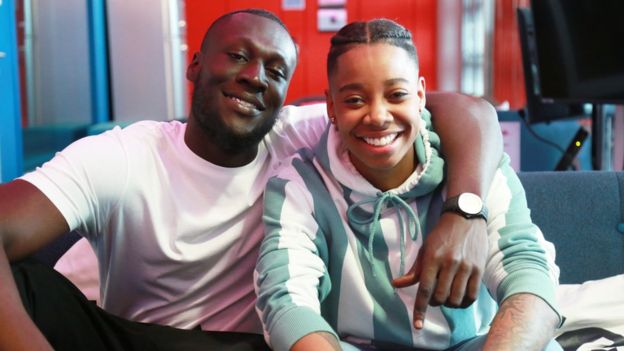 Stormzy will be headlining the Pyramid Stage at Glastonbury on the Friday night this year – but some fans have questioned whether, after just one album, he’s ready.

“I’m there because I’m a serious musician,” he told Dotty on the BBC Radio 1Xtra Breakfast Show.

As well as showing off his new track – Vossi Bop – he revealed that a new album is on the way too.

“There were so many doubters being like, ‘Oh he hasn’t got no number one song’ or, ‘Oh he’s got one album out, he’s not ready’,” he said.

“It’s about showing everyone again,” he explained. “I think that’s what music is.

He didn’t give a release date for the new album, but did have a message for anyone who might underestimate it.

“I’ve never come here to play games. As a musician, I take that so seriously.

“As a man I’m very light-hearted. I love a joke and all that, but when it comes to music I say bruv I’ve never ever, ever played around – ever.

“This time around I’m more hell bent than ever in setting that tone in terms of… I’m there because I am a serious musician.

“I’m kind of done talking. There’s a build-up and this time round I’m ready… I got the album and we are going to show the world… exactly why I managed to get here in my career.”

Listen to BBC Radio 1Xtra Breakfast Show with Dotty weekdays from 6-10am.