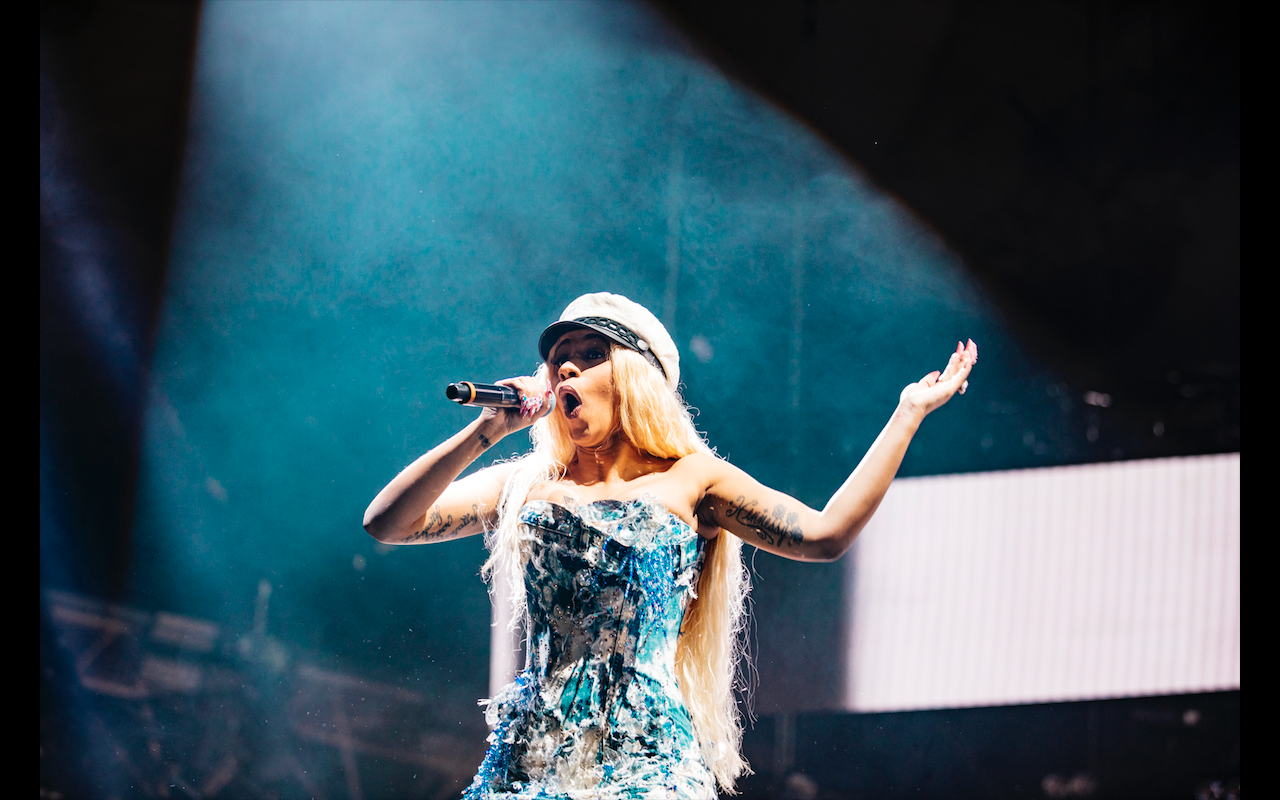 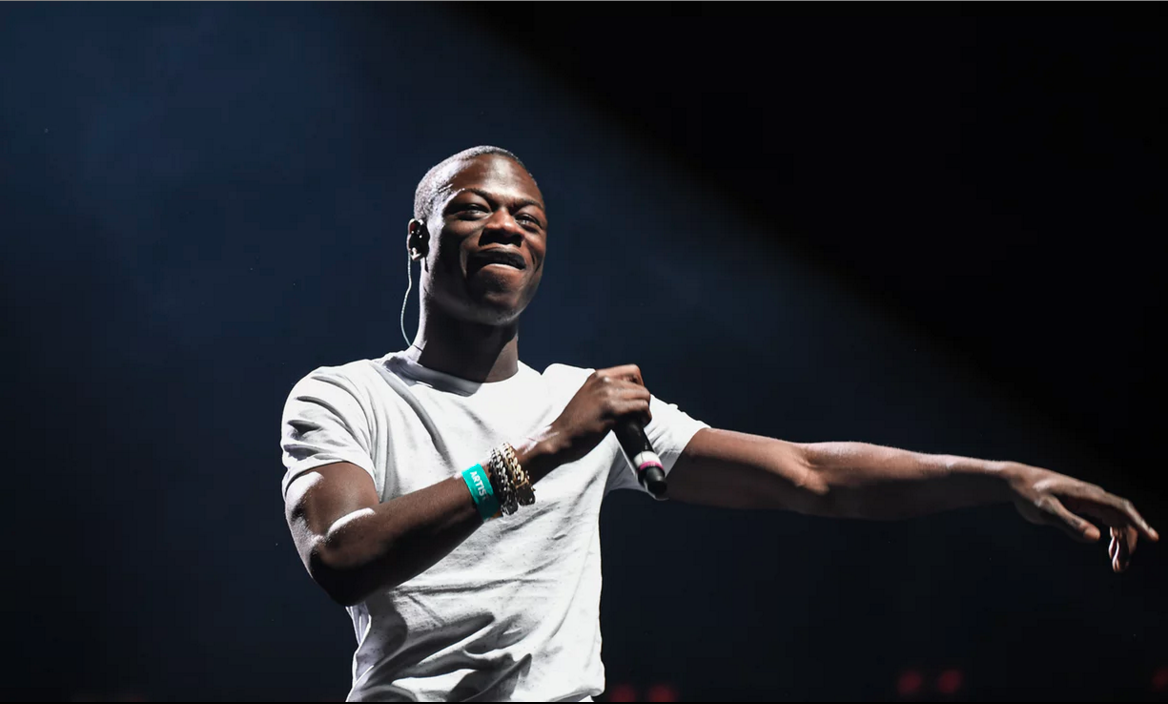 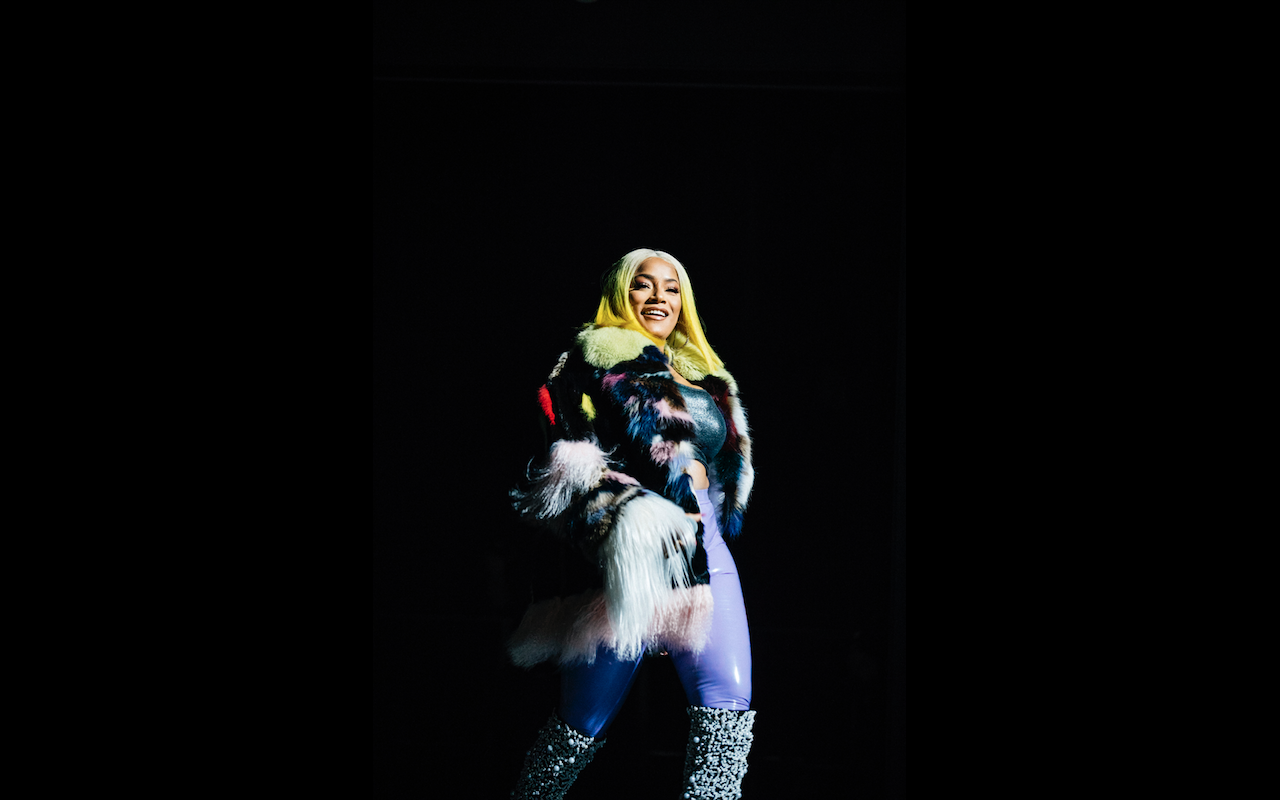 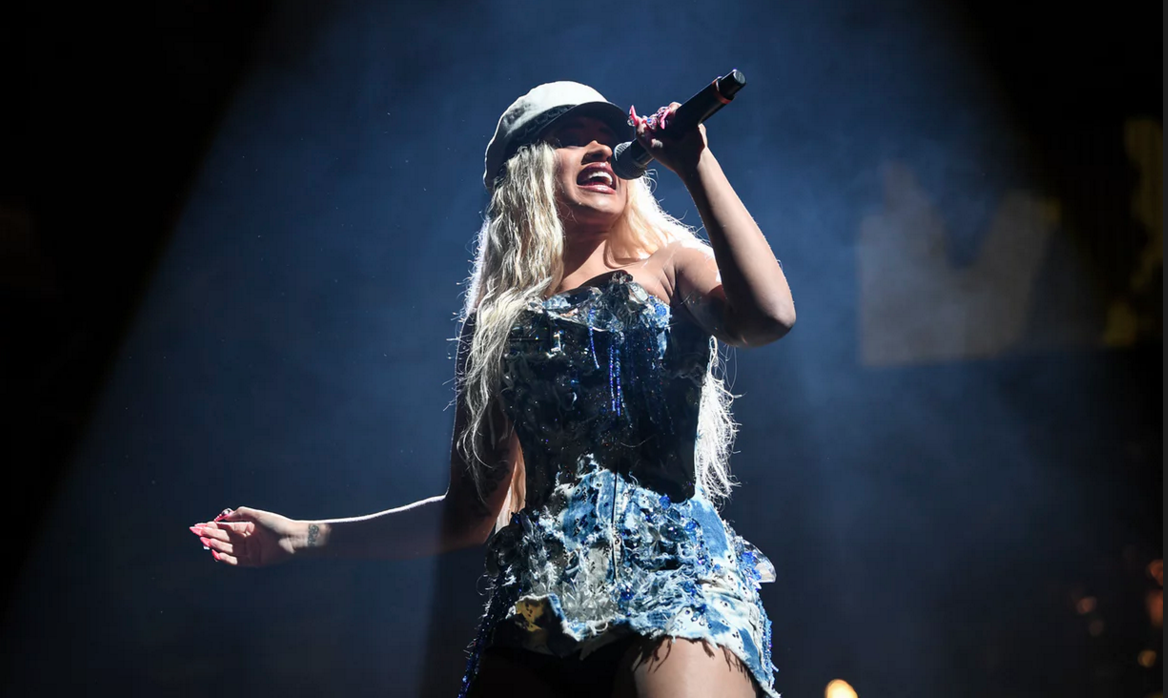 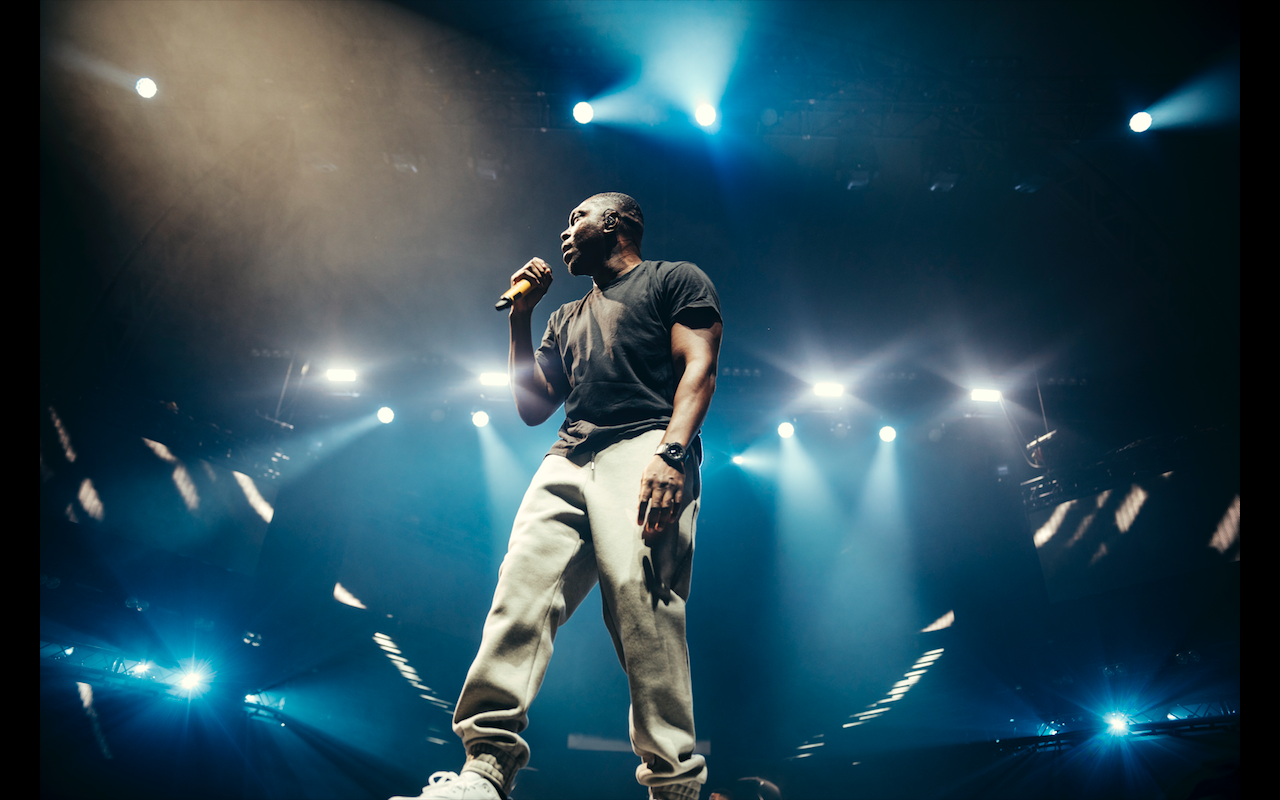 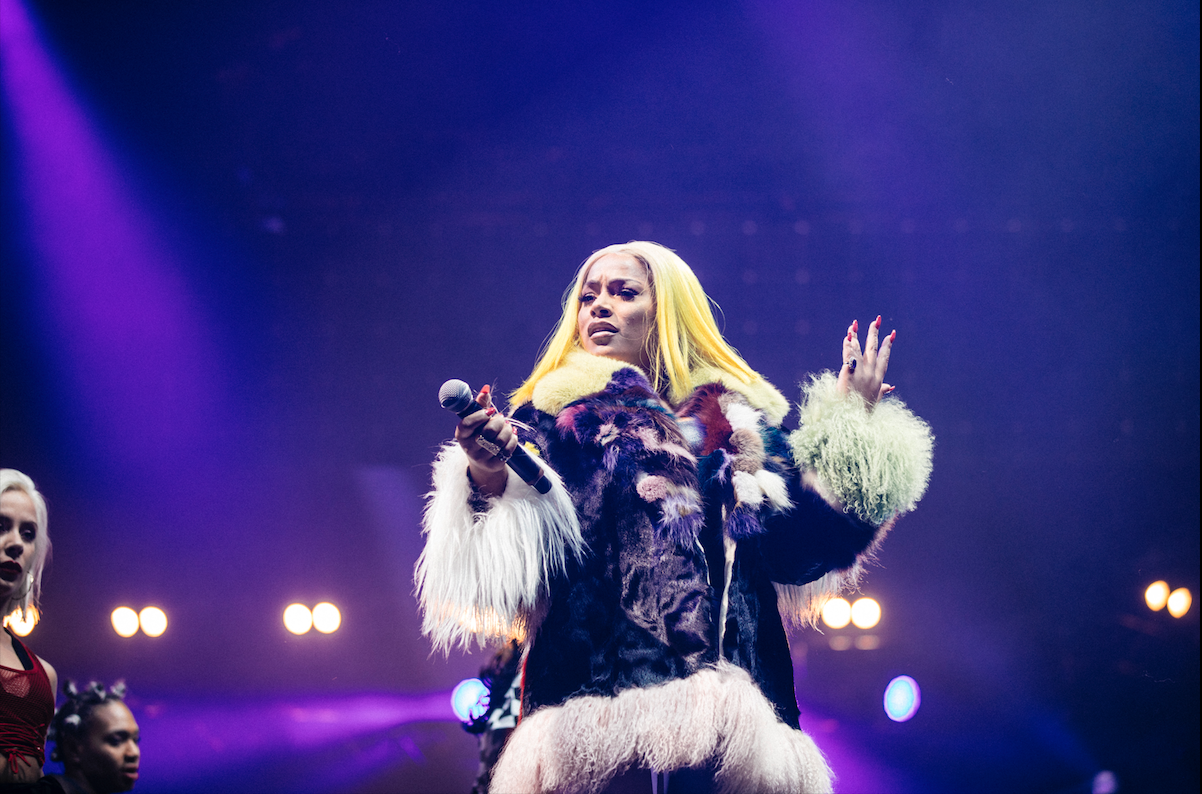 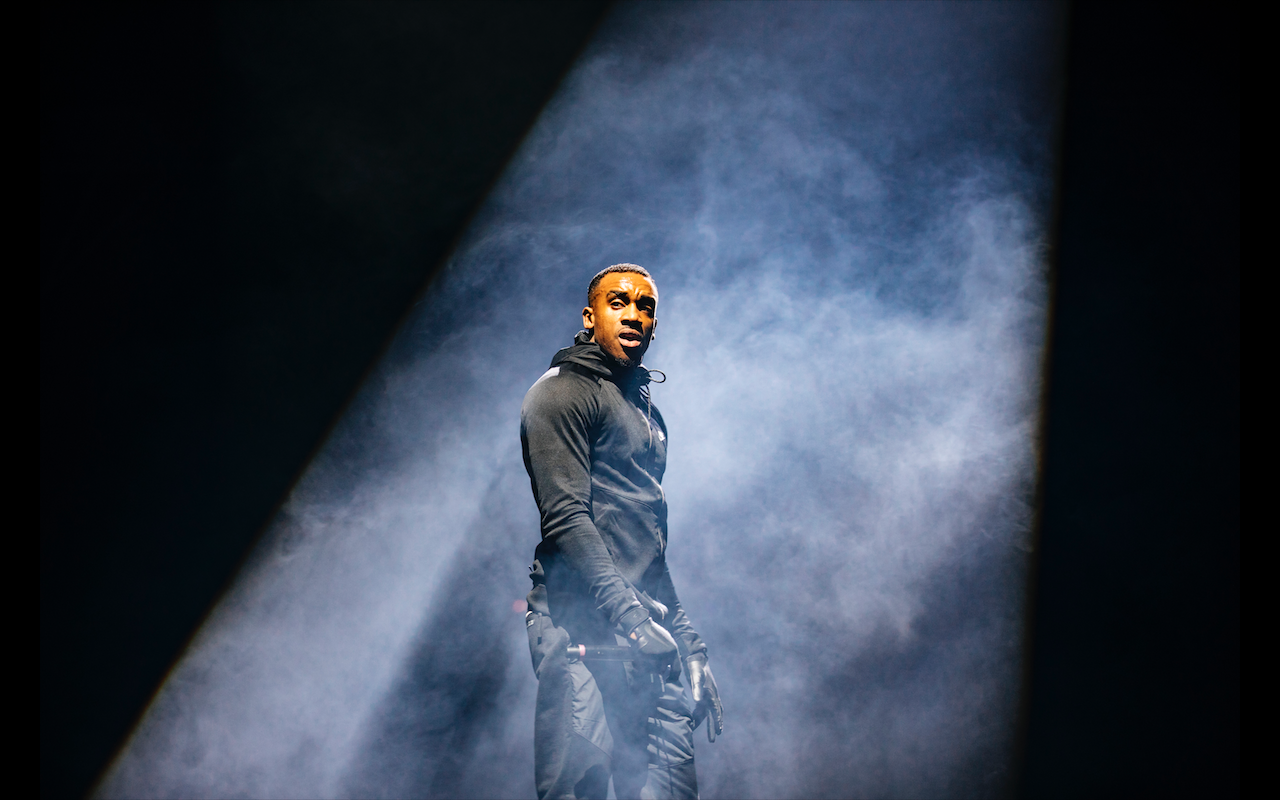 Spotify held their first ever UK live music event entitled ‘Who We Be’ on Dec 1st which took place in front of 10,000 fans at the famous Alexandra Palace. The event featured an impressive star studded line up featuring both US & UK stars such as Cardi B, J Hus, Giggs, Bugzy Malone, Stefflon Don & Dizzee Rascal.

Despite the freezing weather & rain, it didn’t stop fans queuing early and coming out on a weekday to see their favourite artists blow the roof off such an iconic venue.

When we first arrived, Hardy Caprio was on stage gracing the audience with some of his bangers such as ‘Unsigned’ & ‘Super Soaker’. It was good to see Hardy being able to perform at the event, even if it was brief until Stefflon Don ran up on stage, fresh from winning ‘Best Female Act’ at the MOBO’s the night before. Steff definately had a diffrent vibe and aura about her this evening. She absolutely shelled down the show with tracks like ‘Ding-A-Ling’ ‘Real Ting’ followed by the fans favourite ‘Hurtin’ Me’ Featuring French Montana, accompanied by none other than her girl squad & dancers.

After Steffy’s performance, Bugzy Malone came onto the stage and performed three bangers, ‘Through The Night’ remix, ‘MAD’ & ‘Memory Lane’ bringing out Tom Grennan. Bugzy has gone from strength to strength this past year, getting a prime time performance spot at the Spotify event has solidified a successful 2017 for Mr 0161.

J Hus, Bouff Daddy, graced the stage along with his management/ hype men performing tracks such as ‘Did You See’ ‘Bouff Daddy’ ‘Plottin’ ‘Spirit’ & ‘Lean & Bop’ Hus had a mad 24 hours, winning a MOBO the night before. Its refreshing to see Hus being able to perform in London after prevopusly not being booked due to fear of anti social behaviour. Hus was our favourite perormance of the night, and gets even better the more we see him.

Say Lil B*tchhhhh, yeah you know, it was time, lights out, then out of no-where Cardi B appeared on the stage and quickly went into her number one hit, ‘Bodak Yellow’ followed by ‘Motorsport’ featuring Nicki Minaj & Offset & ‘Washpoppin’. The crowd was litty, spitting bar for bar. Cardi was also too litty, dropping a few dance moves and showing the world who the twerk queen really is.

The DJ was spinning a couple of mixes as we were waiting for the next performance, little did we know there was going to be a surprise performance from Big Shaq who lifted the roof off Ally Pally, he walked onto the stage, waited for his jacket to be lowered from the roof and then dropped ‘Mans Not Hot’ along with 10,000 voices rapping word for word. This was truly amazing. It’s been a massive few months for Micheal Dapaah, mans definitely hot right now.

You know the night was never going to be the same until the Landlord came to collect his rent. The man  himself, Giggs quickly followed after Big Shaq dropping popping tracks such as ‘Gully Niggaz’ ‘Ultimate Gangsta’ ‘Linguo’ ‘Active’ bringing out Sneakbo & last but not least, ‘KMT’ Ft. Drake which, as you may kn0w already, absolutely bangs left,right, centre. As per usual, The Landlord’s performance was nothing short of legendary.

After a short pause in the performances, Dizzee Rascal came onto the stage and closed off the night with bangers such as ‘Fix Up Look Sharp’ ‘Space’ ‘Bonkers’ ‘Baseline Junkie’ & ‘Hype’. This is the first time Dizzee has performed since his ‘Boy In Da Corner’ live concert earlier this year.

Austin Daboh, Senior Editor at Spotify, said after the show: “Spotify is very proud of our work in supporting and nurturing new and exciting urban talent. Bringing this amazing line up of artists together for Who We Be Live has been an opportunity to celebrate the best of rap and grime talent all under one roof. Massive thanks to all of the incredible performers, and to the ten thousand fans who blew the roof off Ally Pally tonight!”

A big thank you to W Communications & Spotify for hooking us up with press for the event!

Take a look at the pictures below (Photo Credit : Ashley Verse) & enjoy the ‘Who We Be’ playlist below.

slowthai Drops Off Visuals For New Track “Nothing Great About Britain”