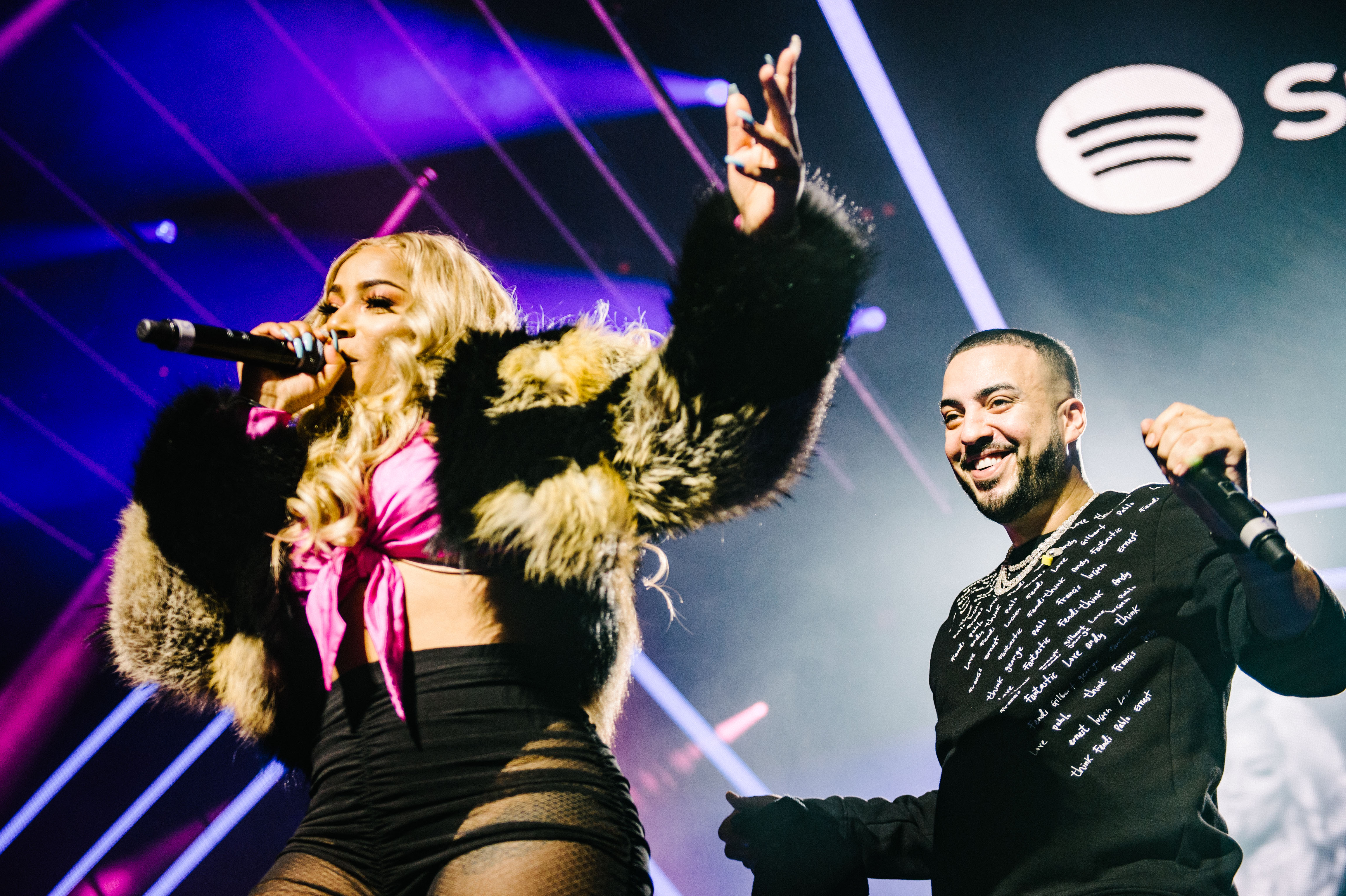 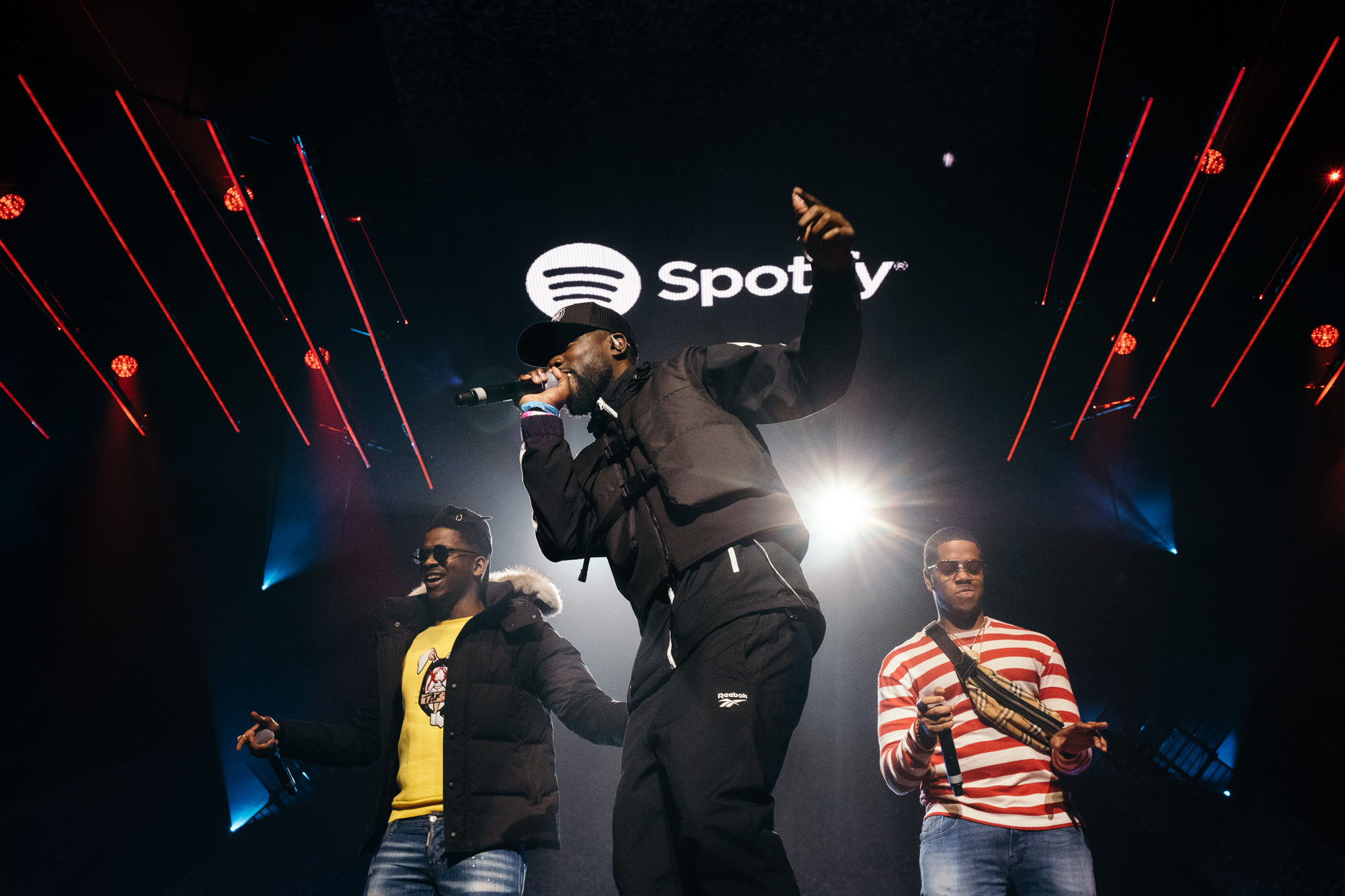 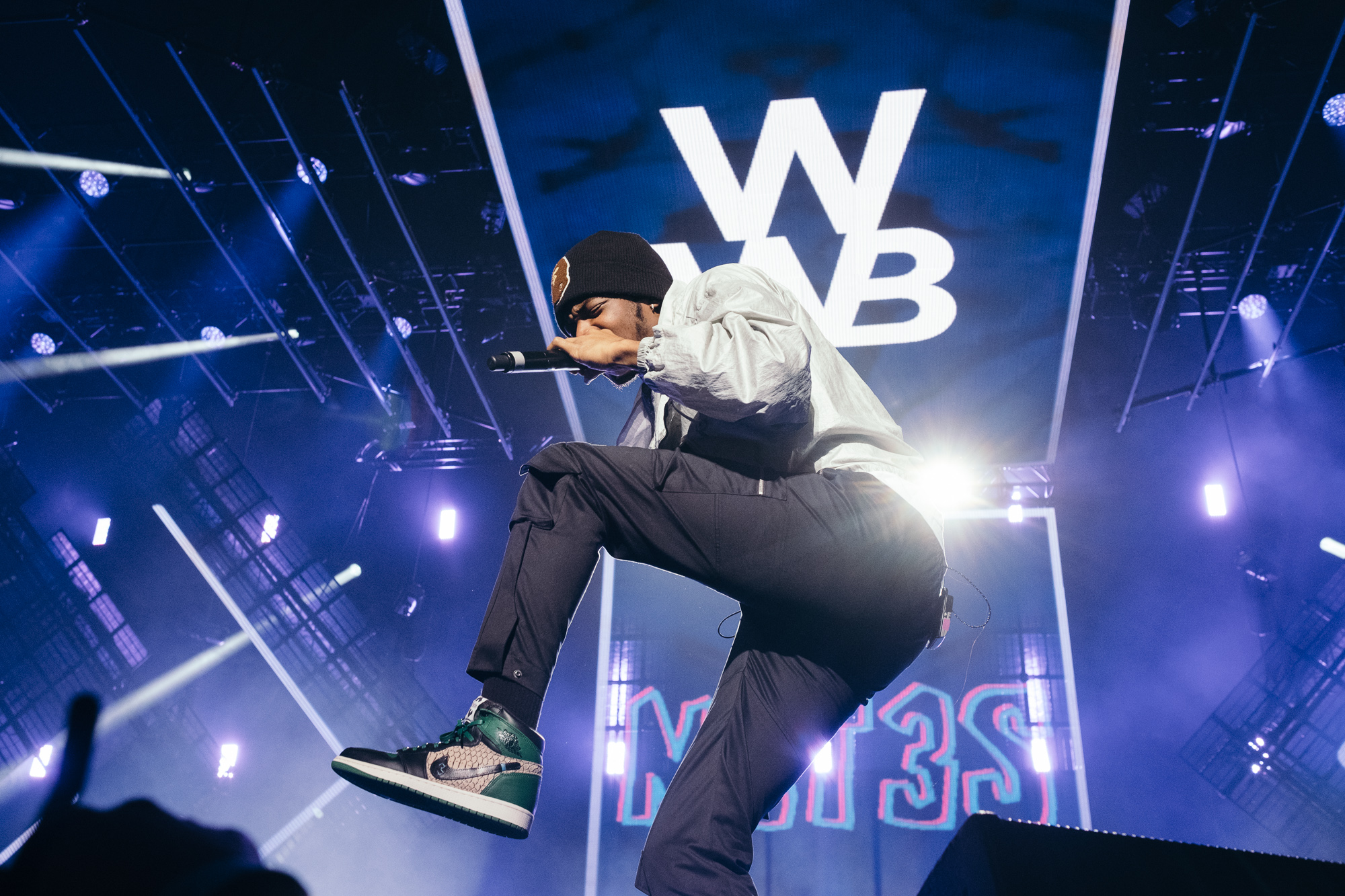 Spotify hosted another successful ‘Who We Be’ Event on the 28th Nov at Ally Pally & brought some of the hottest names in hip-hop, grime and R&B under one roof, for an unmissable epic night! The night saw French Montana, Craig David, NSG, Lethal Bizzle, Raye, and Ghetts.

NSG opened up on the night performing their hit ‘6:30’ & ‘Pushing up’ followed by the king Ghetts who performed a few tunes from his ‘Ghetto Gospel: The New Testament’ album accompanied by Ambush and Chip. Raye also had the crowd singing at the top of their lungs with hits such as ‘Decline’ and ‘Cigarette’, brining her true South London heritage to the performance. She also had us going mad when Unknown T popped out as her surprise act. At this point, we knew something special was coming tonight!

Our doubts were confirmed when Grime legend Lethal Bizzle came out performing his hits such as ‘Pow’, ‘Rari Workout’, ‘Fester Skank’ and then, taking the energy to another level with not one, but two surprise acts, BBK’s JME and Tempa T. 10,000 people went from wall to wall, the energy is unreal, we cannot describe.

Now it was time for the acts that was on everyone’s lips, Canadian native, Tory Lanez serenaded the crowd with ‘LUV’ and ‘Litty’, before he crowd surfed through 10,000 eager fans who literally couldn’t wait to get their hands on him! Craig David soon followed with his hits ‘Seven Days’, ‘Fill Me In’ and ‘Show Me Love’ which had us reminiscing the good old days!

French Montana closed the show with some help from Stefflon Don and UK rappers Krept & Konan, who ended with ‘No Stylist’

Spotify have elevated to another level since the their first event last November and have given events a new lease of life. If you missed this one, don’t worry. Spotify ‘Who We Be’ will be back again, bigger and better than ever before.

Austin Daboh, Head of Shows and Editorial for Spotify UK said: “Spotify’s third ever live UK show has once again showcased what Spotify and Who We Be are all about. We’ve now sold over 23,000 tickets to Who We Be Live shows in London and Birmingham over the last 12 months, proving without doubt the UK’s love and support for the future of hip-hop, grime and R&B. We are very proud to support new and exciting urban talent, and want to say a huge thank you to all of the incredible performers and to the ten thousand fans who blew the roof off Ally Pally tonight!” 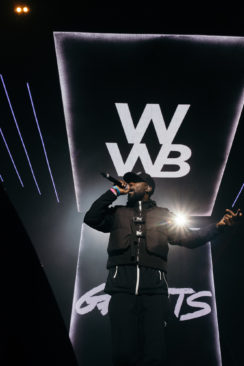 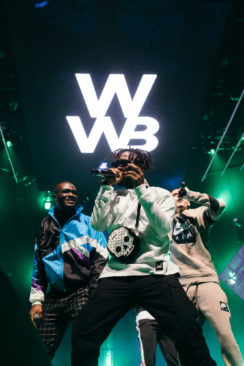 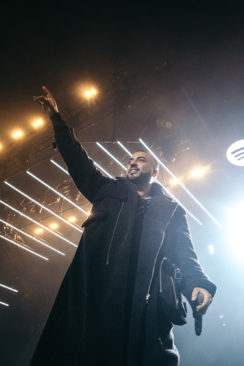 Who We Be TALKS_ episode | ‘Rated Legend’- Blaine ‘Cadet’ Johnson