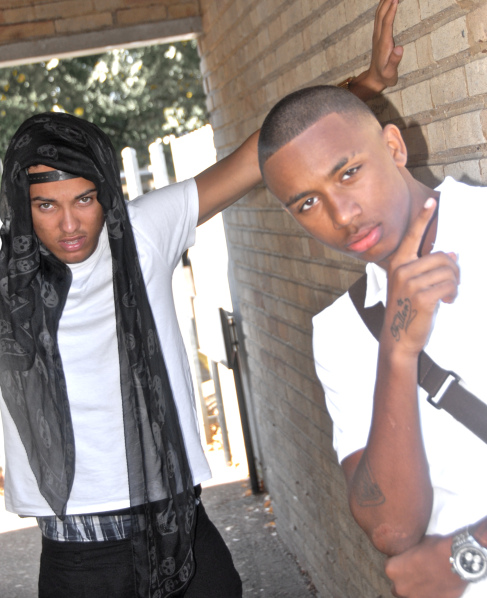 We came across these two talented UK rappers and were impressed that young men of their generation were focusing their content outside of the usual expectations of gang culture, and drug dealing and instead were making universally appealing music. Having just dropped a video three weeks ago for their new collaborative single ‘ Perfect’ and released an E.P called ‘ Welcome to the Talent Sho’ we feel these guys need to be talked about for the right reasons.

Born and raised in Walthamstow, East London Showerz began honing in on his talents at the tender age of 11. Beginning his journey from the confines of his bedroom, he would use downloaded instrumentals from Limewire to test out his lyrics. After keeping his new found passion a secret the young artist later gained that push he needed to release his material. Beginning with his first track ‘Not Like The Rest’ in 2007 to his latest release ‘Winner’ in late 2012, Showerz has gained support from various respected industry establishments. These include radio plays on Reprezent radio, Street Life, Radio Cardiff, Unity Radio Manchester and BBC 1Xtra (DJ Cameo) – as well as appearances on, GRM Daily, SBTV, Link Up TV and various other youth tastemaker blogs.

Taking  his inspiration from the likes of Kanye West, Pharrell and Toro Y Moi as well as sighting them as dream collaborations. Showerz musical repertoire continues to grow aiding him in building upon that hunger to create a vast pallet of sounds within his own material.

Also from Walthamstow is Showerz fellow rapper Tal£nt who has an incredible ability to paint pictures with his lyrics while delivering catchy flows over versatile beats. Starting out at the age of 10, Tal£nt drew his inspiration from the late and great Tupac Shakur. He dropped his first mixtape at the age of 13  called ‘The Kick Off’, then dropped the second mixtape three years later at the age of 16 called ‘Success Awaits’. Both tapes were milestones in Tal£nt’s career each garnering him more experience and listeners.

Both of these talented rappers are represented by Tru Starz management and under that label have worked together on the collaborative E.P ‘Welcome To The Tal£ent Sho’. After releasing the unexpected refix of Kate Nash’s hit ‘Foundations’ the rappers are now set to release the second instalment from their EP in the form of original track ‘Perfect’. Based on a woman’s perception of herself with her growing need to be perfect, the authentic track plays with the realness of rap music mixed with elements of fun and humour. The collaboration single speaks of the rappers fascination with females and the way they hide their insecurities. Conveying an air of openness within their music the EP looks to create a distinctive foundation for both the artists to later release more of their own solo material. These rappers really impress with their videos and their non aggressive content. If you like good quality U.K music with that urban rawness to it then check out their material and link up with them on Twitter.