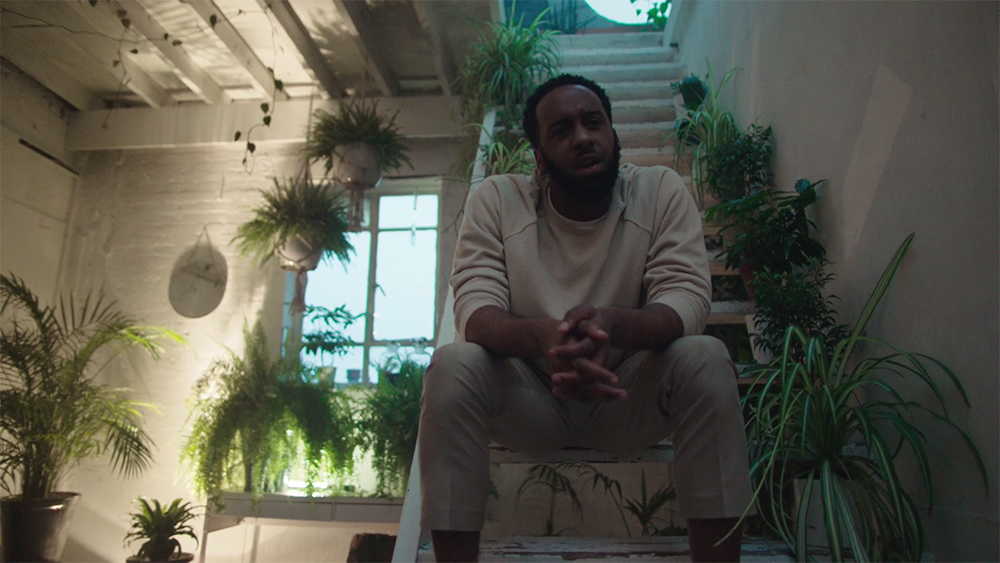 After releasing his second EP ‘The Island’ in November last year, R&B singer Shakka releases the impressive new video for ‘Don’t Call Me’, one of the songs that appears on that EP. Last year had its positives for Shakka with him selling out KOKO, winning Best R&B/Soul Act at the MOBO’s for a second year in a row and following the success of his debut Pitched Up/Sony Music UK release ‘The Lost Boys’ EP, Shakka followed that up with ‘The Island’.

However now in collaboration with Asylum 33, the London collective and the singer have come together to make this new video which spins a tale of Shakka having flashblacks all sparked by an phone call with him sounding like he’s battling against himself while having particularly sour looking flashbacks of a relationship he would rather forget. When it came to working with Shakka, Ray Fiasco of Asylum 33 talks keenly about working with the singer:

“I’ve wanted to work with Shakka for a while, to capture the energy of his music in a visual, and I really think ‘Don’t Call Me’ captures that so well. He’s really great to work with, he brought such a cool energy to the day, so we’re all really happy with it all overall.”

When asked about his ideas and concepts for the colourful-looking visual, Ray elaborated:

“The video is about Shakka having a self-combatting inner dialogue, triggered by a phone call in the morning, waking him up. He spends the video having flashbacks of moments with his ex-girlfriend. Every part of his day triggers a memory attached to where he is, or a flashback.”

Clearly from the result of the video, the collaboration between Asylum 33 and Shakka was a success, the video clearly painting an emotive picture tinged with anguish and regret. Although it is intriguing that the theme of the song, one that resonates with the desire to be alone can contrast such an uplifting and positive sounding production, an interesting irony indeed. Shakka is a talented singer-songwriter, let’s hope there’s more to come from him this year.

Something In The Water EP & New Album Com...