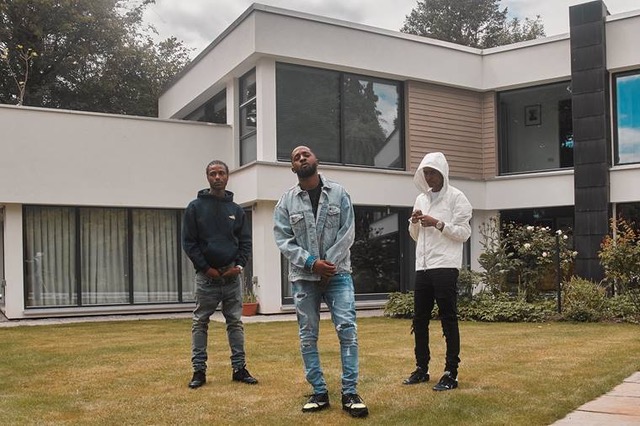 Having already established himself as an all-round artist who has proven himself in production and songwriting, from the UK underground to some of the biggest artists in the world now it’s Sean 1da’s turn to take the spotlight with his debut single ‘Double Up’.

Serving up serious summer vibes, Double Up boasts a Caribbean laced production with a contagious steelpan percussion over a well upholstered beat. Wanting to turn the heat up a notch Sean 1da levied two of North London’s hottest exports, OFB representatives Bandokay and Double Lz, to further cement the tunes key themes of believing in yourself, investing in your side hustle and doubling up.

“A lot was going on during the time that I wrote it,” says Sean. “The pandemic was just starting, and people were losing jobs. So, the message I had was just to double up, have a side hustle, don’t just rely on one thing. If you just have one job and you’re relying on that – what are you going to fall back on? Whatever you’re doing, whatever field you’re in, just make sure that you double up.”

This concept is one that’s particularly relatable to Sean, who has pivoted and adapted throughout his career. Raised between the outer London borough of Bexley and Peckham’s youth clubs, he began teaching himself to make beats at the age of 16 and by university had formed the production collective 3 Mindz alongside P2J and Crumbz. He later felt the urge to express himself further by becoming a songwriter and placed tracks with a broad spectrum of homegrown artists including IAMDDB, Loick Essien, Eugy, Ramz, Koomz and Avelino.

Despite the global pandemic, 2020 has been a productive year for Sean. Earlier in the year he contributed to Skepta, Chip and Young Adz’s acclaimed ‘Insomnia’ album, writing the UK garage-inspired ‘Mic Check ’alongside regular collaborator Nia V and producer RXWNTREE. And on a trip to Sweden, prior to COVID-19, Sean worked with producer DJ Camper (H.e.r, Teyana Taylor, John Legend) where the pair wrote ‘Say Something ’for Brandy’s highly anticipated seventh album ‘B7’.

Watch the video below