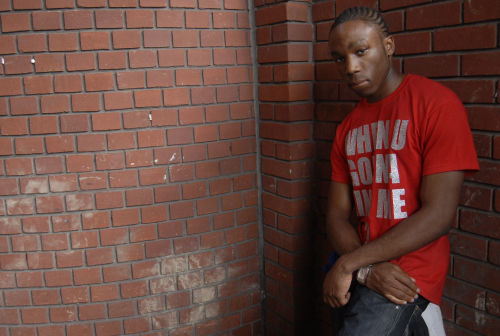 We are fans of a very talented UK rap artist, who has experienced negativity whilst growing up, in various forms and has decided to address the root causes through musical expression, his music is all about positivity and is directed at the youth, values that we value and promote wholeheartedly.

This artist is Scarz. While he doesn’t claim to be an angel, he has always been keen on speaking on social issues and reaching out to the youth as best as he can. Influenced by musicians at his church and rap artists including Nas, he started writing rhymes and was discovered by a small independent label called Wanted Recordz.

In 2006 Scarz wrote and produced an anti bullying song called “You Got Boyd”. The video for the track became number 1 by being the most requested for 3 weeks straight on a satellite channel called Channel U (now Channel AKA) and remained in the charts for a few months.  In 2008 he was involved in a project created to raise drink awareness amongst young people. The song that came out of the project was “Spirit Hold” which has been shown to youth all around the UK. Over the years Scarz has built up performance experience, which has led to him opening up for acts such as Tinie Tempah, Sway and Mister Jam. He has done performances from Macclesfield to France. It’s been a long road but Scarz is finally releasing his full debut album. The title of the album is ‘Spread Love Not War’ it highlights Scarz’ aim of using his music to positively influence people.

Be the first to comment on "SCARZ – UK RAPPER / PRODUCER"