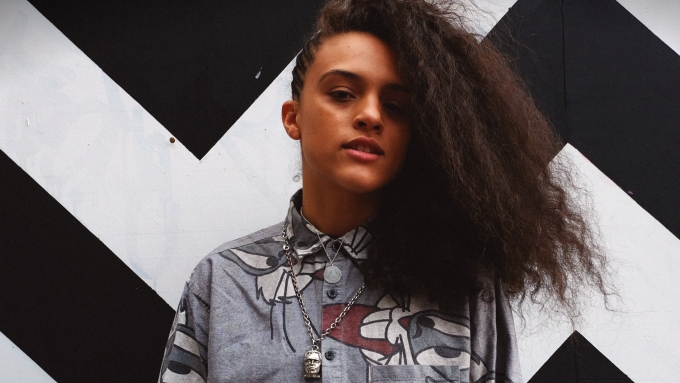 Comprised of Jenna Dickens and Ben Langmaid, Rude GRL is an up and coming British group that draw influences from early 80s and 90s hip-hop as well as post-punk. The newly formed group actually has a strong musical past, the front woman Dickens has actually worked with Wiley, Roll Deep. and Basement Jaxx to name a few. Langmaid on the other hand is formerly of La Roux.

There influences are clear from the visuals alone of the their debut track It’s Like That (Survival Of The Sickest). The visual have the old VHS grain anyone above the age of 20 will fondly remember as well as many old school video clips. As soon as the songs chorus hits it becomes immediately obvious where the tracks title came from. It’s Like That samples the classic Run DMC song of the same name.

Despite the old sample the track remains modern and should definitely feature on your summer playlist thanks to the positive sound the duo created for It’s Like That not to mention the fact that British female MCs are currently killing the game. Be sure to follow Rude Grl on their Facebook, Instagram and Twitter in order to keep up to date with the,