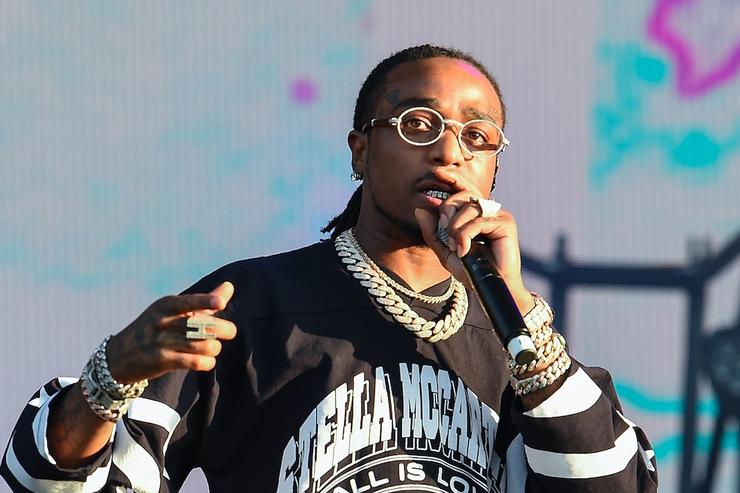 Here it is! Finally, after hitting us with bangers such as “Workin Me”. “Bubble Gum” & “Lamb Talk”, Huncho is back with his solo album entitled “Quavo Huncho”, a fitting name for the Migos frontman.

The 19-track project features appearances from the big hitters in the game, including Drake, Lil Baby, Travis Scott, Offset, Takeoff, Kid Cudi, Cardi B, and girlfriend Saweetie, and others. The production is handled by the likes of Murda Beatz, Pharrell, DJ Durel, Buddha Bless, and more.

Speaking on the project, Quavo explained that the solo endeavors are really about making the rap trio even bigger. “Everything I do on my album I can do with the boys,” he said. “We’re just trying something new. I feel like with the boys, it’s bigger—super, super, super bigger moments. If I make myself a great artist by doing this, it only makes our group super, super huge. It makes the demand even bigger and better, because then we’ll be able to do a Migos concert and solo tours all in one, and that’s my dream. My dream is to host a concert, but let the Migos headline it, and I open up,” he said.