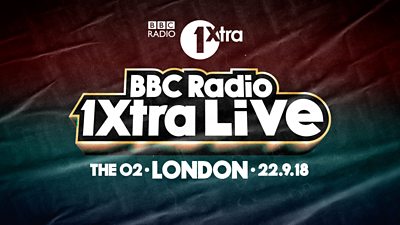 BBC Radio 1Xtra have announced three new acts, Pocaan, Stefflon Don and Kojo Funds, who will be added to the already star studded line up on 22nd September at the London O2 Arena.

Stefflon Don said: “So gassed to be performing at 1Xtra live at the O2 September 22nd – it’s gunna be hype.”

Popcaan said: “The UK holds a special place in my heart so can’t wait to perform for you guys all my UK fans look out for a very special performance.”

Kojo Funds said: “I’m excited to be playing at this year’s 1Xtra Live. The O2 is such a sick venue, can’t wait to perform there!”

International afrobeats star Davido, will hit the stage at the O2 Arena. 1Xtra DJs including DJ Edu have heavily championed his music over the years. Tracks including Coolest Kid in Africa featuring Nasty C, ‘Dami Duro’, ‘Skelewu’, ‘Fall’ and ‘FIA’ featuring Stefflon Don, have appeared on the 1Xtra playlist.

Also joining the line-up will be Ambush, D-Block Europe and Headie One, who will perform a set with 1Xtra DJ Charlie Sloth. 1Xtra has supported their music careers from the beginning, further helping these acts successfully break into the London rap scene.

Davido said: “It’s your boy Davido and I am coming to shutdown 1Xtra Live 2018. Africa is in the building!!! See you there.”

Headie One said: “Feels good to perform at 1Xtra Live this year in my hometown of London. It’s an honour to join everyone else on the line-up.”

Ambush said: “Yhhh 1Xtra it’s been love! Big up yourselves for puttin me on the line up, it’s been a mad year for me but this will be my biggest show to date, O2 bout to be a jumpy place!”

D-Block Europe said: “We’re gonna blow the roof off the building as usual.”

Line up for 1Xtra Live :

DAPPY AND K-KOKE ARE BEEFING AGAIN

Government Wising Up Over “Racist” Form 696?