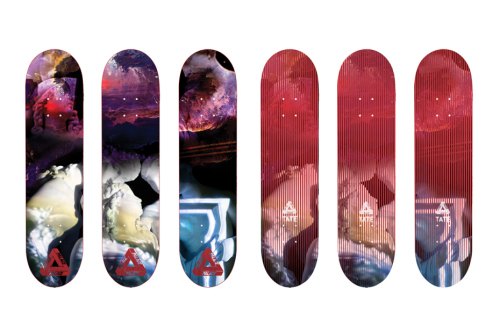 The Tat has celebrated its re-opening by collaborating with a few creative organisations, one of them being Palace Skateboards, on a project called “Recreate with Tate Britain.”

Lev Tanju the what would be called creative director of the english skateboarding brand, seems to be keen on paying homage to the past, with his retro camera skills in the Palace videos, to the distorted graphics on the decks. For this project he took inspiration from the work of John Martin, “The Great Day of his Wrath”. And made it Palace like.

Check out the below video of the creative process involved in the making of these sick decks.

Be the first to comment on "PALACE X TATE BRITIAN"